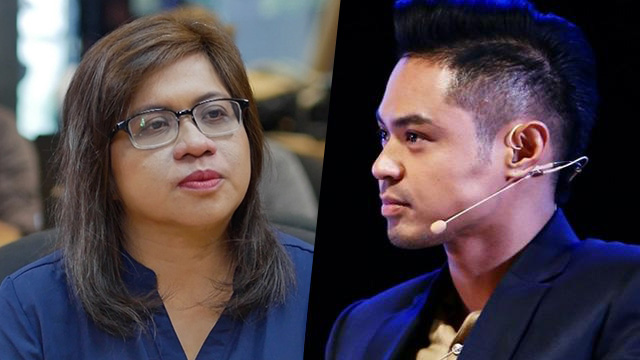 In a complaint filed on Friday, December 8, Laurio is suing Mabanta for his Facebook posts made in October where he made fun of her appearance.

Mabanta describes himself as a “political + social commentator.”

In various posts, Mabanta referred to Laurio as an “Ogre Lady”, who is “profoundly disgusting” and “hideous”. He also accused her of playing the “victim card” and being funded by “Yellows”, referring to the Liberal Party.

According to Laurio’s complaint, the first 3 counts of libel were committed by Mabanta “when he reposted his attacks against my person” via 3 Facebook posts, while the fourth count was committed “when he claimed that the Liberal Party paid for my interview in ANC and that I was tasked to bring up the victim card during the said interview.”

Laurio said she received attacks and messages in her Facebook account – similar to Mabanta’s – disparaging her appearance.

“I have suffered moral shock, public ridicule and humiliation, and serious anxiety. For while Mabanta’s claims were false and untrue, it has also led to several other attacks against me,” the complaint read.

Laurio is seeking compensation for moral damages amounting to “no less than P500,000” for each incident. 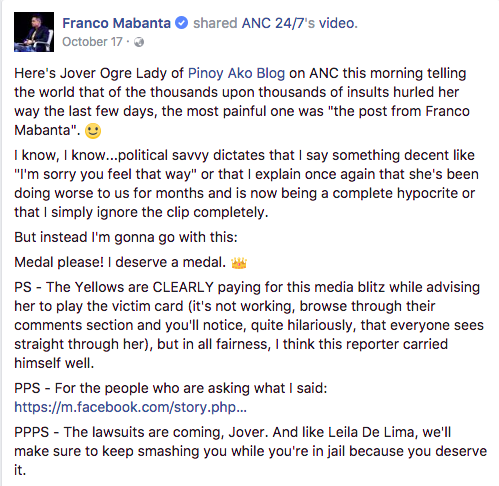 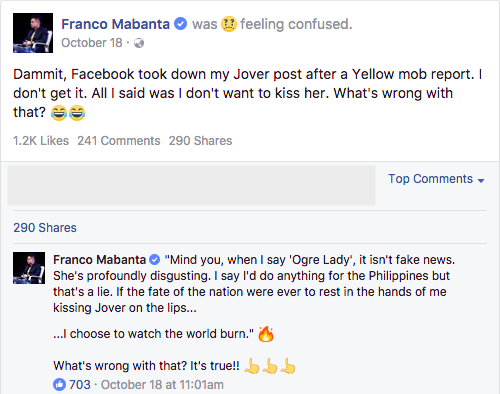 In a blog post also on Friday, December 8, Laurio said the complaint is the start of a series of 3 cases that she will be filing.

In her complaint, Laurio said she is filing a separate complaint against Rey John (RJ) Nieto, a.k.a. “Thinking Pinoy”, and Allantroy Rogando “Sass” Sasot for accusing her of “committing libel against various personalities.” Nieto was a consultant for the Department of Foreign Affairs and claims he had requested for the termination of his contract. There has been no confirmation if his resignation has been accepted.

The two “maliciously and with ill intent”, exposed her as the author of Pinoy Ako Blog, Laurio said. Sasot, sometime in October, announced she was raising funds to pursue legal action against her, Laurio added.

Mabanta, along with bloggers Nieto and Sasot, are supporters of President Rodrigo Duterte. The 3 are said to be close friends.

Mabanta has actively shown support for his fellow staunch supporters online and has disputed those with opposing political views. –with reports from Stacy de Jesus/Rappler.com