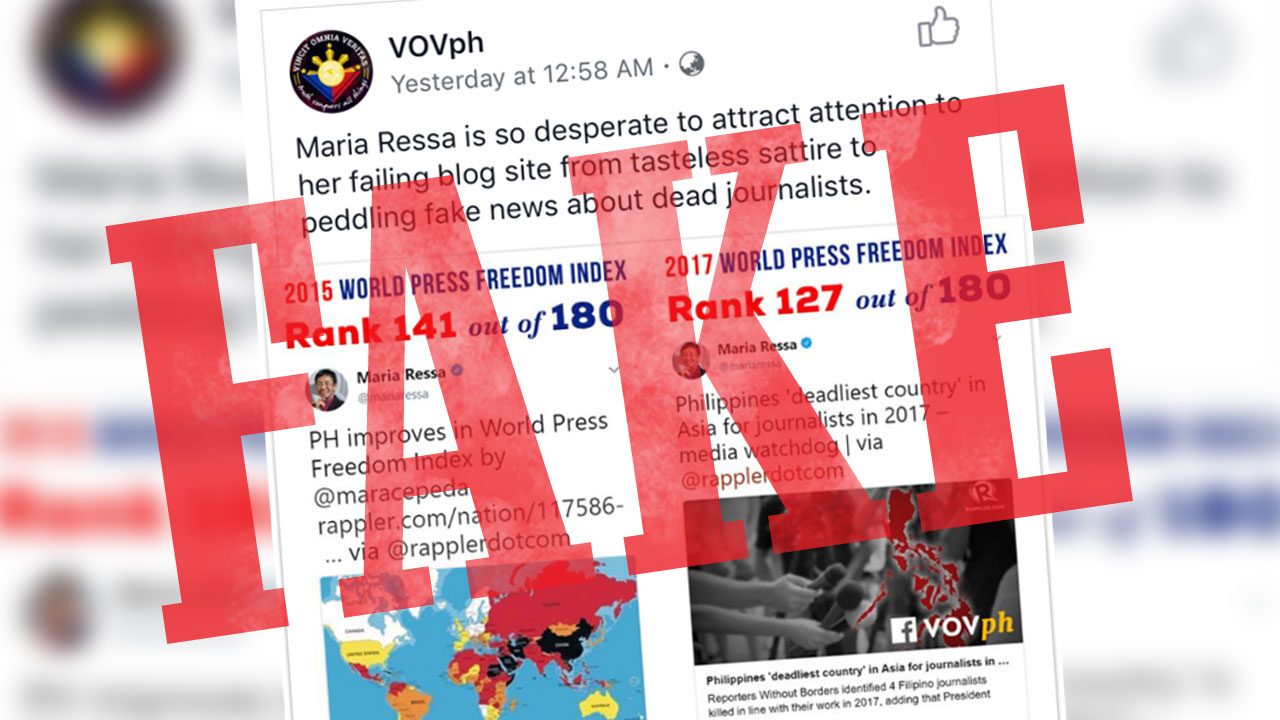 A Facebook post by VovPH compared 2015 and 2017 World Press Freedom Index reports with the intent of hitting our credibility by questioning the accuracy of Ressa’s tweets and Rappler’s reports.

Its graphics, though easy to understand for the layman, are wrong and misleading. It compared reports from non-consecutive years of an index that doesn’t remain constant. It’s a mistake to expect agreement in rankings because they are affected by what happened the year before and by the events of that year.

VovPH left out that Paris-based organization Reporters Without Borders or Reporters Sans Frontières (RSF) reported that 2015 improved because it was compared to events in 2014.

2017, RSF said the Philippines is the ‘deadliest country’ in Asia and among the top 5 most dangerous in the world for journalists. This was reported by many news groups, including Rappler.

Context and facts matter. Do not believe narratives like this. VovPH has been attacking Rappler relentlessly since 2016, sometimes anchoring on some staunch Duterte bloggers’ social media accounts to amplify its message and vice versa. Other attacks are so petty that we don’t bother to respond but posts like this are misleading for the public. It is meant to blur facts and is disinformation at work.

We expect more attacks as we hold the line and maintain our editorial independence free of political pressure. You can support Rappler through here or by downloading Inkl.–Rappler.com