See a friend sharing fake news? Here’s what to do

Nov 15, 2019 1:41 PM PHT
Sofia Virtudes
Facebook Twitter Copy URL
Copied
How do you engage with people who may have fallen victim to disinformation? Here are 3 tips. 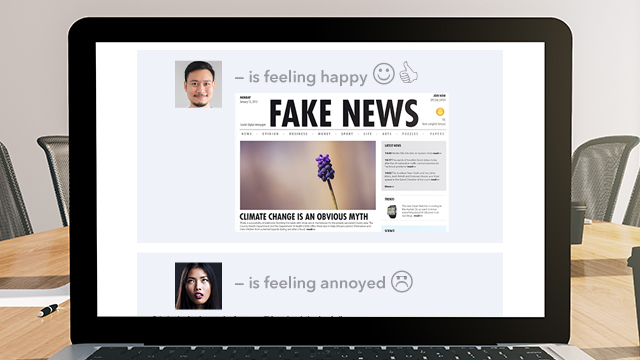 MANILA, Philippines – At the height of widespread propaganda operations that have polarized Filipinos on social media, how do we combat disinformation?

Social media is becoming more accessible for Filipinos year on year. By 2019, 99% of the population is on at least one social media platform, according to the annual digital report from We Are Social and Hootsuite. The same report also said that the Philippines, dubbed the social media capital of the world, topped yet again in worldwide social media use.

With this rapid increase in social media use in the country, Filipinos become all the more vulnerable to the crisis that is disinformation.

And part of the battle against the lies, Chua said, is engaging and countering with truth. (READ: Understand platforms, content to fight disinformation – experts)

But how do you engage with people who may have fallen victim to disinformation? Here are 3 key points from Chua.

Do NOT resort to outright ‘canceling’

When we come across a comment, a post, or a tweet that we deem aggravatingly questionable or is just plain false, we end up muting, unfriending, blocking them, or any other option that would make us see less of the similar content.

On the other hand, some resort to ad hominem attacks and threats, all in an attempt to win the argument.

While it may look like the easy way out, Chua said canceling is not the right way to go about it.

Focus on your narrative

However, with disinformation campaigns operating under machinery, money, and influence, Chua pointed out that truth alone is not enough to combat lies.

He explained that in order to effectively counter disinformation campaigns, one must work on their narrative.

“The battle now is about narratives. It’s not enough to have the truth. You have to have the truth and tell it in such a way that is compelling and relevant to our audience,” Chua explained.

While facts make the case, it’s also important to remember that delivery plays a role in effectively getting your message across. After all, raised voice does not always make one listen.

“The thing that I learned about social media is that if I become rabid about my stance on social issues, [and] on certain historical narratives, the only ones that would listen to me are the ones who already believe in me,” Chua said, “but we have to reach the other side.”

Chua explained that in his case, he learned how to acknowledge valid and factual points raised by the other person.

“So they don’t get mad at me for saying things against Marcos because that’s the historical truth. But they realize na, ‘you know, this guy is sensible enough,’” Chua said.

“When we begin to give to the other side… we can have a more meaningful conversation on issues,” he added. – Rappler.com