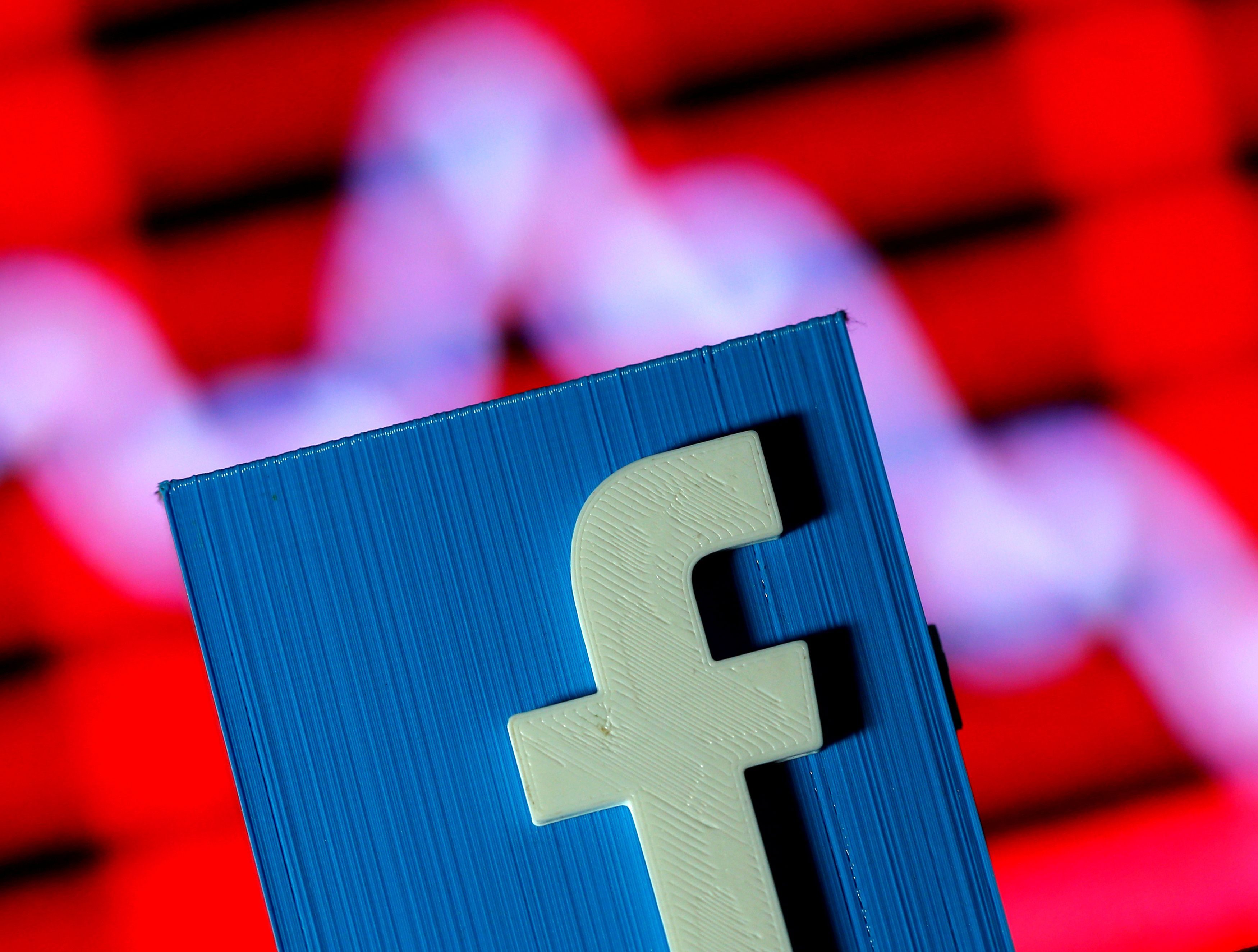 FACEBOOK. A 3D-printed Facebook logo is seen in front of a stock chart in this illustration taken November 3, 2016.

Facebook took down a popular Wall Street discussion group, Robinhood Stock Traders, in a move its founder said was an unjustified response to conversations that have buoyed shares in GameStop Corporation and other companies.

GameStop, AMC Entertainment Holdings Incorporated, and BlackBerry have been at the center of a market battle as individual investors coordinating on social media, including Reddit, and using trading apps such as Robinhood, bought shares and squeezed hedge funds that had bet big the companies would fall.

Allen Tran, a 23-year-old from Chicago who created Robinhood Stock Traders, said he woke up on Wednesday, January 27, to a notification that Facebook had disabled the 157,000-member group. The notification, seen by Reuters, said without detail that the group violated policies on “adult sexual exploitation.”

“We were first on the picking tree to be cut off because we are on Facebook, not a free platform like Reddit,” said Tran, referring to the typically lighter moderation on the discussion website.

Some of his group’s members made tens of thousands of dollars in trades first popularized on Reddit’s WallStreetBets forum, he said.

Facebook spokeswoman Kristen Morea said, “This group was removed for violating our Community Standards, unrelated to the ongoing stock frenzy.” She did not respond to requests to elaborate.

Following Reuters’ report it had been removed, the Robinhood Stock Traders group was restored, said Tran, adding that Facebook did not say why.

Facebook previously suspended his group on January 7 after labeling it a “dangerous organization,” according to correspondence seen by Reuters, although the company reinstated it after he appealed to contacts there.

Tran expressed concern that another group he formed to carry on discussions will also be taken down. – Rappler.com