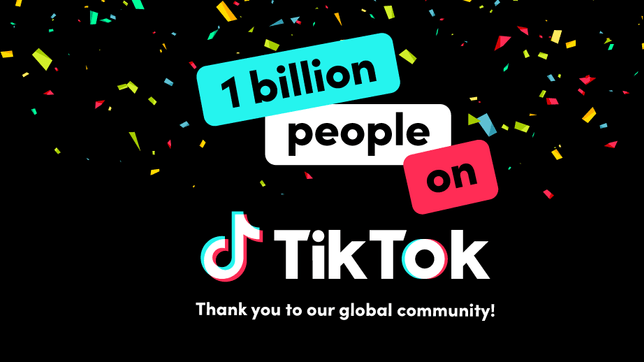 “More than 1 billion people around the world now come to TikTok every month to be entertained as they learn, laugh, or discover something new,” read the announcement. “We’re honored to be a home for our immensely diverse community of families, small businesses, and creators who transform into our favorite stars.”

TikTok also saw a significant surge in downloads amid the COVID-19 pandemic, crossing the 2 billion global download mark sometime in August of last year. Today, the app has been downloaded more than 3 billion times, becoming the first non-Facebook-owned app to hit this milestone.

Beijing-based ByteDance launched Douyin, the app that later came to be known as TikTok, in September 2016. The app was released in some parts of the world in 2017, though it wasn’t until it was merged with lip-sync app musical.ly in 2018 when it became widely available around the world.

Now, TikTok is said to be the social media platform of choice among Gen Z. It’s a platform where users post videos featuring dance routines and comedy skits, among other types of content. – Rappler.com