US senators question Zuckerberg over ban of NYU researchers – report US Energy and Commerce Committee/YouTube screenshot

Facebook’s decision to ban the researchers – Laura Edelson and Damon McCoy – have since been slammed by experts, saying that the research and the tools used to study microtargeting and political ads on the platform do not collect or compile data that may lead to harm. By banning the researchers, Facebook is effectively putting a stop to an initiative that has sought to shed light on how ads are targeted, and the spread of disinformation on the platform.

The tool in question is called the Ad Observer browser extension, which collects data on the ads that people see on Facebook. While the extension can still be installed by users, Facebook has cut off the access of the two researchers – Laura Edelson and Damon McCoy – to Facebook analytics tools such as CrowdTangle.

The US Federal Trade Commission (FTC) itself said that Facebook had misused the privacy decree the parties had agreed to, while US Senator Mark Warner said that the action was a step backward, and was “deeply concerning.”

Warner is joined by two other Democratic senators, Amy Klobuchar and Chris Coons, in a letter to Facebook CEO Mark Zuckerberg over the bans.

“It is imperative that Facebook allow credible academic researchers and journalists to conduct independent research that will help illuminate how the company can better tackle misinformation, disinformation, and other harmful activity that is proliferating on its platforms,” the senators said in the letter.

The senators asked 8 questions, and gave the CEO an August 20 deadline to reply. 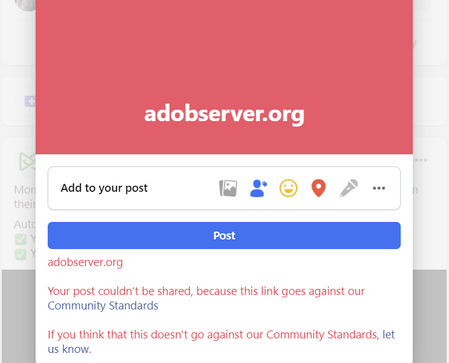 The questions ranged from asking how many other journalist or researcher accounts were disabled in 2021 to requests for more details on the alleged researcher violations, and clarifications on the original blog post announcing the ban.

One question went, “Facebook has suggested that the NYU researchers potentially violated user privacy because the browser extension could have exposed the identity of users who liked or commented on an advertisement. However, both researchers at NYU and other independent researchers have confirmed that the extension did not collect information beyond the frame of the ad, and that the program could not collect personal posts.

Given these technical constraints, what evidence does Facebook have to suggest that this research exposed personal information of non-consenting individuals?”

Vice has posted the full letter on the article. – Rappler.com