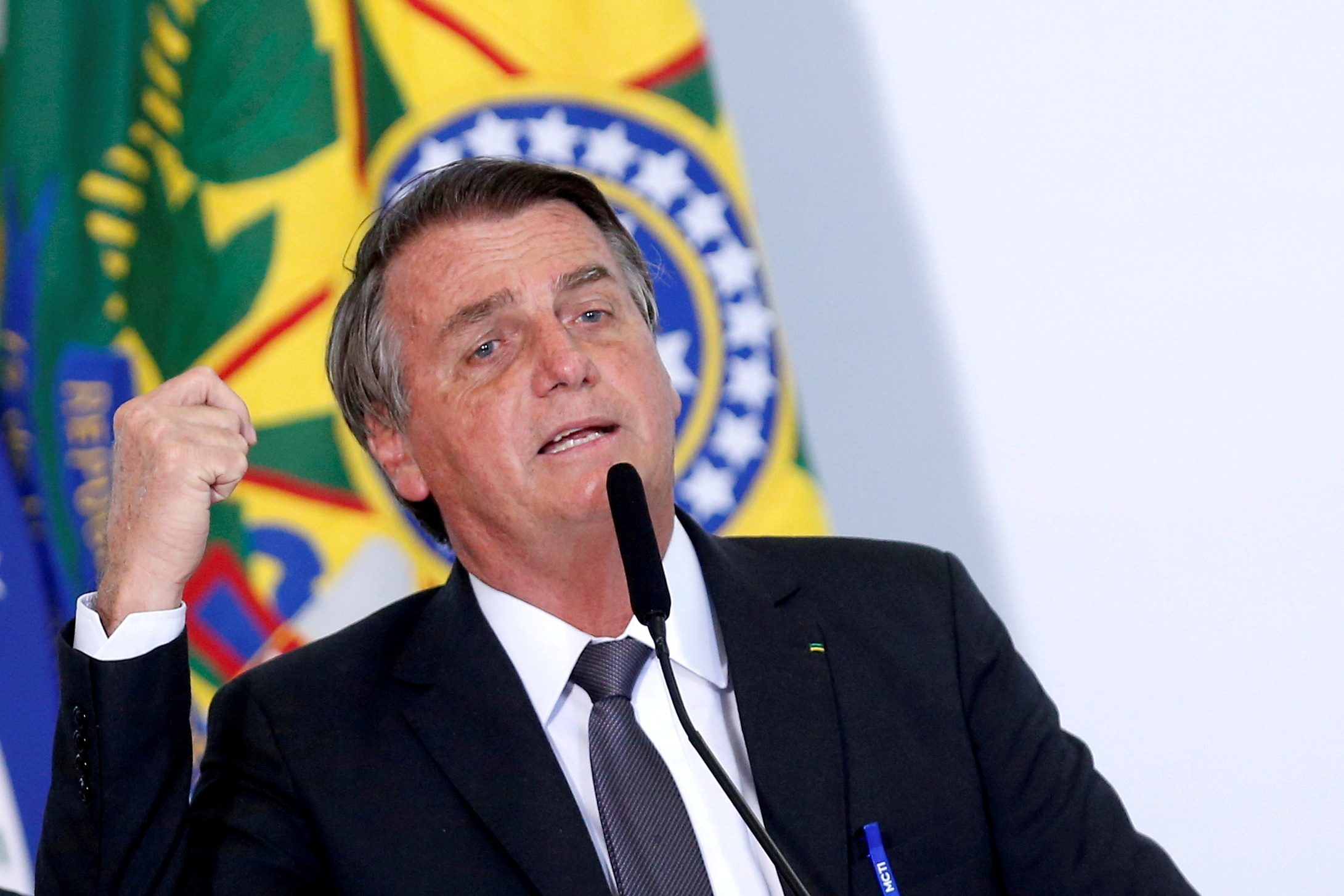 BOLSONARO. Brazil's President Jair Bolsonaro speaks during a ceremony to sign a law for the privatization of state-controlled electricity utility Eletrobras, at the Planalto Palace in Brasilia, Brazil, July 13, 2021

YouTube said on Wednesday it had removed videos from Brazilian President Jair Bolsonaro’s channel for spreading misinformation about the coronavirus outbreak, becoming the latest tech giant to pull his pandemic pronouncements.

YouTube said in a press release the decision was taken “after careful review” and without consideration for Bolsonaro’s job or political ideology. The far-right former army captain, who has overseen the world’s second deadliest outbreak, has won widespread criticism for railing against lockdowns, touting unproven miracle cures, sowing vaccine doubts and shunning masks.

“Our rules do not allow content that states that hydroxychloroquine and/or ivermectin are effective in treating or preventing COVID-19, that states there is a cure for the disease, or says that masks do not work to prevent the spread of the virus,” it said in a statement.

The president’s office did not immediately respond to a request for comment.

Last year, both Twitter and Facebook took down videos of Bolsonaro for breaching their terms of use after he made pronouncements that went against the recommendations of global public health experts.

Bolsonaro’s YouTube channel plays host to his weekly national addresses, which are folksy, musical events in which he invites on ministers, takes questions from viewers and blasts his enemies.

During the chats, which also go out on his Facebook page, he regularly expounds on his doubts about the severity of the virus, the foolishness of stay-at-home measures and the wonders of unproven drugs like hydroxychloroquine. – Rappler.com