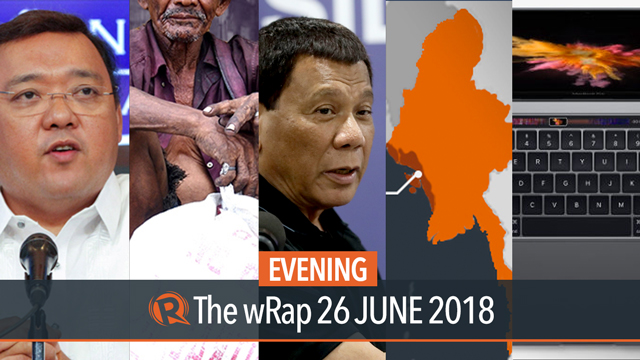 President Rodrigo Duterte forms a 3-member committee to dialogue with the Catholic Church.

Human Rights Watch or HRW slams the anti-tambay campaign as another effort to target poor Filipinos.

President Rodrigo Duterte says ‘tambays’ or loiterers below 18 years old should be taken into police custody for their own protection.

Apple acknowledges the problem with its keyboards and is now extending warranty coverage for problematic devices.