The cost of traffic in Metro Manila

Mar 5, 2014 11:53 AM PHT
Rappler.com
Facebook Twitter Copy URL
Copied
How will massive traffic jams due to road projects until 2016 affect road users in the short term? 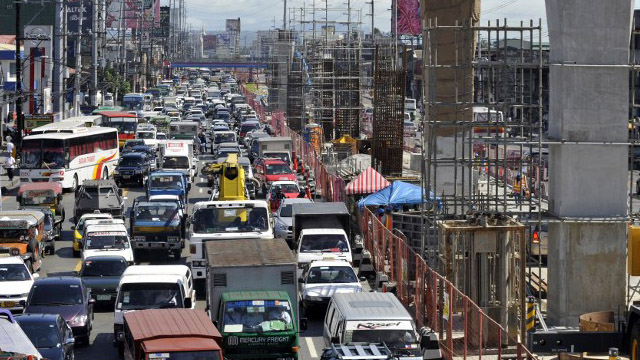 MANILA, Philippines – Metro Manila residents will have to endure massive traffic jams until 2016 as work begins on at least 15 road projects.
The government says it’s a long-term solution to traffic, but how will this affect road users in the short term?
Katerina Francisco reports.

At least 15 road projects in an already congested city it’s a traffic nightmare for residents of Metro Manila.
The government promises faster travel and less congested roads by 2016 but for jeepney driver Erasto Fernandez, it’s a long wait.
Until the projects are completed, the traffic jams will hit him where it hurts: his pockets.

Silvano Tero begins his day picking up passengers at 4 am to earn P800 a day.
It’s enough to feed his family, he says — but it won’t be if traffic gets worse.

Traffic has long been a problem in Metro Manila — and it’s costing the country.
The gridlocks turn investors away and a study shows the Philippines loses P2.4 billion a day in potential income from the traffic jams in Metro Manila alone.
This includes lost work hours, lost business opportunities due to delays and missed deadlines and wasted fuel.

The losses add up to P576 billion a year just for the economic cost of traffic on weekdays.
That’s more than the P400 billion infrastructure budget for 2014.

The government says its road projects will solve traffic and help the Philippines achieve this administration’s catchphrase: inclusive growth.
But how inclusive are projects intended for road users?
For Regidor, inclusivity also means making reliable public transportation a priority.