Sep 22, 2014 7:32 AM PHT
Rappler.com
Facebook Twitter Copy URL
Copied
Join the conversation on September 16, 2014, as we imagine how industries and societies will change with the help of technology and social media MANILA, Philippines – On Tuesday, September 16, Rappler, Microsoft and the Global Center for Journalism and Democracy kicked off the first of 4 all-day think-sessions about what technology and the future hold for us.

In PH+SocialGood: Manila #2030NOW, we brought unique voices and projects from the world to Manila and Manila to the world.

The Evolution of Journalism, Kelli Arena

Q & A with Maria Ressa and Kelli Arena

Q & A with Sec. Lucille Sering

Q & A with Geena Rocero and Sheila Marcelo

Q & A with Jackie Chang, Joel Garcia and Dondi Mapa

International and Filipino speakers talk about their passions and how technology has helped them change the game.

It’s a world of collaboration, moving away from top-down control to bottom up initiatives.

We looked at how technology can be used to deal with climate change and the impact it leaves behind; how identity and movements are formed today; how journalism is changing; how businesses can transform and empower women; how efforts to collapse the digital divide are moving, helping bring the Internet to the next billion people; and finally, how you can help make sure there are no casualties in the next typhoon.

This day is brought to you with the help of the Ayala Foundation and Ayala Land.

The Speakers include (in alphabetical order)

As a Product Partnerships Manager, Jackie Chang has spent over 7 years at Facebook working on various products including the Developer Platform. She is currently working on Internet.org and focused on launching free data access to basic services including local health, employment, and news information in various countries.

Jackie graduated from UC Berkeley in 2004 with degrees in Political Science and Business.

Dr. Enia’s research explores the ways in which political and economic institutions structure the incentives around collective action. His current projects explore the roles that political institutions play in mitigating the effects of both natural and man-made disasters.

Luli Heras-de Leon is a managing director of Ayala Corporation, and is concurrently president of the Ayala Foundation.

She started her career as a credit analyst with First City National Bank of Texas (now JP Morgan Chase and Co.), eventually becoming senior vice president of the bank’s Real Estate Division. She also served as president of the Economic Development Division of the Greater Houston Partnership, where she led inbound investment and recruitment initiatives for Houston, Texas.

Luli holds a Bachelor of Arts in Asian Studies from the University of British Columbia and a Master in Business Administration from Thunderbird School of Global Management.

Luli is a wellness advocate, and having worked as a barista, she loves good coffee with a passion.

Sheila’s inspiration to found Care.com stemmed from both her personal and professional experiences. A young mother with two small children who also became part of the “sandwich generation” caring for her parents at an early age, Sheila was challenged to find quality care solutions. She knew this problem was not unique to her family and that there had to be a better solution than the yellow pages. Her career firmly rooted in technology, she knew that was the answer and founded Care.com in 2006. Today, the company is the world’s largest online destination for finding and managing family care, with more than 11.8 million members across 16 countries. Sheila’s passion for technology developed during her time as a management consultant and a teaching fellow at Harvard Business School. Her growing appreciation for the power of technology to help solve real problems for people led her to Upromise, where she was VP of Product Management and Marketing for the service that helped families save for college, and then to executive search engine TheLadders.com, where she was VP and General Manager. Following TheLadders.com, she was an Entrepreneur in Residence at Matrix Partners where she developed the plan for Care.com.

Sheila is also a Henry Crown Fellow with the Aspen Institute (Class of 2012), was awarded a Marshall Memorial Fellowship (2011), and named a Young Global Leader by the World Economic Forum (Class of 2011).

Sheila is a Board Trustee of the Philippine Development Foundation, a non-profit organization that works with the Philippine government on education, innovation and entrepreneurship initiatives. In addition, she sits on the Advisory Board for the Harvard Business School Rock 100 Entrepreneurs Summit, and is an advisor to several start-up companies around the country.

Sheila founded WomenUp.org in 2012 to increase women’s roles in the global economy by providing leadership training, mentorship and support to girls and women through every stage of their lives and careers. A frequent speaker on women in technology and female entrepreneurship and leadership, Sheila has spoken alongside President Obama at the White House Summit on Working Families (2014), with global political and business leaders at The World Economic Forum (2013), and to emerging female leaders at Harvard University (2013) and Northeastern University (2013). 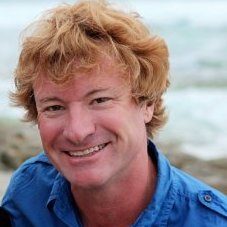 Kris is directly involved with the rebuilding efforts in New York State. In June 2013, following the occurrence of Hurricane Irene, Tropical Storm Lee and most recently Superstorm Sandy– Governor Andrew Cuomo set out to centralize recovery and rebuilding efforts in impacted areas of New York State. Establishing the Office of Storm Recovery, the Governor aimed to address communities’ most urgent needs, while also encouraging the identification of innovative and enduring solutions to strengthen the State’s infrastructure and critical systems. Kris shares his experiences in these programs.

Maria is CEO and Executive Editor of Rappler.com. She has been a journalist in Asia for more than 25 years, most of them as CNN’s bureau chief in Manila then Jakarta. Maria was one of the founders of independent production company, Probe. For 6 years, she set strategic directions and managed more than 1,000 journalists for the largest news group in the Philippines, ABS-CBN.  Her latest book, “From Bin Laden to Facebook,” is part of her work as the Author-in-Residence and Senior Fellow at the International Centre for Political Violence & Terrorism Research in Singapore. She was named the Southeast Asia Visiting Scholar at CORE Lab at the Naval Postgraduate School in Monterey, California.

Born in a little alley in Manila, Philippines, Geena always had big dreams. Growing up, she knew that she was different from her childhood friends. At a young age, she told her mom that her gender assignment at birth was different.

Via a random encounter during a town fiesta at the age of fifteen, a pageant manager approached her to join a beauty contest. This opportunity led her to the world of TransWomen Beauty Pageant in the Philippines. As a young teenager, she then became one of the most prominent figures in the Trans Beauty Pageant world. Geena emigrated to San Francisco in 2001. In 2005, she moved to New York City to pursue a career in modeling and worked with Rimmel Cosmetics, Hanes, and many other fashion/beauty companies.

Through her own experience into womanhood and working as a professional model, she realized her bigger purpose in life was to share her journey and work towards justice and beauty in the transgender community.

In March 2014, Geena shared her journey into womanhood and came out as transgender at TED Conference. She also launched Gender Proud, an advocacy and awareness campaign advocating for a Global Gender Recognition Policy that would allow Transgender and gender variant people to change name and gender marker on legal documents without being force to go through surgeries, force sterilization and other de-humanizing barriers. Right now, only a handful of countries allow you to do that.

Secretary Lucille L. Sering is an environmental education advocate. Prior to her stint in government, she served as the College Secretary or Associate Dean of the San Sebastian College of Law. She also taught environmental law and banking and finance subjects. While in the academe, she pushed for environmental law to be a mandatory subject in law schools. While teaching, she also earned her Masteral degree in social entrepreneurship specializing on microfinance from the Asian Institute of Management.

What Worked after Typhoon Haiyan

Post-Yolanda rehabilitation continues to be a top priority for many local foundations. But with all work that needs to be done, how do local foundations begin to choose where and with whom to engage? Ayala Foundation shares its experience and its learnings on Private and Public Partnerships in Negros.

Case studies, challenges and opportunities in disaster preparedness as well as the global view on disasters

Information before, during, and after a disaster can aid in risk reduction and response. This information should be accessible to the public free of charge.

Over 85% of the world’s population lives in areas with existing cellular coverage, yet only about 30% of the total population accesses the Internet. How can we bridge this gap and enable access to the Internet and information that should be inherently available to all?

In this session, we’ll explore how Facebook is addressing this issue through Internet.org and the progress made so far.

Video Message: The Role of Youth in Disaster Preparedness and Response

This Summit was brought to you with the help of the Ayala Foundation and Ayala Land.

This event is also sponsored by the Friedrich Naumann Foundation for Freedom and World Vision.

The Social Good Summit  is an annual, global event that brings together movers and shakers to discuss how technology and social media can be used for social good.