MANILA, Philippines – On Pope Francis’ final mass in the Philippines, he leaves a powerful message that integrates faith into nation building. 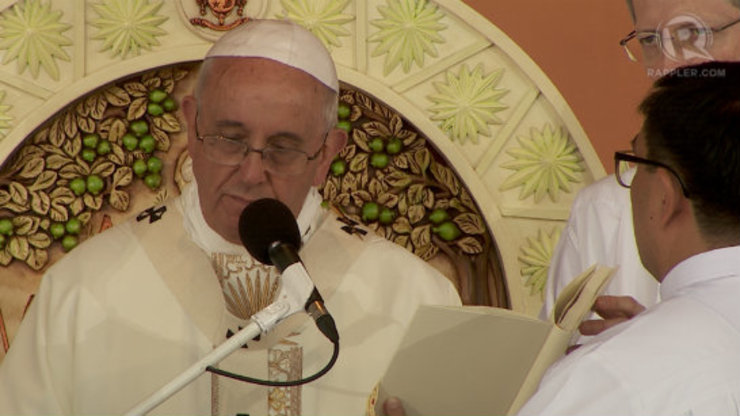 Here in Luneta he meets the general Filipino Catholics, sees the Filipino culture and how it shows their faith.

It’s a fiesta that cannot be dampened even by a typhoon. The mass is solemn.

Pope Francis repeats his message against corruption and highlights the need to protect the Filipino family – a condemnation of a new government policy that funds contraceptives for the poor.

The mass is a culmination of his visit to the Philippines where he called on Filipinos to become outstanding missionaries and ask them to pray for him.