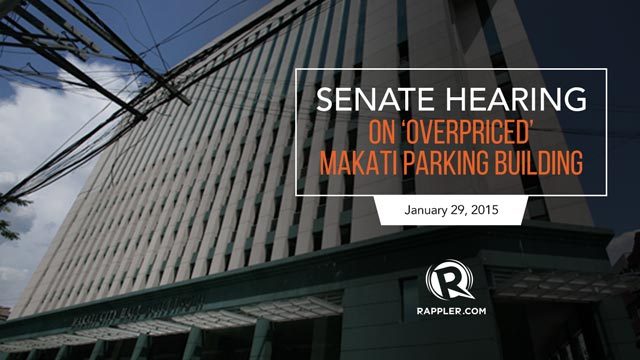 Facebook Twitter Copy URL
Copied
What happened in the Senate after the arrest of Makati Mayor Junjun Binay?

MANILA, Philippines – The probe began in August then branched out into other corruption allegations, including the Vice President’s supposed ownership of “Hacienda Binay,” a 350-hectare property in Rosario, Batangas, and the shortchanging of the Boy Scouts of the Philippines in a land deal with developer Alphaland.

In a recent speech, the Vice President’s son Makati Mayor Junjun Binay slammed his accusers in the Senate as the blue ribbon committee threatened to throw him in jail for snubbing its hearings, calling the series of hearings a “telenovela” and saying he hasn’t been given due process. – Rappler.com