The return of Jeane Napoles

Mar 30, 2015 7:55 AM PHT
Rappler.com
Facebook Twitter Copy URL
Copied
Janet Napoles' baby girl is back in the Philippines, and once again, the spotlight is on her 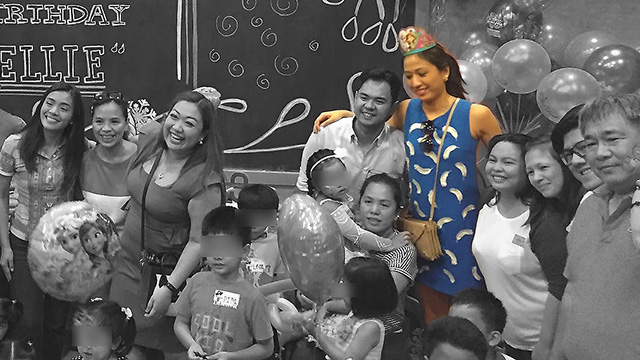 Her old Instagram and Tumblr posts showed her love for shopping, amassing shoes and bags worth thousands of dollars each.

She’s a spoiled, spendthrift twenty-something, but so what? Jeane’s lifestyle is under public scrutiny because it reveals the family’s unexplained wealth.

Her mother Janet is accused of pulling off a mind-boggling scam remarkable not only for the P2.1 billion she allegedly siphoned off, but for the lawmakers she supposedly colluded with, including a former Senate President and 2 actor-senators.

That triggered a storm on social media.

She posted on Instagram, “My ultimate problem every time I pack… what shoes and bag to bring?”

At one point she posts from Hong Kong, “That moment when they close the Celine store for my sissy and I”

Why would a 21 year old deserve such scrutiny?

Because her mother Janet Napoles is accused of pulling off the mother of all scams, allegedly ripping off 2.157 billion pesos from government.

And now Jeane Napoles is back in the country.

In a picture obtained by Rappler taken on October 2014, a smiling Jeane is photographed with her family in a party.

It was only in mid-March that the Bureau of Immigration confirmed Jeane is back in the country.

It seemed her mother didn’t get the memo – she denies her baby girl is in the country.

In the picture with Jeane? Her father Jimmy, her younger brother Christian, and her older siblings Jo Christine and James Christopher, who are also charged with graft for their involvement in the scam.

Jojo is co-accused with Janet for illegal detention for kidnapping Benhur Luy, the primary witness of the pork barrel scam.

Jojo is still at large. The picture was taken at a party for his youngest daughter.

Her mother – now detained – was accused of pocketing taxpayers’ money by colluding with lawmakers.

In the photo, Jeane is pictured sporting a designer Balenciaga purse which costs about P45,000 and Dior earrings worth about P31,000.

Her older sister Jo Christine is pictured carrying a Celine handbag, estimated to cost about P90,000.

Jeane faces a P17.8 million tax evasion case for her ownership of the LA apartment worth P54.73 million and a farm lot in Pangasinan worth P1.49 million.

Also in the picture is GMA News anchor Vicky Morales, who says she didn’t recognize Jeane at the party.

Morales says she attended the party because her daughter is friends with the birthday celebrant.

But netizens point out… Morales lives in the same apartment complex as the Napoleses.