The fate of Mary Jane Veloso

The parents of Mary Jane Veloso, the FIlipina drug mule on Indonesia’s death row, say she was deceived by a family friend – no less than her godsister.
Buena Bernal talks to the Velosos, who are in anguish over their daughter’s fate. 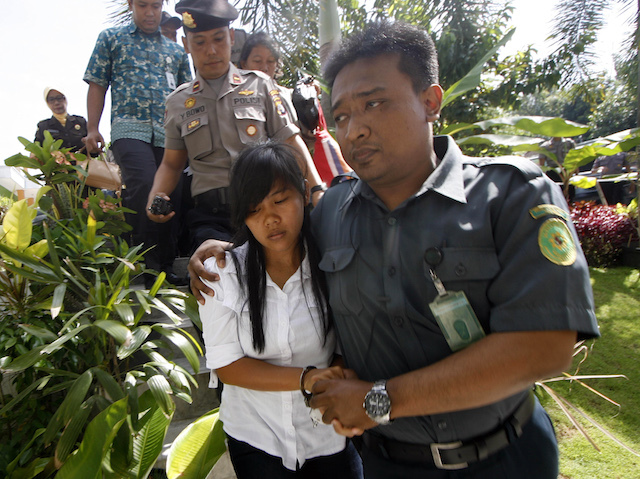 The parents of Mary Jane Fiesta Veloso live in this farming village in Nueva Ecija.

Mary Jane is an overseas Filipino worker and a mother of two.

She’ll be executed in Indonesia for drug smuggling.

They say Mary Jane’s godsister Christine promised her a job as domestic worker in Malaysia.

It was also Christine who sent Mary Jane to Indonesia with 2.6 kilograms of heroin in her luggage.

In Mary Jane’s narrative she had repeatedly tried to get a job through a Manila agency.

And then came Christine.

A high school drop-out, Mary Jane says she hates herself for believing Christine.

CESAR VELOSO, MARY JANE’S FATHER: Ako naman, masaya naman, kasi gusto ko naman guminhawa buhay nila, kaya di na rin ako kumibo. (I was happy at that time, because I wanted her life to be better, and so I did not stop her from taking the job.)

The Veloso home tells the story of a family living hand to mouth.

Around 1.34 million Filipino migrant workers around the world are undocumented.

To check if a recruiting agency has a valid license, there is an online database and a mobile app managed by the Philippine Overseas Employment Administration.

In Mary Jane’s case, that mistake is about to cost her life.

Her father Cesar says he died inside the day he heard the news.

The Veloso couple has no choice but go on with their lives, ​going around ​the ​villages in this city, selling plastic wares.

They have 18 granchildren ​to help feed and look after.

Mary Jane in jail – they have come to accept that.

But not her execution.