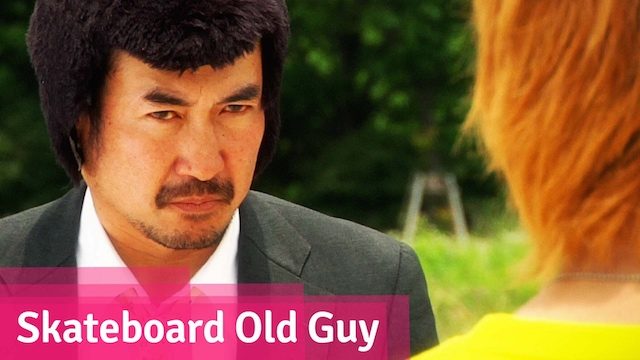 In this Japanese short film, one middle-aged man suddenly appears in front of a young guy, who is practising skateboarding, and begs him to sell his skateboard for some reason. This film is a slapstick comedy of a battle between the two men. – Rappler.com