Tiglao and his fever swamp of conspiracy theories 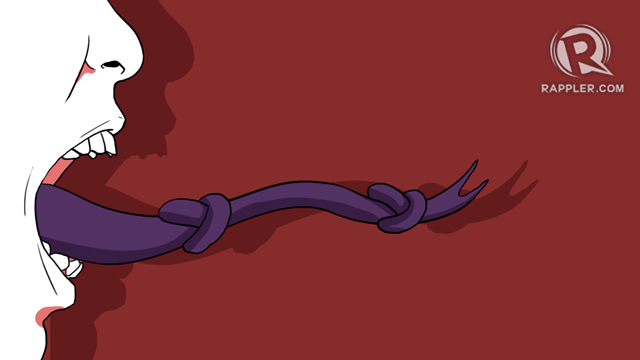 No one wants to waste time responding to baseless accusations and obviously false statements because doing so dignifies them and might lend them credibility.

So we will touch only lightly on Rigoberto Tiglao’s latest missive from the fever swamps of conspiracy theories and then, we hope like others who struggled to get to the end of his latest column, move back into the real world.

Mr Tiglao’s arguments are based not only on make-believe, they are also based on mind-boggling ignorance. One of the most obvious howlers is Mr Tiglao’s jaw-dropping statement that Russia “really has been [Ukraine’s] brother country.”

It would appear that Mr Tiglao missed the annexation of Crimea.

Perhaps he might also want to read Red Famine, Stalin’s War on Ukraine, a brilliant new book reporting on the Soviet-induced famine that starved almost 4 million Ukrainians to death. 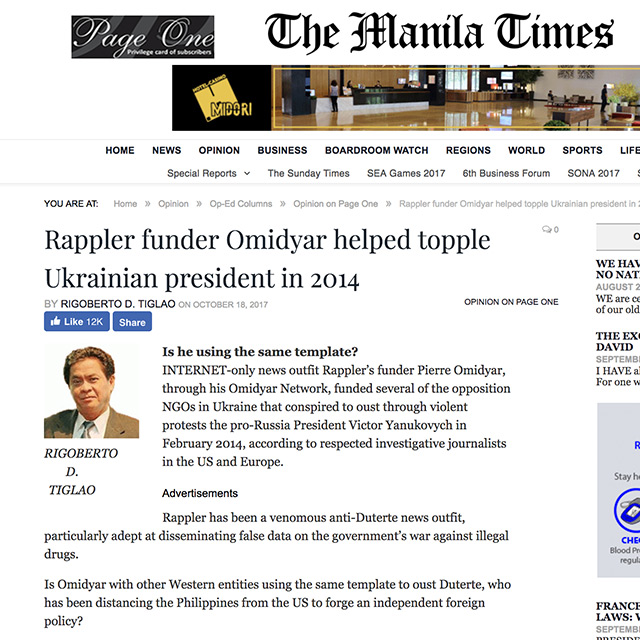 Also, it’s always a signal that someone is just making stuff up when there’s an unsupported statement that someone “reportedly” felt, did, or was motivated by something.

What this usually means is that there is absolutely no evidence to support what has “reportedly” happened. And so Mr Tiglao’s arguments and attacks are built on so many “reportedly” statements that when you take out these fictional statements there really is nothing left to his arguments.

But never let it be said that Mr Tiglao never gets any facts right. (READ: Tiglao’s fake news)

He does recognize that Rappler’s logo is orangish (he says ochre), and compares that with a Ukrainian media website, which appears to have used a similar shade.

Of course, he might further point out that most of the words on Rappler.com are in black type, which is similar to the words that appear on The New York Times, Le Monde, El Pais, Nikkei, and other websites. That must be a conspiracy, surely. (Though we must confess that even when the Soviet Union was at its most virulent, we never stopped eating red apples because they shared a color scheme with the Soviet flag.)

And finally, our favorite “reportedly,” that Maria Ressa, the founder of Rappler, “reportedly knew little about the internet” when she started a purely digital news organization. Now surely this is true in the sense that Ms Ressa isn’t an expert in writing javascript or HTML codes, but we feel pretty sure that Mr Tiglao wasn’t attacking her coding expertise. (READ: Debunking lies about Rappler)

What Ms Ressa did see, and still does, is the power of the internet to deliver fair, useful, and effective news on politics, fashion, sports, culture, and the world in powerful ways. (READ: The Rappler story: Independent journalism with impact)

It’s a shame that Mr Tiglao, rather than embracing Rappler’s success at doing just that, seems obsessed with attacking its independent voice based on make-believe “facts” and fatuous arguments. – Rappler.com