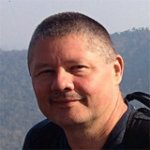 We finally have a new police chief. And in a year, we’re going to have a new president. There are a lot of big issues and problems for them to deal with, but I’d like to add one more thing to the already full plate. I’d like to ask “What’s wrong with our police force?”

On any given day, Philippine newspapers carry stories about crimes committed by cops. Not just minor misdeeds, but serious criminal acts, like kidnapping, extortion, and murder.

In my personal observation, this has been the norm since I first set foot in the Philippines in 1981. I was, at that time, a law enforcement specialist with the US Air Force, so I had a personal interest in observing the way the local police worked.

In the Philippines, incidents of crime and violence involving policemen are usually treated as individual acts of misbehavior, and are attributed to the idea that there are a few “bad apples” in every barrel.

Terms like “scalawags” and “erring policemen” are commonly used to describe cops who have broken the law. The fact is, these events are commonplace and indicate a much deeper problem, as well as a complete refusal of the senior leadership to treat the situation with the seriousness it deserves.

There is something fundamentally wrong with the way our policemen think. There is clearly a difference, in their minds, between the official “by the book” way and the “this is how we really do it” way. The average policeman truly seems to believe that anything goes; that planting evidence, gunning down cellphone snatchers, and protecting other crooked cops, is accepted and even condoned within their institution.

Consider the all too common reports about a group of cops who abduct a person, usually under the pretense of making an arrest.  The poor guy is often taken to the police station first, and then carted off to a private residence, where he is either robbed or held for ransom.  In other cases, he may actually be held right at the police station and forced to pay the officers so they won’t file a particular charge against him.

Think about how this actually works. A policeman, or a group of policemen, makes an arrest, brings the subject to the station and locks him up, and then conducts business-style negotiations with the subject or his relatives, ending with the payment of “bail” and the release of the subject.  All going on right inside the police station.

To make matters worse, when a policeman is actually arrested for this crime, the official charge is usually “unlawful detention”, which makes it sound more like an error in procedure than a kidnapping…which is what it really is.

This happens because supervisors are not supervising. Procedures already exist to prevent this kind of activity, but they are not being followed, and they are not being enforced.  Officially, locking a person up in a police station’s detention cell involves more than one person, and a bit of paperwork.  At the very least, there is always supposed to be a blotter entry and an incident report, and that means that the station commander or shift supervisor must be involved. In addition, no policeman should have the authority to release an arrested person on his own. If a mistake has been made, or if release is warranted for some other official reason, a senior officer must always authorize it, and the situation must always be fully documented.  Formality and procedure exist as a form of check-and-balance, designed to prevent activities such as unlawful detention and extortion by lone-wolf policemen. But in the informal world of Philippine police work, individual cops are allowed to operate so independently that supervisors rarely bother to question their activities.

The bottom line here is pretty simple. The only policemen who have the freedom to engage in criminal or abusive activity are those who are not being properly supervised. If station commanders and shift supervisors would require proper documentation, and monitor their people’s activities, most criminal behavior by policemen would simply not be possible.  Supervisors have the power to completely eliminate this problem.

A properly supervised patrolman doesn’t have time to sit and read the newspaper, let alone time to engage in kidnapping or extortion.  If cops are kept busy doing the job they are paid to do, and if supervisors stay on top of their people, crimes committed by lawmen will drop dramatically, almost overnight.  This requires active supervision by the leadership at all levels.

The relationship between a supervisor and his subordinates is not supposed to be a buddy-buddy relationship, and supervision involves more than just being present in the office. A professional supervisor corrects mistakes and violations, and reprimands improper behavior. As a matter of fact, every time an on-duty policeman is found to have been involved in kidnapping or any other criminal activity, his supervisor must automatically share in some degree of responsibility – simply because the crime could not have been committed if the supervisor had been supervising properly.

This police “culture” will not be changed by values formation seminars, bible studies, or appeals for honest behavior. It will change only when the entire police leadership corps declares, with one voice and without a wink or a nod, that it is unacceptable.

I write this article as a former police supervisor myself. And I can honestly say that, during my entire career, there was never more than a few minutes on any given day that I did not know where my people were and what they were doing. As their supervisor, that was my job.

An important note to keep in mind though – the main reason policemen should be kept busy is not to control cop-crime.  That’s actually just a side benefit.  The real reason is because there is so much work that needs to be done, and policemen are being paid by the taxpayers to do it.  A full day of active, productive work is not too much to ask in exchange.

Michael Brown is a retired member of the US Air Force, and has lived over 16 years in the Philippines. He writes on English, traffic management, law enforcement, and government. Follow him on Twitter at @M_i_c_h_a_e_l