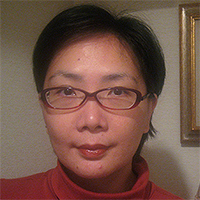 F. Sionil Jose thinks that “seventy years of experience, of reading, travelling, observing and listening” have endowed him with “wisdom based on truth,” “the capacity to know and understand, and to use that knowledge widely, and hopefully, not for one’s own benefit but for a people, a nation, for a noble cause like justice.”

But in order to get to the truth, one must first subject one’s own observations and opinions to rigorous testing by evidence and reasoning; otherwise, there is no truth, only baseless prejudice underpinned by equally fallacious appeals to “self-evident” popular beliefs (including, unfortunately, racist ones).

In his latest column, Jose offers sad proof that 90 years do not a wise man make. Pity the man who won’t face the truth that his beliefs are based largely on faulty reasoning. And Jose has the nerve to invoke Socrates when Jose’s liberal recourse to fallacies undermines the philosophical tradition and elenctic method that Socrates helped establish! Socrates was not a man who accepted popular beliefs as “self-evident truths” just because these beliefs were widely shared; he sought to test these beliefs against logic and fact, something Jose fails to do.

Jose writes: “I never said ALL Chinese Filipinos will collaborate with the Chinese. I said, many. I cannot quantify the forecast; only time will tell.” Jose basically admits that he cannot tell us how “many” Chinese he is sure are traitors/collaborators. Since he admits he cannot make reasoned argumentation based on facts, he tries another tack, this time parading his prejudices as prophecy (“only time will tell”).

Doesn’t the Bible teach us to beware of false prophets?

Jose now calls on the “ethnic Chinese” and “leaders” to “reveal the truth about themselves, whether they are patriots or not, not with words but with deeds.” Apparently, he has come to his senses and realized that shouting one’s loyalty from the rooftops – which was what he was loudly calling for a few columns ago – is of dubious value. The problem with this call for patriotic action is that it won’t serve its stated purpose either. People will be tested by real adversity, not by empty calls for action made by hate-mongering armchair commandos on the basis of hypothetical scenarios. It’s all just “omong kosong”, as the Indonesians call it, or what we Pinoys like to call “kaek-ekan.”

Worse, citing Amy Chua – who is not an expert on the Southeast Asian Chinese, let alone Philippine Chinese, and whose book, World on Fire, is not taken seriously by academics (see, for example, Edmund Terence Gomez’s critique) and would not have been approved for publication by a university press without requiring substantial revisions and fact-checking – won’t do Jose any good, just as citing one David Archibald, a scientist-stockbroker with no expertise on Asia or the Philippines, on the coming war with China didn’t do him any good. Jose is right that there is a free market of ideas, but in any market, there exists the principle of “caveat emptor” (“let the buyer beware”), or in this case, “caveat lector” (“let the reader beware”). 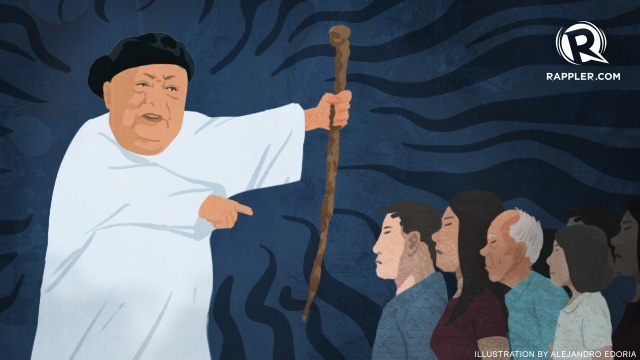 Chua cites a number of newspaper and news magazine articles to come up with a 50-65% estimate of “Chinese economic control,” but given that Chinese Filipino contributions to the Philippine economy are contributions made by Filipinos, the “Chinese” versus “Filipino” contrast she makes relies on facile, racialized distinctions between (unassimilated, alien) “Chinese” and (native) “Filipino” that people like Leloy Claudio have shown to be historically problematic.

The myth of “Chinese control” is an old racial slogan she has resurrected from the colonial and postwar eras when Chinese citizens had difficulty taking Philippine citizenship and were barred from practising professions like medicine, law, and architecture. But integration has already happened since 1975. If people accept that Chinese Filipinos ARE already Filipinos, then their contribution to the economy should not even be an issue.

If Chua and Jose insist on calculating the controlling share of Chinese Filipinos or any ethnic group, then there are at least two major issues that need to be clarified:

1) What do you mean by “ethnic Chinese” when these people are already Filipino citizens? Does this include the likes of Danding Cojuangco or Alfredo Lim or anybody who happens to have a Chinese-sounding surname? What about Chinese Filipinos who already adopted Philippine or Spanish surnames? What about Filipinos of Chinese ancestry who do not self-identify as Chinese Filipino? And even if they identify as Chinese Filipino, why should their Chinese heritage be an economic issue unless you make a racial issue out of this by lumping these people as “aliens” who have no right to live and engage in business in the Philippines? Which brings us back to the old racist argument that these Filipinos cannot be Filipinos because they are “Chinese”!

2) What do you mean by “ownership”? If companies are listed publicly, in most cases “owners” only control a portion of the share of stocks and you cannot equate the value of the company with the owners’ assets. If companies are not listed, then how do you know the precise market value of these companies?  I do not know of any major reliable study that has done this calculation.

Speaking of intellectual laziness, Chua is the same woman who, in a footnote to her book, declares that there exists no rigorous documentation of the kidnappings of the Chinese in the Philippines. There have been in fact a number of published work – including valuable documentation by the Chinese-Filipino digest Tulay – on kidnappings; the only problem is that Chua hasn’t done her basic research.

I, too, share Jose’s concern with the issues of inequality and social justice, but I don’t see how resorting to anti-Chinese baiting will lead to a better understanding of the issues. Scapegoating the “Chinese” often serves to divert our attention from the actions of the predatory Filipino elite more generally and the unequal power relations at work in our society, politics, and economy.

To take one example, when Filipino politicians enacted the Retail Trade Nationalization Act of 1954, this so-called “nationalist” law actually exempted American firms, and therefore, in targeting only the Chinese, did nothing to remedy the neocolonial relationship between the Philippines and America. The irony of this landmark nationalist economic legislation against the Chinese is that it was enacted only a year before the Laurel-Langley Agreement that granted Americans full parity rights in all their business activities in the Philippines. This only goes to show that not all foreigners are treated equally, despite all that talk of nationalism.

And who are the national and local politicians who collaborated with the Americans and the Japanese in the early to mid-20th centuries, who competed among themselves for the spoils of power without working for the greater good of the Filipino people during the post-war years, who declared martial law and plundered the nation, and who brokered deals with ZTE and other mainland Chinese enterprises? Filipinos all.

Since Jose is busy playing the prophet, he should go back to the Bible and re-read Ecclesiastes 4:13: “Better is a poor and wise child than an old and foolish king, who will no more be admonished.”

Jose thinks we should not “mistake love of country for racism.” He has got it all wrong, for he has, alas, mistaken his racism for love of country. – Rappler.com

Carol Hau is professor at the Center for Southeast Asian Studies, Kyoto University. She wrote ‘The Chinese Question: Ethnicity, Nation and Region in and beyond the Philippines’ and is co-editor of ‘Querida: An Anthology.’