Aug 3, 2015 7:00 AM PHT
Leiron Martija
Facebook Twitter Copy URL
Copied
There are only two kinds of vice presidents, according to fictional character Frank Underwood, the doormats or the matadors. Which one would you want your next VP to be? 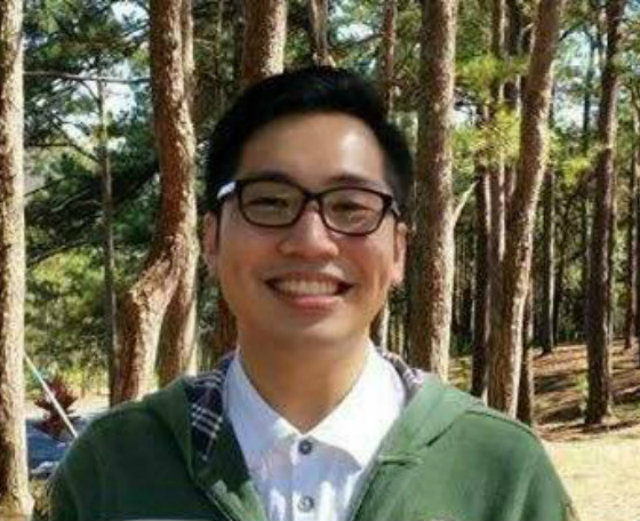 Francis Underwood, a fictional politician in the hit Netflix series House of Cards once remarked: “There are two kinds of vice presidents; doormats and matadors.” In the Philippines however, we give little regard to the vice presidency, in fact treating the quest of presidential candidates to find a running mate with triviality. It baffles me how little we think about the vice presidency, especially during election season. Legally of course, the position reads like an afterthought: the Constitution only mentions the vice president in relation to the president, with no specific section devoted to the position. He is given the same requirements for running as that of the President, and his only legal obligation is to replace the President in the unfortunate event of death or disability.

Legally, the vice president is so unimportant that a failure to elect one doesn’t even warrant running another election; the president may simply appoint a vice president. As long as a vice president meets the same requirements as the Chief Executive, and does not run for two successive terms, his position is legally sound.

But if it’s such a legally irrelevant position, why are presidential candidates so careful with choosing running mates? If the vice president’s only real legal duty is to replace the president in certain difficult situations, why all this dancing around with offers and rebuffs? Why all the carefulness in both appearing to woo running mates and in receiving offers? Why would Sen. Grace Poe waltz around the issue of being a vice presidential candidate for the Liberal Party, but openly wax political morals with words meant for a presidential candidate? Why does Rep. Leni Robredo remark, albeit openly, to the media that she has yet to be offered by the majority party a slot? Why does Gov. Vilma Santos give us first a non-committal answer, followed by her husband’s words of denying such rumors? Why can’t Vice President Binay find someone to run his campaign with him? (READ: Grace Poe, Miriam top VP choices for Mar Roxas – survey)

It lies in a simple political fact – we elect our vice presidents separately.

Borne from this practice alone, the candidacy for vice president becomes one that wields a tremendous amount of influence. Not power, and from here on out there’s a need to distinguish; power may mean the ability to move mountains, but it is influence that moves the people who can move mountains for you. A candidate for the vice presidency is actually a presidential candidate that the voters would, in theory vote for, if only some inconsequential fact were adjusted. As if to say, “Ohh, he could win, but he has no machinery at all.” or, “She could be a great bet, but is still too inexperienced.”

A candidate for the vice presidency enjoys political influence without the strings, very much like the desirable arm candy for a senior prom; it isn’t about what’s really going on between the two of you, but the fact that you’ll be seen with that person. Parties send out feelers and brokers to pitch possible partnerships with politicians who have sufficient influence to capture votes, but not quite enough to win on their own, all in the hopes of turning their aspirations for the presidency into something more tangible. It is the science of quantifying the electoral benefit of the doubt.

Once the campaign starts, the vice presidential candidate enjoys something else entirely – minimal party obligation. Since both he and the party are aware that his purpose is simply to deliver a certain block of votes from a sector which the campaign is having difficulty reaching (the masses, the middle-class, the religious sector, women, anything goes) all he simply needs to do is show up in the right color t-shirt, sing the songs, give the speeches, and appear in all the photo-ops.

A vice presidential candidate enjoys being an integral part of a campaign’s inner circle, and at the same time affords the leisure of a political dilettante; or, if he were to be more sinister, get busy riding his party’s wave to cross over to the other side.

When elected, the vice president enjoys this political independence as well; either they become trophies in Malacanang who sit as cabinet members for the president, or take up pet projects and positions in whichever sector they please. Though the vice president enjoys no constitutional authority like the chief executive, he does enjoy the benefit of time. A vice president can either sit around as an ornament for the administration’s campaign, like a long-lost toy from the good-old-days of the election (“I can’t believe we had that guy to run with us just for the votes!”) or he can start preparing the table he will one day dine on; making promises, brokering deals, courting disaster, planning for the future. 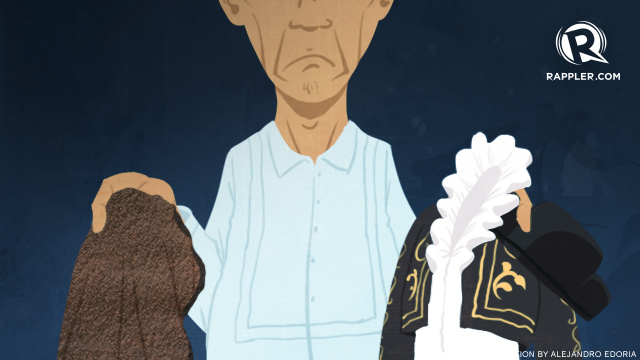 History can illustrate some precedence. President Cory Aquino’s running mate and eventual vice president was Doy Laurel, a vanguard of the Liberal Party who stepped aside to let Cory run for president and win the Liberal Party the elections. When it was clear that President Aquino started caring more for her relatives than for the party, it would be Doy Laurel writing her a letter expressing his abandonment of the administration. Without the confidence of the yellow party’s leaders, President Cory would find her worst fears confirmed – a coup d’etat which attempted to snatch our democracy from the cradle of People Power, and her, still a housewife trapped in Malacanang.

Once that was quelled, the elections in 1992 would begin a trend of selecting vice presidents not as individuals who had the confidence of the president, but politicians who would precisely be distrusted by the chief executive – those voted directly by the people.

Not a vice president, but a second president

President Ramos ran with Governor Lito Osmena, and Estrada steps down to run as the vice presidential candidate for Eduardo “Danding” Cojuanco, Jr. When Ramos won, people had a presidential candidate with strong ties to the military, someone who could indeed pacify the armed forces to follow the people’s will. But power begets power and there was a general distrust towards autocracy. What did voters do? Elect a vice president who was purely populist – a people’s man. Danding would lose, but Estrada would take the vice presidency. In ’98, Estrada saw an opportunity to win the highest position in the land through the masa vote, running his Partido ng Masang Pilipino with Edgardo Angara. On the other side, Jose de Venecia ran with Gloria Macapagal-Arroyo under Lakas. Estrada wins, but voters would not have it. The compromise? electing Arroyo to the vice-presidency as a technocratic check and balance. Estrada would resign, and it would be President Arroyo for the remaining four years of his term.

Then, despite her promise of abandoning further office, Arroyo runs with the hegemonic Lakas-CMD coalition in the ’04 elections with Noli De Castro, who transforms from anchorman to vice president overnight. It’s no mystery why President Arroyo would pick De Castro; her, being a vice president who had accomplished precisely what a matador would, wanted to make sure she got a doormat. Add to the mix a Hello Garci scandal and massive allegations of corruption and disenfranchisement in the elections, you will have Fernando Poe Jr.’s maverick attempt at the presidency fail before it sees the light of day, saddened only by his eventual and untimely death later on.

In the 2010 elections, vice presidentiables continued to influence the elections; Cory had just died, Mar Roxas steps down from his presidential bid to give way to then Senator Noynoy Aquino, in the name of reliving the magic of People Power and earning the Liberal Party a landslide of a win for the presidency. But in the last months of campaigning, a dagger is stabbed by Senator Francis Escudero into the euphoria of the Liberal Party: “Why not have Mayor Jejomar Binay of Makati as vice president?” The dots were already there, and it was Senator Escudero who made the connection for the voters. Why not? It’s just the vice presidency, after all. We had our reservations against Senator Aquino, why not have all bases covered? It is Mayor Binay, who is populist, after all. Mayor Binay, who once campaigned for Tita Cory, who once rallied against Marcos. Aren’t we all in the same page here? Mayor Binay, who can be second president, in any case. Will he be a doormat? A matador? Who cares? It’s just the vice presidency. (READ: Past 6 years to spell difference in Binay-Roxas rematch – Palace)

But a president must compromise. A president must make concessions, broker deals, sign treaties, make promises. A president must deliver. A Chief Executive is bestowed with great power, armed with the width and breadth of government’s executive authority. He is Commander-In-Chief of the military, he spends the taxes which Congress allocates in the national budget, he implements laws that are passed by the legislature, and he must also remain presidential – dignified in speech, principled in character, impenetrable and stoic.

The president is the most powerful office in the land, but he is also the most bound to political promises and to a culture that values the double entendre of delicadeza, which could either mean open loyalty or discreet subterfuge.

A vice president can afford to be a matador – garishly dressed in an ostentatious costume, filligreed with gold and scarlet, a red cape in one hand and a sword in the other. A vice president can dance with the bull, lead it to corners and to walls, feint weakness and riposte with strength, and earn the adulation of the crowds at the spectacle of the violent treachery he commits against the simple creature.

A vice president can court opportunity, flirt with fortune, bide his time for small openings to sting the beast with his blade; just enough to induce the people into fury, just enough to make us see red and charge. When we are tired from being led around, bloodied and broken from the fight, the last thing we’ll see will be the footsteps of the matador as he puts us out of our misery. With a flourish of his cape, roses falling from the galleries, the crowd cheering him on: “Ole! Ole! Ole!” – Rappler.com

Leiron Martija is a writer with a masters in political science from Ateneo De Manila University.