#SG50: My Singapore and the spirit of honest questioning

Aug 7, 2015 5:30 PM PHT
Ravi Varghese
Facebook Twitter Copy URL
Copied
The 'Great Man' theory of history has its limits. The unsung heroes of Singapore’s economic success are the men and women who work hard, save prodigiously and invest in the country’s productive capacity. About a year ago, an American expatriate friend mentioned that he lived near Kim Seng Road in Singapore. He liked the neighborhood, he said, but was surprised by the number of young people who thronged the area on the weekend. Laughing, I pointed out that he had unwittingly moved near Zouk, one of Singapore’s best-known clubs.

We used to be those young people.

National Service was hardly lucrative employment, so we’d stretch our pay by drinking alongside the old men at the kopitiam (coffee shop) near Zouk. But we rarely bother with the kopitiam anymore, to my disappointment. We can afford better now, so those days are behind us.

So it goes in Singapore, a country that prides itself on always looking forward, and always reaching upwards. For better or worse, we see ours as a country of excellence – excellent students, excellent growth, excellent leaders.

The unfortunate flipside to this constant striving for excellence is a niggling dissatisfaction with the way things are today. Trying to balance the two is an enterprise that has plagued philosophers and religions since time immemorial. Some societies seem to manage it better than we do: the Scandinavians, as always, come to mind.

But I sense a change among Singaporeans of my generation. We’re ambitious, it’s true, but probably less materialistic than generations before us. That is the privilege afforded to us by the hard work of our parents and grandparents – the gift of long hours at work, years of saving, and education for their lucky progeny. There is little doubt that our nation’s success owes a great deal to our forerunners’ work ethic and commitment to self-improvement.

It always surprises me, then, that the role of the average Singaporean earns scant coverage in most accounts of our country’s rise.

Understandably, many people focus on Lee Kuan Yew’s stunning achievements. But the “Great Man” theory of history has its limits. The unsung heroes of Singapore’s economic success are the men and women who work hard, save prodigiously and invest in the country’s productive capacity.

Furthermore, the “Great Man” theory focuses excessively on a male-dominated political system. The Dutch economist Albert Winsemius laid out the blueprint for our early industrialization, insisting that the first step was to set up low-value industries, such as the production of shirts and pyjamas, in which women could work. Years later, he noted that “the contribution made by women during the initial years of industrialization has never really been properly studied.” I hope this has changed since he spoke, but if so, that work is under-publicized.

It would also be appropriate to give due credit to the role foreign labor has played in Singapore’s economy. Many households with two earners rely on domestic helpers from other Asian countries. Similarly, our gleaming infrastructure has leaned heavily on the labor of foreign construction workers. Their contributions remind us that sustaining a strong national economy involves a complex web of largely anonymous actors.

In recognizing foreigners’ hard work, though, we have to ask ourselves why their labor has not led to equally strong growth in their home countries. Clearly, good governance has a major part to play.

An honest appraisal of Singapore’s leadership over the past 50 years must acknowledge that, generally speaking, the system has worked. We’ve enjoyed rapid improvement in our material well-being, with sound economic policy enabling a motivated population.

Singapore, once reportedly dismissed by a foreign leader as “a little red dot,” has instead been a leading light of forward-looking policy. National security has been safeguarded, and crime rates are low. It’s easy to take these things for granted at times, but there are too many places in the world where citizens live in existential insecurity as a result of weak or oppressive governments.

At the same time, it’s likely that as Singapore’s citizens become more educated and less materialistic, they will demand a richer civil society. The old rules defining the interplay between civil society and government will certainly have to be updated. There will be awkward steps, perhaps, as the dance begins, but the Singapore political system is far more adaptable than it is often made out to be by foreign commentators. And adapt it must, providing Singaporeans with genuine options in a transparent and just system. 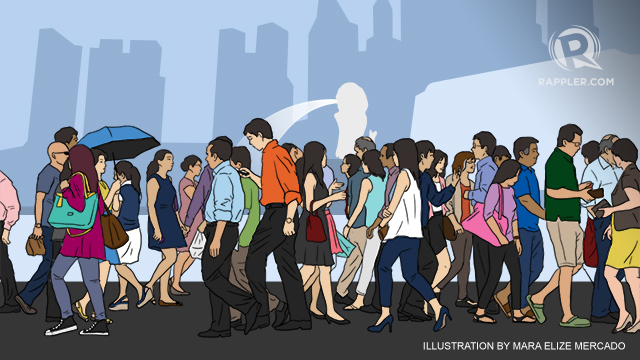 As far as societies go, ours is a young one. A dynamic society has to accept that there will be unforeseen, often scary, challenges.

But we come from a line of successful risk-takers. I’m grateful for the foresight and courage of my grandfathers, who independently decided to forge new lives in Singapore so many years ago. As the philosopher Jean Vanier points out, it is a mark of healthy groups to “[embrace] an unknown future in an attitude of honest questioning.”

If Singapore is to thrive in the next 50 years, the spirit of honest questioning cannot live only in the halls of power. It must spur passionate, informed debate among teenagers and the elderly alike in the local kopitiam. I, for one, am eager to see what the future holds for our country.

I wish all of Rappler’s Singaporean readers a very happy National Day. – Rappler.com

Ravi Varghese is a Singaporean currently living in the United States.