What happened 5 years after PH phased out incandescent bulbs? Do we win all our battles? Definitely not. Some battles last so long that often one forgets when and where they started. But last week, I felt I did win a battle after all.

Every time I visit my local hardware store in Manila, I have directly or indirectly checked on their sales volume of incandescent bulbs. It only took 6 years of waiting to finally get the answer I had been looking for: “Those bulbs are phased out, we only sell compact fluorescent lamps (CFLs) and light-emitting diodes (LEDs).”

One small win, and – after a long pause to realize that it actually happened — a quiet moment of joy.

My battle with incandescent light bulbs (which use about 10% of the electricity they consume to produce light and waste most of the rest on generating unnecessary heat) in the Philippines started at the 2008 Philippines Energy Summit, where experts met to discuss energy security issues in the country when the price of oil had surpassed $100 a barrel.

At the conference, I argued that the Philippines power sector would not be able to meet rising demand without specific energy efficiency plans such as replacing incandescent bulbs with CFLs. 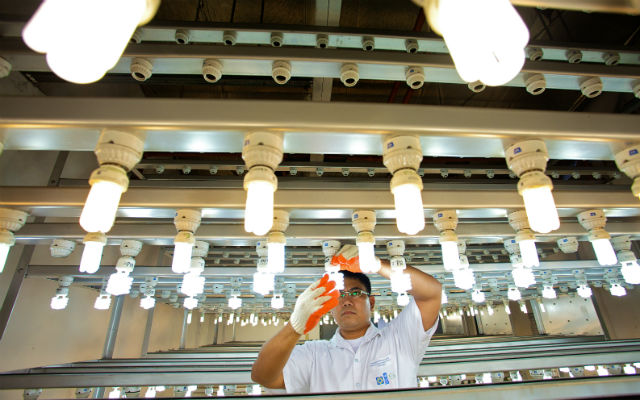 Replacing 1 million incandescent bulbs with CFLs for about $1 million, I pointed out, would save up to 50 megawatts (MW) of power, or the equivalent of building a $50 million power station (not including maintenance, land acquisition, fuel and emissions).

With the support of the late former Energy Secretary Angelo Reyes, we were able to persuade then President Gloria Macapagal Arroyo to make the Philippines the first Asian country to phase out incandescent bulbs by 2010. The Asian Development Bank (ADB) then agreed to finance part of a $46 million project to distribute over 10 million compact fluorescent light bulbs and change most traffic lights to LEDs. According to the Department of Energy (DOE), this has saved about 200 MW of power since 2009. 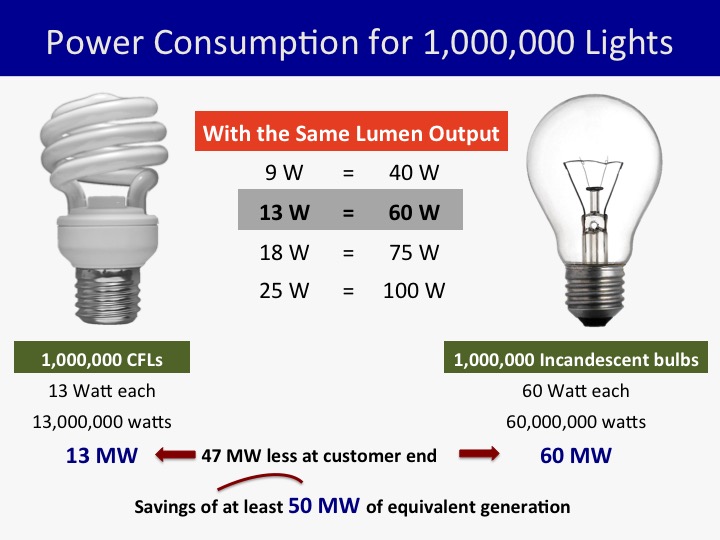 The project had many implementation challenges, but last week I felt inside my heart that all the effort was worth it because it contributed to bringing down the number of incandescent bulbs from 180 million units a year in 2007 to almost zero in just 8 years. Now, most countries have followed the example of the Philippines, not through complicated laws as we thought would be the only way back then but because the market simply doesn’t buy inefficient incandescent bulbs anymore.

This was a small battle for me, Alex Ablaza, and Raquel Huliganga of the Philippine Department of Energy, as well as Undersecretary Loreta Ayson and Tom Crouch, Neeraj Jain and Anthony Jude from ADB who supported us all the way.

The process involved many frustrating hours of discussions and meeting before project approval, including my presentation to the National Economic and Development Authority (NEDA) facing President Arroyo.

While it was nerve-wracking, it was worth it. Now, an average household in the Philippines is not forced to buy the cheapest form of an obsolete technology, which costs way more, because they don’t know better. Now, they finally have a choice.

We all know there is never a wrong time to do or say the right thing, but often it’s not easy, though. As professionals, we pick many battles; some we win, some we lose. A battle against the establishment — power suppliers, producers, systems, processes and procedures — brings mixed blessings. If we don’t celebrate these little wins, we will go down deep in frustration.

Believing in something with conviction does produce results in the long term. Our battles, small or large, define who we are and what we believe in. And a little win like this will give me the energy to fight many more battles they are worth the cause.

Energy efficiency, solar power and electric vehicles are the key solutions to mankind’s fight against climate change. So a new battle is on! – Rappler.com

Sohail Hasnie is a Principal Energy Specialist with ADB’s Central and West Asia Regional Department. He is a firm believer that the solution to climate change lies in new technology, and has applied new technology to ADB projects in Afghanistan, Cambodia, PRC, India, Indonesia, Malaysia and Mongolia, among other Asian countries.