In clearer light: Remembering EDSA in 2016 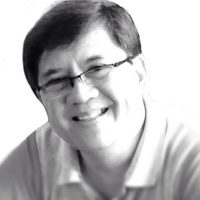 I was at EDSA. Hearing over the radio how a sizable crowd was gathering along EDSA at the gates of Camps Aguinaldo and Crame, Fr. Engelbert Gammad and I made the trip from Tuguegarao to Manila, to join the crowd at EDSA. We were convinced that it was time for the rule of the military to end. We were convinced we were taking up a position for freedom. My brother and sister, who were residing in Manila, needed no convincing. They were prepared to go. My sister even packed sandwiches to share with those at EDSA.

I do not regret having been there. And I rejoiced with most Filipinos when I heard that Ferdinand Marcos had been carried off to Hawaii, and Cory’s government had been sworn into office. I really thought it would be the beginning of a new Philippines. Wracked by one coup after the other, I staunchly defended – in the meager ways I could (from the pulpit, in articles that occasionally found their way to national dailies, in radio interviews, in lectures to a captive audience to students) – Cory’s government. It was, after all, the government I too contributed to install in power.

When I look back at the turbulent years of the Cory administration, I can understand why the EDSA euphoria very soon ebbed as disenchantment set in. She was no manager, and certainly it did make a difference that she had no experience at government. Too much of her own quirks got in the way of her leadership. There is Jimmy Ongpin’s sad story to bear this out.

More than anything else, she was a symbol around which a nation that had grown weary of military rule rallied. And that was in essence how she served the country best: providing us with a symbol around which we were able to gather and marshall forces against what we were then convinced was a god-forsaken regime. As for Martial Law, it was in place too long, and too many abusive people took advantage of it. But Ferdinand Marcos had every right to declare it, as the Constitution of 1935 gave him ample powers to do so, leaving his discretion on this matter virtually unfettered. The Supreme Court was not convinced that the factual basis for declaring martial law was a justiciable issue. And when his authoritarianism was challenged and questioned, Marcos was prepared with an arsenal of American jurisprudence on martial law to prove his point – after all, our commander-in-chief provisions are of American provenance, in the 1935 Constitution. Influential families were carving atrocious portions of the national economy to themselves, and insurgents were having a heyday, as politicians stoked the flames of discontent, they thought, to their own advantage. Truth to tell, when Martial Law was declared, we, in the province felt more secure. About time… that was the common sentiment.

After 6 years of a rudderless administration with an Aquino heir at the helm, we have different optics now with which to look back at EDSA, and many have become more appreciative of Marcos, his intelligence (that only idiots will deny!) and his mastery of statecraft that was not dependent on a caboodle of advisers. And when it becomes clear how the Aquino administrations (Aquino I and Aquino II) restored oligarchic families to positions of privilege – with their corporations virtually a counter-force to government, to be placated and amused at every turn – then we can more readily understand what we have so long despised! It seems that every good legacy that the Aquino administration can offer the nation was exhausted by Aquino I – the 1987 Constitution, a truly independent judiciary (particularly the Supreme Court), among others. It is a pity that there had to be an Aquino II, because this latter chapter has contributed immensely to the disenchantment: it has compromised judicial independence almost irreparably and has given currency to that phrase that is the very antithesis of justice: “selective justice.”

I will remember EDSA prayerfully. I will pray for Ferdinand Marcos and for Cory. I shall remember what I am grateful to both for, but I look to be re-enchanted hopefully some time soon after a 6 year dissipation of the national spirit! – Rappler.com