Apr 4, 2016 3:11 PM PHT
Ted Te
Facebook Twitter Copy URL
Copied
When armed elements of state fire upon farmers, no matter what the provocation (assuming there was), the picture that that paints is, and should be, beyond spin There are certain matters that are, and should be, beyond spin. Violence by government agents against civilians, for one.

When armed elements of state fire upon farmers, no matter what the provocation (assuming there was), the picture that that paints is, and should be, beyond spin. Only the plain and unvarnished truth will suffice. (WATCH: The drought protest that turned bloody in Kidapawan)

In an election season when sobriety has surrendered itself to silliness, the responsibility of government is not to offer justification (and certainly not spin) but to get the truth and determine accountability. But it can only hope to do so in an independent and credible atmosphere that allows such truth and accountability to be found – devoid of political noise.

In this silly season, it is easy to make political noise – any troll who can save to jpg can do so. The burden of one who governs is however heavier and justifiably so, because all the powers of state relevant towards determining the truth and levying accountability are lodged with him. 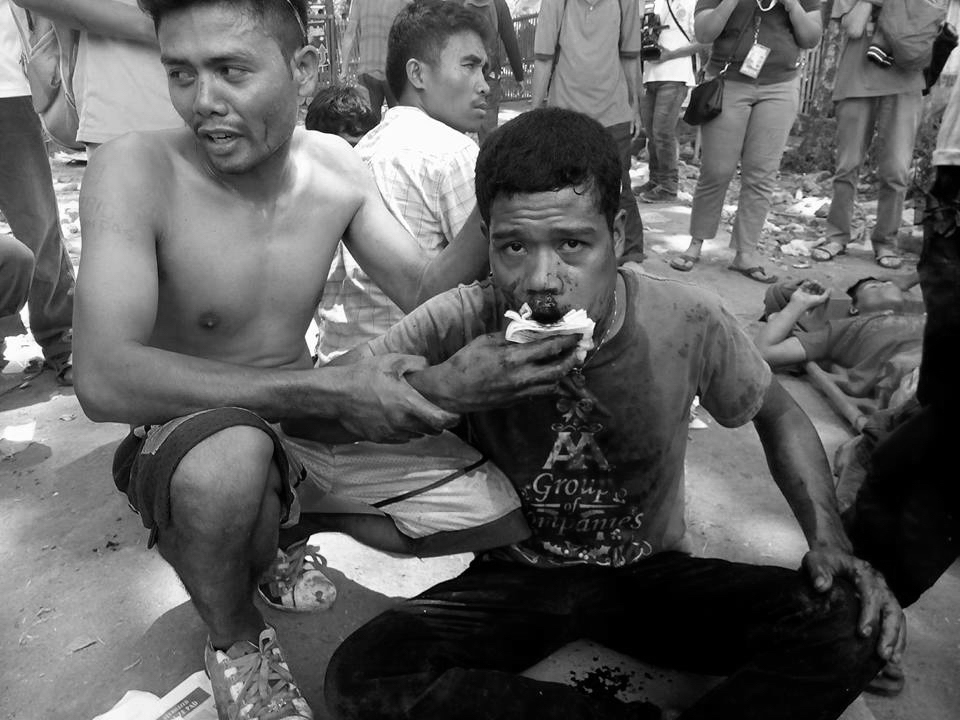 And these powers and instruments must be used judiciously and without regard for political color so that the truth that is determined is neither relative nor calibrated but simply the whole, unvarnished, unadorned truth. Which may, certainly, hurt politically, but is also, certainly, liberating.

The truth of Kidapawan, like others before it, ought not be left to the memes of social media nor the 140-word treatises of the experts inhabiting the Twitter-verse. Instead it ought to be determined independently, methodically, dispassionately, but also urgently.

Ka Pepe Diokno summed up the imperatives for peace in 4 themes during his short-lived stint as peace negotiator and first Chair of the Human Rights Commission of the first Aquino presidency: “Food and Freedom, Jobs and Justice.”

In the twilight of the second Aquino presidency, the same 4 themes call out for urgent attention with this urgent subtext: “Bigas, hindi bala  (Rice, not Bullets).” – Rappler.com

This was originally posted on the author’s personal Facebook page, and does not reflect an opinion representative of his office. It is republished with his permission. He requests that citations should be to his name, omitting title as well as current designation.