Apr 13, 2016 11:01 AM PHT
Facebook Twitter Copy URL
Copied
If the Philippines continues to depend on fossil fuels, it will undoubtedly worsen the conditions of wildlife in the country and, subsequently, our well-being as a society The global perspective on fossil fuels, one of the primary culprits of climate change, has always been focused on the immense energy it provides mankind.

However, its impact on biodiversity, while more devastating to humans than we realize, does not get as much attention. This is more pronounced in the Philippines, which is one of the 18 mega-biodiverse countries in the world.

The country ranks fifth in plant biodiversity, hosting 5% of the global flora, according to the 2014 National Report to the Convention on Biological Diversity. It is also located within the global epicenter of marine biodiversity, with 22,500 square kilometers of coral reefs, which is  home to at least 3,214 fish species. The country also boasts of high species endemism, ranking fourth in bird endemism. Nearly half of its terrestrial wildlife is endemic to the country.

However, the Philippines is also one of the world’s biodiversity hotspots as many of its species face various threats or even extinction. Around 700 threatened species are found in the country, including 207 species of terrestrial mammals, birds, amphibians, reptiles, and 76 fish species. Endangered species include the Philippine crocodile, the tamaraw, and the Philippine eagle, which are endemic to the country.

Plant biodiversity is also threatened in the country. According to the Department of Environment and Natural Resources (DENR), there are 286 plant species that are either endangered or critically endangered as of 2007. A 2.1% annual deforestation rate was observed from 2000 to 2005, while the country’s agricultural biodiversity, including various crops and fruits, is also in decline. 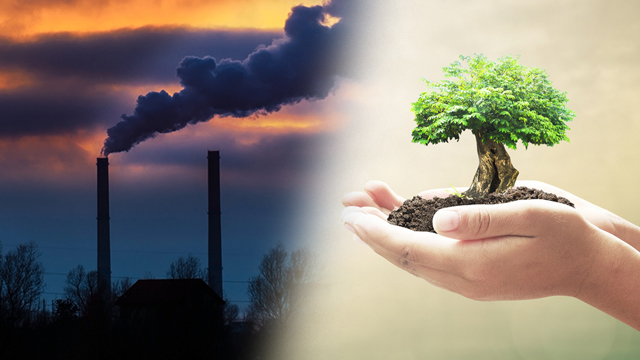 Climate change is perhaps the biggest threat to biodiversity. If the Philippines continues to depend on fossil fuels, it will undoubtedly worsen the conditions of wildlife in the country and, subsequently, our well-being as a society. The entire process of converting fossil fuels to usable energy creates both direct and indirect impacts on biodiversity.

Extraction of fossil fuels through various means such as coal mining, installation of pipelines, and construction of roads leading to the mining site causes direct damage to natural ecosystems.

According to a study by researchers from the University of Queensland, fossil fuel extraction results in noise disturbance, pollution of surrounding air, water, and lands, and destruction of forests and other landscapes that make them unfit for sustaining wildlife populations. The damage may be too drastic for these areas to return to their original states because of factors like invasive species, soil erosion, and illegal hunting.

Burning fossil fuels leads to the release of greenhouse gases into the atmosphere, 93% of which eventually settles into the oceans. This leads to warming of the oceans, which has drastic impacts on marine life. Higher temperatures cause oceanic acidification that result in coral bleaching. This results in large-scale changes in migration and feeding patterns of fishes, turtles, and other aquatic organisms, which in turn has an adverse impact on economic activities that rely on marine resources.

Meanwhile, rapid deforestation rate caused by agriculture and infrastructure development in the Philippines does not only remove an important absorber of carbon dioxide from our atmosphere. It also deprives countless endemic species of birds such as the Philippine eagle of their natural habitat.

The resulting higher temperatures and changed rainfall patterns cause a change in migration patterns, affecting the ability of these species to reproduce. It also forces them to seek new homes in cooler, higher-elevated habitats. Their prey, however, may not relocate as fast, further threatening them to potential extinction.

The curious case of Mindanao

Despite its commitment to reduce greenhouse gas emissions as a result of COP21 in Paris last December 2015, the Philippine government opted to rely on coal for its base load power supply in the future. The Department of Energy (DOE) has approved at least 25 new coal-fired power plants to be constructed across the country, contradicting the government’s commitment to reduce carbon emissions by 70%. (READ: Coal-minded leaders left behind by green energy growth – Al Gore)

While advocates cite the current lower cost of coal that makes it more viable to solve the current energy crisis in the Philippines, the calculated costs do not take into account its impact on biodiversity.

Most of the new coal plants will be built in Mindanao, with some of them located within or near the biodiversity areas that the government is mandated to protect.

A coal-fired power plant operating in Maasim, Sarangani is located near the Tampoan Marine Protected Area. Fisheries expert Prof Dario Morastil explained that such a facility requires 34,000 gallons of seawater every hour to cool down its steam boiler. Removing this much seawater leads to the depletion of phytoplanktons, which is an important food source for animals such as dolphins and dugongs that can affect the marine ecosystem.

In Mindanao, an Aboitiz-owned coal-fired power plant is operating in the town of Binugao along the Davao Gulf. Another coal plant is planned to be built by the San Miguel Corporation in nearby Malita, Davao Occidental.

These waters are home to species of whales and dugongs, and is classified as a biodiversity hotspot. The release of warmer water from the pipes back into the sea can lower the presence of various fish species, which affects the fish catches in nearby coastal communities.

Breaking free from fossil fuels is more than just an act to protect ourselves from its harmful consequences. We should also change our view that everything revolves around man.

For centuries, we have made our world adapt to us when what we should have done was to adapt to our environment. Mother Nature has reminded us of that fact in more extreme ways than we have ever expected.

The Philippine Constitution mandates the state to protect its natural resources and, in turn, protect the right of its people to a “balanced and healthful ecology in accord with the rhythm and harmony of nature”.

The doctrines of various religions, which upholds the morality of humanity, teach that man has an obligation to preserve the world and every treasure it contains.

The time has come for us to realize that trading the long-term health of biodiversity for a short-term boost of cheap yet dirty energy is a deal not worth taking not only because it will ultimately haunt us but also because it is our duty to do so.

Life is essential, regardless of its form or appearance. If we wish to preserve our world, we need to value life outside of our own. – Rappler.com