Why our campaign has blazed the way to our democratic future 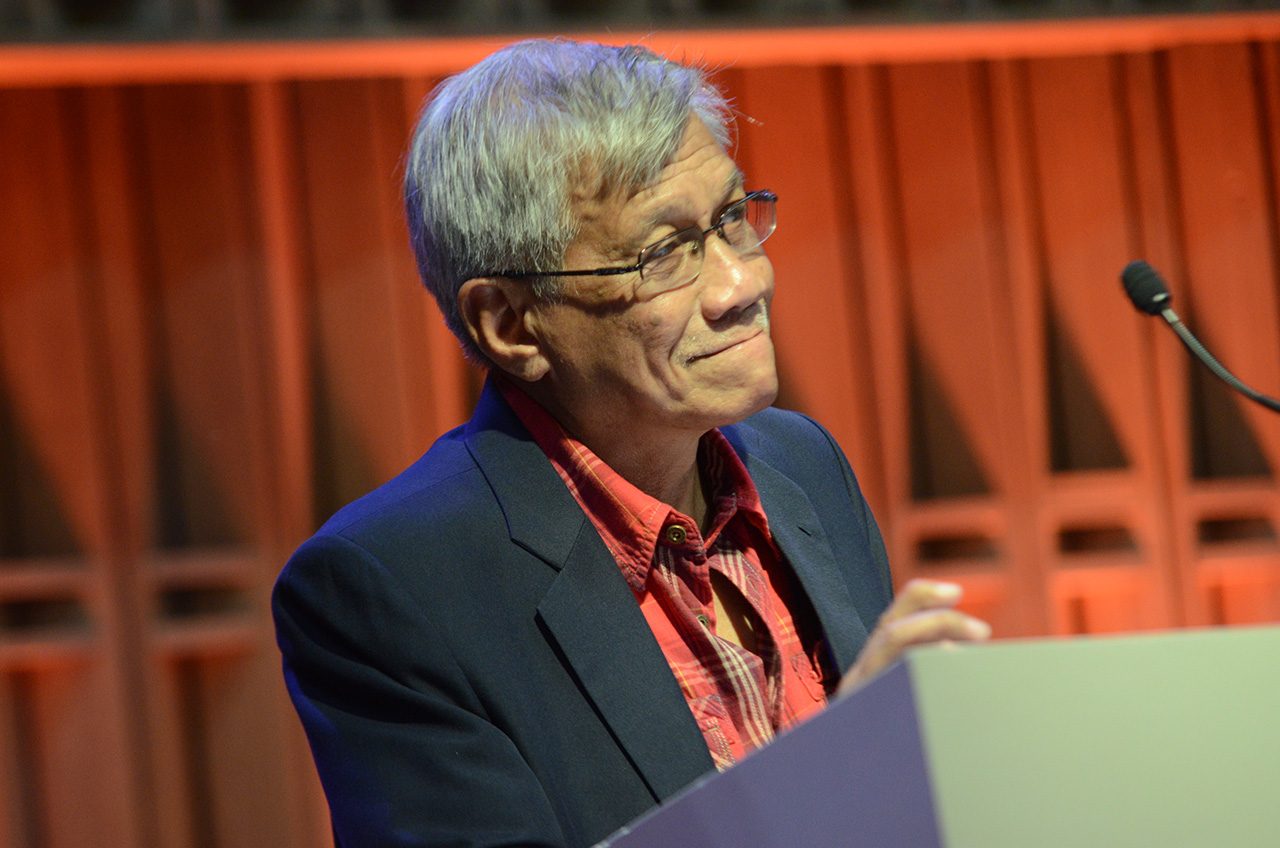 Facebook Twitter Copy URL
Copied
I am not only running against a system. I am running for an alternative system, for a system where people can live honestly, decently, and with dignity. A life of dignity for all Filipinos: This is what this campaign has been all about.

(These are excerpts from Walden Bello’s speech at the Walden Bello for Senator campaign celebration held Saturday, May 7, on the eve of the recent national elections.)

Some of you might be wondering why we billed this gathering as an advanced victory party when the elections still have to take place.

The reason is that we have already won.

We have already won because:

It was an uphill struggle all the way, and a good part of the reason is this campaign started rather late in the game. Many of those running for the Senate had been campaigning months before the official filing of candidacy in mid-October last year. Indeed, some had been running for election or reelection for over a year before that.

You all know the story. Ed Tadem made this suggestion about me running for the presidency around July of last year, and that got the ball rolling that ended with me finally filing my candidacy for the Senate last October at the Philippine Consulate in Chicago.

You all know I had my whole life planned out after I resigned from the House last year: Last quarter of 2015 as “activist in residence” at the A.E. Havens Center at the University of Wisconsin; spring of 2016 (meaning now) as adjunct professor at the State University of New York at Binghamton; fall of 2016 to early 2017 as a fellow at the Center for Southeast Asian Studies in Kyoto University in Japan.

You spoiled my plans, guys, but then, as Don Corleone would put it, your crazy challenge to run for the Senate was an offer I could not refuse.

Even with this late start, we could have done better in the surveys. There was only one hitch: we decided to run the campaign as a campaign should be run in a self-respecting democracy.

First of all, we could not run as part of a ticket because that would have meant defending or at the least keeping quiet on the record of the presidential candidate we were affiliated with.

Second, and related to this, we felt that running for the Senate meant not only running for something but running against something. Inevitably, we had to engage the different presidential candidates, even if that meant alienating some of their supporters. The different candidates illustrated different flaws in the system of governance that our candidacy was aimed against.

How could we keep quiet about the hypocrisy and double standards and bungling of Daang Matuwid, under Aquino and Roxas, which was the reason for my resigning from the House of Representatives in the first place? How would we keep silent about my fears about the fate of due process and human rights under a Duterte presidency? How could we allow Grace Poe to get away with a statement saying Danding Cojuangco had nothing to do with the Coco Levy funds not reaching the coconut farmers? How could we turn a blind eye to Jojo Binay’s Empire of Corruption?

Third, as a matter of principle, we sought no political endorsements from any of the religious kingmakers. It was dismaying to see nearly all the candidates for the presidency and vice presidency and all the leading Senate bets troop to the Iglesia ni Kristo headquarters on Commonwealth and kneel before the Supreme Leader asking for his endorsement. I had criticized the Iglesia as the greatest threat to the constitutional principle of separation of Church and State when it deliberately tied up traffic in EDSA last year, to the grief of millions of commuters, and there was no way I was going to bend my knee before these jokers.

Fourth, also as a matter of principle, we sought no corporate backers. Elections are awfully expensive in this country, as we all know, and the Comelec (Commission on Elections), which is supposed to protect candidates with little means from being fleeced, is no help at all.

For a run for national office, TV and radio air time is decisive. For a 30-second slot in Eat Bulaga or TV Patrol, you have to spend P950,000. Mind you, the networks won’t agree to a contract for just one slot; it’s got to be for a minimum of six 30-second slots. This means that for three minutes on prime time television, you have to fork over nearly P6 million. That’s already equivalent to our whole four-month campaign budget!

Now, I grant that some of the leading candidates are independently wealthy. But most do not have access to the hundreds of millions necessary to get people to see your face or hear your name several times in several programs throughout the day for several months. So where does that money come from? The answer is clear: from the big corporate conglomerates. From Danding Cojuangco, from Ramon Ang and San Miguel Corporation, from Manny Pangilinan and the Indonesian Salim Group, from the Pinedas of jueteng fame, from Henry Sy, from Lucio Tan, from the Chinese government, which wants to ensure it has pliant persons at the top of the government in the Philippines.

Now some of the leading candidates for the Senate may well say, hey, we got the money but we didn’t make any promises. Who are they kidding? These guys will come to you after the elections and collect. And if one is already thinking about reelection, I can assure you the person in office will find it extremely difficult to refuse. Let me offer a test: everyone says he or she is against contractualization. I’m willing to bet that very few, if any, of the likely winning candidates will actually follow up on their promise to phase out contractualization.

So you see, corruption begins with the electoral process, when the interests one is supposed to discipline or bust up when in office come and offer to fund you or you approach them for campaign finance. Let me just say here that many of the leading candidates in the survey have already been bought lock, stock, and barrel. Nabili na sila.

This is not to say we did not solicit funds for radio and TV ads. We did, but what we focused on was getting relatively smaller donations from friends and supporters, much like Bernie Sanders’ campaign finance strategy in the US. This added up to a campaign kitty of about P6 million – a drop in the bucket compared to the hundred million plus budgets of some of the leading candidates.

Win or lose, people will look back on this campaign as a model for future electoral efforts to change this system. I am confident that we have blazed the way for the way electoral campaigns will be conducted in a mature democracy.

So let me end this speech the way I have ended my speeches throughout the last four months: I am not running against anyone, I am running against a system, a system where traditional politics reigns, where dynasties dominate national and local politics, where the economic regime offers no future to our youth.

But I am not only running against a system. I am running for an alternative system, for a system where people can live honestly, decently, and with dignity.

A life of dignity for all Filipinos: This is what this campaign has been all about. – Rappler.com

An independent candidate for the Senate in the recent elections, Walden Bello resigned from office last year, the one and only case of resignation in principle in the history of the Congress of the Philippines.  He got over a million votes.