President Duterte, do not kill in my name 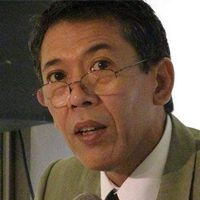 President Duterte’s war on crime has spawned a nuclear explosion of violence that is spiralling out of control and creating a nation without judges, without law, and without reason.

Do we really want to give the man with the gun the power to judge who are criminals and to kill them? To decide who is bad and who is good, who deserves to live and who deserves to die?

We might as well disband our courts, dissolve the Department of Justice, and abolish Congress. For there really is no need for law when the barrel of the gun dispenses justice.

The bandwagon that the President has created is a bandwagon of hate – a mob mentality that not only condones but encourages the taking of lives “because they deserve it.” Yes, drug pushers destroy lives. Yes, criminals behave like animals. But are those who kill them any better? And will the killing stop there?

Our people have seen what a mob can do in the hands of a tyrant who knows no law but his own. Lest we forget, the first person that Marcos executed was a drug pusher. But did he stop there? By the time he was ousted, he was responsible for killing thousands upon thousands of people whose only fault was their belief in justice, the rule of law, and human rights.

President Duterte, do not kill in my name. That is not your mandate, that is not what you were elected for. Yes, go after the drug cartels and criminal syndicates, the corrupt, the criminals among us. But do it as an officer of the law you have sworn to uphold as a lawyer and a President. – Rappler.com