Finally we have a president who dared to publicly declare that we are no longer a colony of the United States of America and that he will only answer to the Filipino people.

But instead of recognizing this amazing and historic display of truth-telling from our head of state, President Rodrigo R. Duterte is being criticized for being “undiplomatic” and “unstatesmanlike.”

First of all, if you watched the entire video clip, President Duterte did not actually curse US President Barack Obama just like he did not also curse Pope Francis. I believe he is not a disrespectful person, just an angry one. He has explained his cursing many times before. He curses because he is mad on behalf of the millions of Filipino masses who have long endured a culture that tolerates and rationalizes their oppression.

Second of all, being diplomatic — that ability to avoid offending others or hurting their feelings — is not a trait usually associated with President Duterte. That is not to say he is not capable of being diplomatic or tactful because he is. But he does not deliberately offend everyone, just those whom he thinks are too callous and insensitive to the realities of life. Particularly the pretenders, the hypocrites, and the self-righteous.

The Filipino people know how offensive his mouth can be and they still embraced him despite that. Maybe that is what they want from their leader — the ability to cut through the bullshit and tells it as he sees it. Besides, diplomacy is not the tool to use if you want real and immediate change.

Third, statesmanlike is defined as “a person who is experienced in the art of government and exhibits great wisdom and ability in directing the affairs of a government or in dealing with important public issues.”

There is also a definition of a statesman as “a political leader regarded as a disinterested promoter of the public good.” Most Filipinos will argue that President Duterte is the most statesmanlike president we ever had using the above definitions. 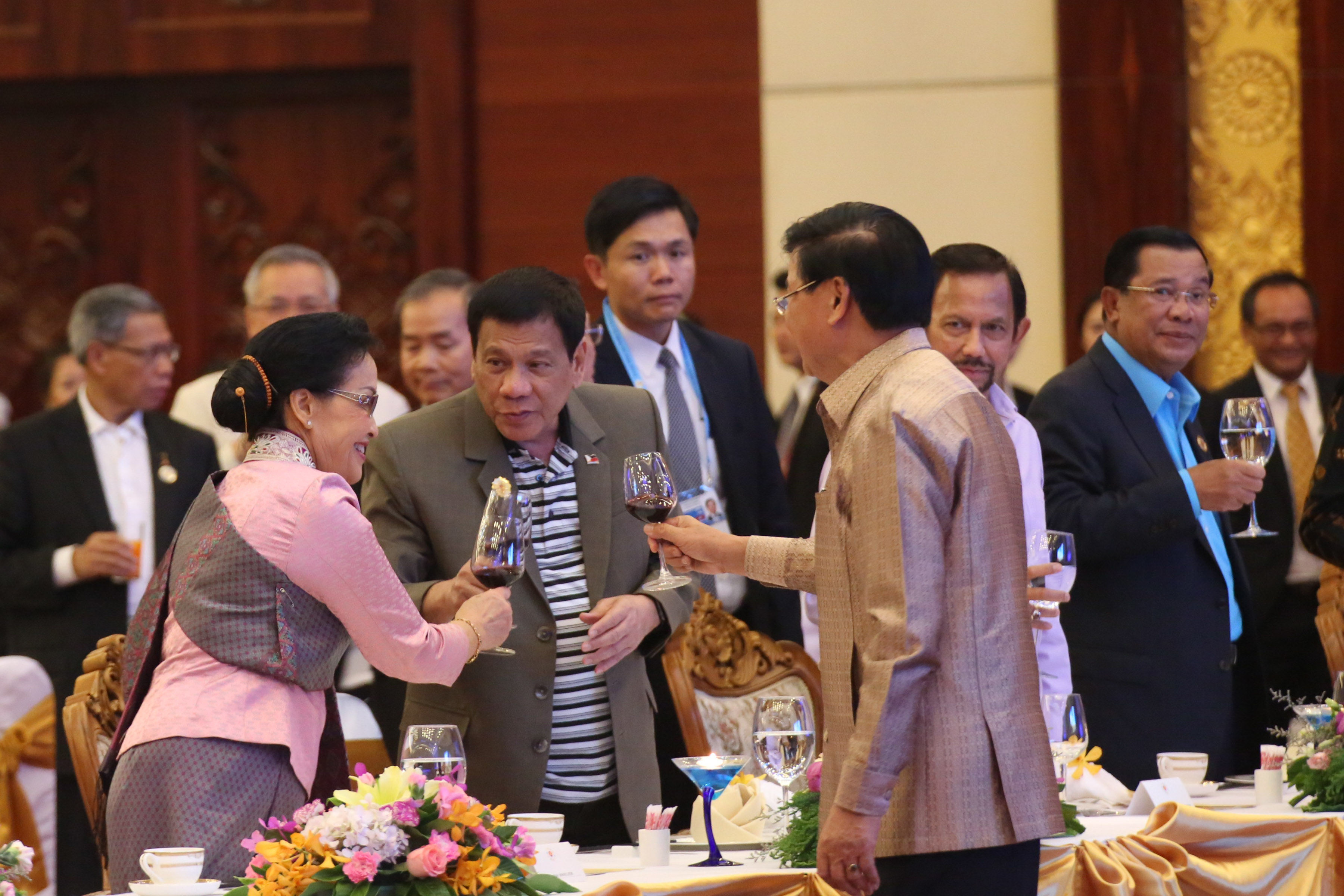 In less than 100 days, he made significant progress in bringing down the crime rate, cutting down red tape, getting all revolutionary groups to stop fighting and start talking with the government, and energizing the whole bureaucracy and inspiring Filipinos to contribute to the process of social change.

Only an experienced and wise leader can do that. And many of his supporters believe that President Duterte is able to make these changes happen in just a short period of time precisely because he is not being very polite. In fact, he’s very rude about shaming corrupt government officials and terrorizing criminals to emphasize how serious he is about making significant changes in the government and the whole country.

They all credit him for their faith in the peace process now. They all believe things will be different under this watch. They all share the same optimism and hope that they are dealing with a leader who understands the root causes of the armed conflict and therefore knows how to correctly respond to them. (VISIT: #TayoAngKapayapaan)

They know President Duterte is not talking peace to them just to look good. He is really determined to end the war once and for all under his administration.

We now have a president who seriously talks about historical injustice, about the oppression of colonial and imperialist powers, about the role of the oligarchs and the intellectual elite and the institutional church in perpetuating injustice and poverty in this country, about the futility of war, and, yes, about how the US is the leading terrorist with the most number of human rights violations in the world. 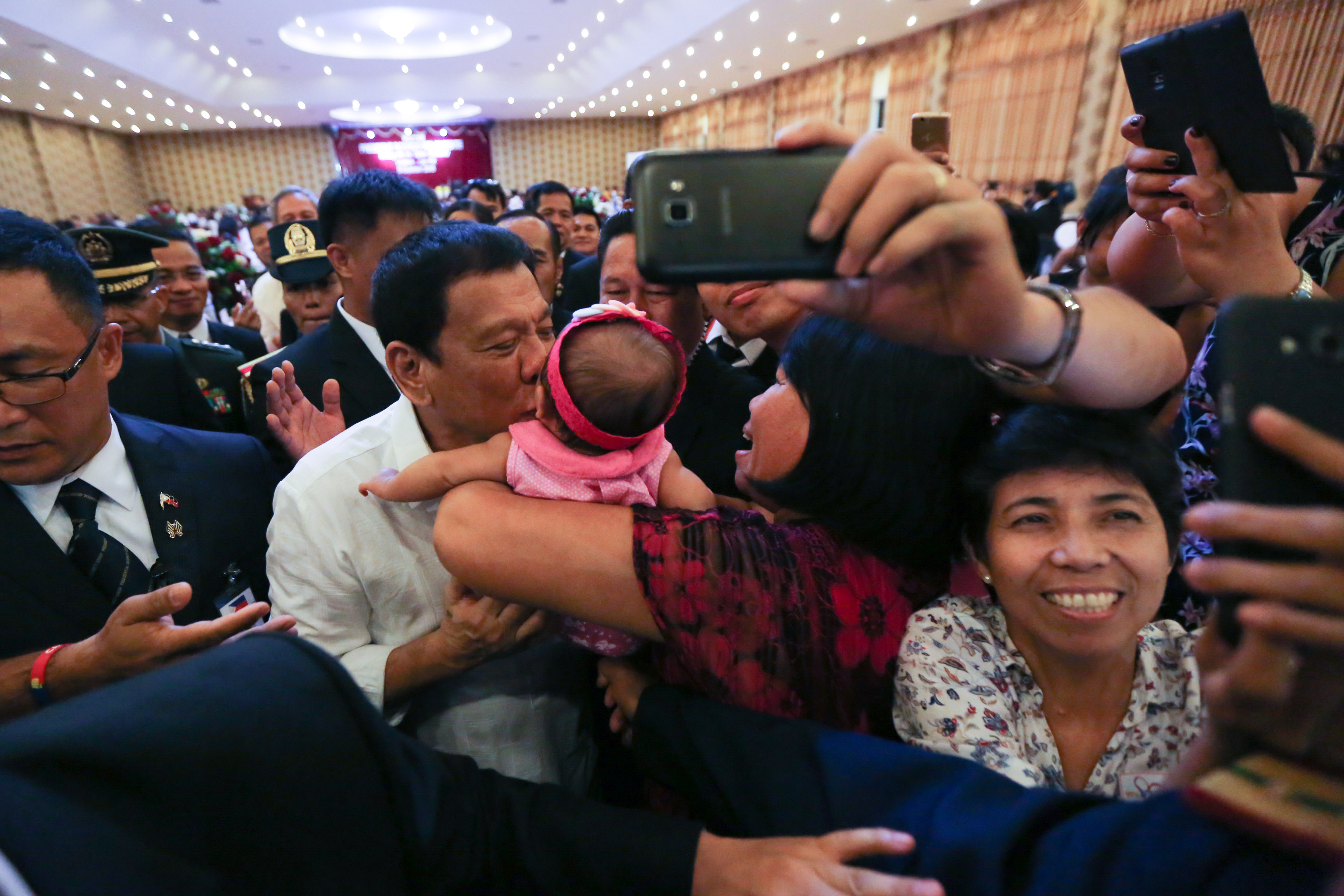 And people still wonder why he is a rock star in the Philippines and in other parts of the world? He is a rock star because of that. Because finally there is a Filipino who refuses to be bullied by the US, by criminal syndicates, by corrupt officials, by the Church, by big business, and by corporate media.

Called the world’s bully, the US promoted the phrase and practice of shock and awe. It is a military doctrine based on “the use of overwhelming power and spectacular displays of force to paralyze the enemy’s perception of the battlefield and destroy its will to fight.”

Princeton University professor Bernard Chazelle said that “Shock-and-Awe” was used to bomb the hell of Iraq to avenge 9/11. “The goal is to use violence to inspire fear in a way that will shut down all or part of society. The objective is the same as that of 9/11 — bring society to its knees using terror,” he explained.

And, true enough, the rest of the world was in shock and in awe of the power of the US. It reminded us what the US can do to any nation that defies their will. Yes, we get the point and we are afraid, we are very afraid.

Then here comes this foul-mouthed guy from a “remote and dusty” city in Mindanao saying all these things against the US and accusing them of human rights violations. How dare you, Digong!

And when Digong’s beloved Davao City was bombed last Friday night, September 3, his critics, who have appointed themselves as the guardians of morality and models of decency in this country, mocked him and described the terrorist attack as “karma” — payback for his alleged violation of the human rights of those killed in relation to the war against illegal drugs.

When you are being criticized by powerful forces like the US and the elites are ganging up on you, you must be doing something that is threatening their interests and tarnishing their well-preserved public image. Otherwise, these forces usually just ignore you.

Goliath, meet David. His “shock and awe” might just be more effective than yours. So be afraid, be very afraid. – Rappler.com

Patmei Bello Ruivivar is the Communications Director of the Office of the Presidential Adviser on the Peace Process. She has served under 3 Philippine Presidents in various capacities including her stint as chief-of-staff of the Executive Office of the President of the Philippines. She’s the first woman as well as the youngest and longest-serving chief-of-staff of the former Mayor of Davao City, now the 16th President of the Philippines, Rodrigo R. Duterte.

(Editor’s note: This first appeared in the author’s blog. We are republishing it with her permission.)