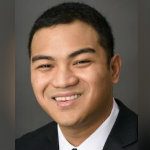 On February 4, 2017, I set off to spend my second weekend in a row at Los Angeles International Airport (LAX). In the wake of United States President Donald Trump’s January 27 executive order barring non-citizens from 7 countries from entering the US, the organization for whom I work, Asian Americans Advancing Justice – Los Angeles, a coalition of non-profit organizations, and volunteer attorneys have provided legal assistance to distraught family members at LAX, waiting anxiously to see if their loved ones would be permitted to enter the United States.

Even though a February 3 court order unambiguously stayed implementation of the travel ban, we continued to get reports from family and friends about non-citizen travelers stuck for hours at border inspections at LAX. Travelers were held up by US Customs and Border Protection (CBP) for hours – on average at least 3 hours and sometimes for more than 12 – waiting to complete secondary border inspections, often without food or water. It did not matter if the traveler had a green card or a valid visa. And it did not matter what country they came from. We received reports of travelers from all over the world – countries in East Asia, Southeast Asia, Africa, and Latin America – suffering inordinate delays waiting to clear customs at LAX. I have felt an obligation – as a Filipino-American, a son of immigrants, and a public interest attorney – to provide whatever assistance I can to individuals and families affected by the new administration’s anti-immigrant actions. I have been disheartened, however, to find Filipinos on social media expressing support for the new US president’s actions, buying into xenophobic and Islamophobic myths. Indeed, although Asian-Americans overwhelmingly voted against the new president in November, Filipino-Americans were the most likely to vote for the Republican candidate among the largest Asian-American ethnic groups.

I hope Filipinos in the United States, in the Philippines, and around the globe come to appreciate that, although we may not have been named explicitly in the Trump administration’s executive orders thus far, we are very much in its crosshairs. While campaigning, the new US president included the Philippines in a list of “terrorist nations,” describing individuals from such countries as “animals.” In fact, the Philippine Department of Foreign Affairs recently estimated that more than 300,000 Filipinos in the US may be targeted for deportation. As recently as last week, rumors – debunked for now – swirled that the existing travel ban could include the southern Philippines.

Filipinos around the world must remain vigilant. Filipinos have endured a long history of discrimination in the US, where businesses once felt free to post signs declaring that “no Filipinos or dogs [were] allowed.” Thankfully, Filipino-Americans also have a storied history of activism, partnering with other communities to fight injustice and racism.

The Trump administration’s recent actions represent only the latest chapter of America’s sordid history with racism and xenophobia. The new US president built his campaign on vicious anti-immigrant rhetoric, and it seems that he intends to make good on these campaign promises. The administration’s actions not only imperil Filipinos and other immigrants in the US but threaten to plunge the Philippines and its neighbors into war.

The world has entered uncertain times, and in the US, our most vulnerable communities – people of color, non-citizens, religious minorities, and others – have been targeted by the Trump administration and many of its supporters. But Filipinos should not give in to any false comfort that we are not the prime targets. We should remember that, at any time, we could be next on the chopping block.

With this in mind, it is imperative that Filipinos stand in solidarity to help protect those who have already been singled out. We must protest xenophobic actions and provide service to those unjustly targeted. If we do not, when our name is ultimately called, we cannot in good faith expect others to come to our defense. – Rappler.com

Christopher Lapinig is a Skadden Fellow and Registered Legal Services Attorney at Asian Americans Advancing Justice – Los Angeles, the United States’ largest legal services and civil rights organization for Asian-Americans, Pacific Islanders, and Native Hawaiians. If you are in need of legal assistance, you can reach Advancing Justice-LA at its Filipino helpline +1-855-300-2552.