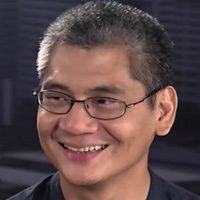 Facebook Twitter Copy URL
Copied
Under the Philippine Development Plan 2017-2022, PH's agriculture and mining industry cater to foreign economies while its people look for jobs abroad, according to IBON Foundation

The Duterte administration’s public launch of its Philippine Development Plan (PDP) 2017-2022  on June 2 somewhat coincidentally happened the day after the supposed June 1 end of the 5th round of the peace talks between the Philippine government and the National Democratic Front of the Philippines (NDFP). The cancellation of talks by the government is unfortunate because discussions on a comprehensive agreement on social and economic reforms (CASER) were meant to take up most of this round. This would have been an opportunity for new thinking on the part of the government to replace the failed neoliberalism of old.

While lucid, the plan is still wrong and will keep the Philippines backward. Three major flaws immediately come to mind, all of which stem from the plan’s obsolete market fundamentalism.

This means that all the plan’s rhetoric about creating economic opportunities will really just mean greater profitable opportunities for the few who have the accumulated assets and incomes to begin with. Free market economics exalts asset accumulation as proof of efficiency and income inequality as incentivizing efficiency.

Second, the plan is blind to the urgency of industrial development. The Philippine economy has to be rebalanced away from its bloated service sector towards real domestic industry.

The plan succumbs to the outdated globalization propaganda that the only industry worth developing is what the world market decides is globally ‘competitive’. The industrialized countries promote this notion to preserve their privileged industrial status and the economic and political power that comes with this. The plan also crudely believes that liberalized market forces deepen and modernize the economy, produce high growth, and reduce joblessness and poverty.

The plan does not recognize the importance of industrialization. For instance, it illogically lumps together “industry and services” with the shallow aspiration for these to be “globally competitive as the country strengthens its economic ties with other countries.” This is perplexing.

The lumping together is all the more baffling considering how ‘services’ cover a wide range of disparate activities from food to finance, health to hotels, call centers to communication, and many others.

The plan also adopts the textbook approach of trade based on comparative advantage as determining the choice of industries and services and driving development. The real world approach should instead be to adopt policies that modify and create comparative advantages that deliver more far-reaching changes and are more strategic over the long-term.

In terms of industry, this means steadily working towards having Filipino firms using the country’s vast natural and human resources to produce capital, intermediate, and consumer goods on a large-scale.

This means national industrialization that aligns policies on foreign trade and investment, on finance, monetary and fiscal matters, on education, science and technology, and on the environment to serve strategic industrial goals.

Industrial policy has to focus on building domestic industrial capacity to meet domestic needs, create domestic jobs, and raise domestic incomes. Such a focus will also involve linking up with the agricultural and service sectors.

The plan’s proposals work against this and surrender the necessary state policy instruments to industrialize the economy. It seeks to remove restrictions to foreign investment which are crucial for ensuring that foreign capital contributes to domestic developmemin,nt. It seeks to remove regulatory requirements and procedures which are crucial in ensuring that firms operate in ways consistent with broader development goals.

These and other policy tools were essential elements in the rise of all the old industrial powers as well as in the emergence of all the recent high-performing developing countries.

The plan’s agnostic market-driven approach will relegate the Philippines and Filipino producers to low value-added activities, and in effect letting foreign producers get the most advantage from the country’s natural resources and labor power. There is no historical precedent of free market forces transforming any national economy to higher value-added and more diversified activities. It is natural to be skeptical of the government’s capacity for responsible industrial intervention. The country has a long history of regulatory capture, rent-seeking, crony capitalism, and the like, resulting in wasted public resources and economic backwardness.

The appropriate response however is not to glorify market forces but to improve governance. The capacity to intervene is developed by intervening; and the quality of intervention can only improve in step with improvements in government transparency and accountability.

Third, the plan turns over vital social services and public utilities to profit-seeking private sector interests which will make these unaffordable and inaccessible for the majority of Filipinos. The plan continues government neglect of its responsibility to ensure that all Filipinos have the basic services so necessary for minimum standards of decent living. It does not correct the growing privatization of education, health, housing, water, electricity and transport which are more and more becoming commodities to profit from than vital services to live by.

Universal provision of these has to be ensured. However, instead of developing public capacity in providing these, the plan calls for encouraging greater private sector participation through greater incentives and streamlined processes especially in infrastructure. This will result in more public resources supporting private profits, aside from adding a profit premium to basic services.

Undertaking social and economic reforms is certainly an arduous task. This starts with discarding market fundamentalism that glorifies profit-seeking and self-interest as resulting in economic efficiency and development.

Market fundamentalism is a notion that has been justifiably criticized across ideological boundaries since the 19th century and until today – from Karl Marx to Joseph Stiglitz, from Mao Zedong to George Soros, and from rightist populist politicians to the revolutionary Left.

The Philippines’ experience with failed neoliberal policies is clear and consistent with similar failures in the rest of the world. Real changes in policies are needed to bring about real development.

The PDP 2017-2022 is too consistent with its predecessors and will just be the latest in a long line of failed development plans. It simplistically assumes that making it easier to do business, attracting more foreign investment, and building more infrastructure will result in a bright future.

On the contrary, the plan’s market fundamentalism will keep the economy backward and Filipinos poor. Industrial production will continue to be foreign-dominated, agriculture and mining industry willcater to foreign economies, and unemployment and poverty will remain endemic.

All this while a few foreign investors, domestic conglomerates, and rich families continue to grow rich and prosper.  – Rappler.com

Sonny Africa is the executive director of ​IBON Foundation, Inc, an independent development institution established in 1978 that provides research, education, publications, information work and advocacy support on socioeconomic issues. He wrote this as part of a series of Ibon features.