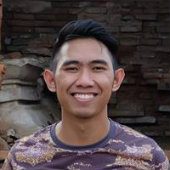 I only became a Maranao 9 years ago.

I come from a Maranao family. Both of my parents and most of our relatives are from Lanao del Sur, the land of the Maranaos. All 4 of my siblings were born in Ganassi, Lanao del Sur. I, on the other hand, was born in Isulan, Sultan Kudarat.

Although I come from a Maranao family, I knew little about being a Maranao when I was younger.

Being born and raised in a Christian-majority area, 240 kilometers away from Lanao del Sur, I knew very little about my tribe. I can barely speak our native language. Growing up, whenever we visit our relatives in Lanao, I always feel different.

My parents noticed. So right after high school, they sent me to Marawi City in 2008 where I lived the next 7 years of my life. There, I finished my degree in Communication Studies at Mindanao State University – Main Campus and worked as a college instructor in a private school immediately after college.

In those years, I  developed a love and hate relationship with the city and its people.

Studying in MSU-Marawi meant survival. I hated most of it.

I hated how the enrollment process in the university can be a torture. I hated the long queues, hike from one building to another,  uncooperative weather, and the school administration’s poor internet connection.

I hated how students can never feel safe inside the campus. Worse, that students get used to not feeling safe that they begin to not mind it anymore.

I remember one time in my junior year when we heard gunshots during our Filipino class. Everyone paused for a moment. Fireworks! One of my classmates shouted. Everyone laughed.

Then, we continued on with the class like nothing happened.

Living in Marawi City is no different. It also meant survival and I hated most of it as well.

I started working in a private school just outside of MSU-Marawi Campus immediately after college. For some reason, despite my eagerness to get out of the city, I chose to stay and work there. For two years, I have discovered new things to loathe about.

I hated the traffic. I thought traffic never happens to cities like Marawi, but I thought wrong. There are a lot of families living in Marawi City who can easily afford and own more than one car. That wouldn’t be a problem if roads are wide, parking spaces are enough, road signs are installed, and drivers are disciplined. I hated how dirty the city is. Garbage is scattered in almost every corner of the city. When it is clean, it still smells dirty. People living beside the Lake Lanao have contributed to the problem as well. They have thrown too much garbage into the lake that it started polluting its waters. I hated how people seem to be very complacent about it – they don’t see how the pollution can affect them.

Living in Marawi has been a constant battle of asking myself of whether or not I should stay or leave. One day, you feel like you are doing the right thing and that you are where you should be. Then, there are those days when you just want to get out of that mess. I finally did in 2014.

I, however, will forever be grateful for what the city has made me become.

Falling in love with Marawi

Marawi City is such a beautiful place. It is a city inhabited by more than 200,000 people who enjoy being surrounded by lush mountains, a majestic view of the Lake Lanao, and cool weather all throughout the year. With its elevation at around 2,300 feet, the place, when covered in thick fog, resembles the atmosphere you get in Baguio City.

Despite its imperfections it’s hard not to fall in love with the city. I did. In those 7 years that I lived in Marawi City, I slowly became the person my parents wanted me to be when they decided to bring me here. I learned a lot of things about being a Maranao.

The term Maranao translates to ‘People of the Lake’. Lake Lanao played an important role in the lives of our ancestors who were natives living around it. Although Maranao communities can be found everywhere in the country today, most still live in Lanao del Norte and Lanao del Sur. We are one of the largest Muslim groups in the country.

But Maranaos are not only defined by their number and where they come from – that we are not defined merely by the things that I loathe about Marawi City.

I learned why Maranaos are some of the brightest people you will ever meet. It is not because they can afford expensive things and are graduates of expensive schools, but because they know how to co-exist with other people. Maranaos value the importance of diversity and why it is important to respect other people’s background.

I learned why Maranaos always have the grandest celebrations. It is not because they just want to brag about their wealth or prove something, but because Maranaos deeply value their strong family ties. Weddings, birthdays, graduation, even the ‘kanduri’ of someone passing a licensure examination are not only celebrations but opportunities for family reunions as well.

Maranao families are probably the largest extended families you will know. Households are usually composed of 5-10 or more members. Family relations are sometimes even based on one’s hometown. When you meet someone from Ganassi, Lanao del Sur, you will automatically assume you are related.

The vibrant culture of the Maranaos is very apparent in our food, artwork pieces, brass and gold ornaments, traditional songs and dances, attires, and literature. We are a proud tribe and we have many reasons to be proud of our identity.  (READ: Marawi: Images from a ghost town)

To be a Maranao

Growing up, I never knew any of this. Maranaos are barely mentioned in our textbooks. My siblings and I were the only Maranaos in our school and we only get to interact with the other Maranaos in our place during Muslim holidays when we go to the mosque. We also only get to visit our relatives in Lanao once or twice in a year. I grew up not entirely knowing where my roots are.

Becoming Maranao for me was more than having Maranao parents and being raised in a Maranao family. It was an experience that started 9 years ago. It was about surviving Mindanao State University. It was about learning how to eat ‘palapa’ even if I didn’t really like spicy food. It was about becoming more fluent in Maranao language and getting used to the accent that comes with it. It was about getting assimilated with my own people.

Becoming Maranao for me was also about embracing its imperfections but believing that certain things can still change. That Marawi City can be a better place where Maranaos and other people can truly live harmoniously in peace.

The ongoing Marawi crisis has taught me another thing about my tribe – that we can also be resilient in times of adversities. This is probably the first time that Maranaos faced a challenge as big and as serious as this – moreso that is happening during the holy month of Ramadan. However, as unfortunate as the past 3 weeks have been for the victims and the evacuees, I believe that the Maranaos and the people of Marawi are only being tested.

This might be an unfamiliar situation for most of us, but I know Maranaos and the people of Marawi are more than capable of surpassing this. (READ: Marawi under siege: It’s like ‘looking at Aleppo’)

Nine years ago, I finally understood what being a Maranao is all about. Today, I realize that the process of becoming one never ends. – Rappler.com

Nizam M. Pabil, 25, is a government employee and a Maranao