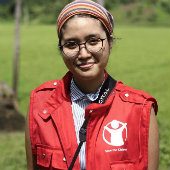 Facebook Twitter Copy URL
Copied
Children in these areas need immediate psychosocial support. They are starting to live in constant fear, with a decreasing sense of normalcy.

On May 23, Marawi City made headlines as government forces and a local armed group clashed in the area.

Bullets were exchanged and properties were damaged – including hospitals and schools.

Meanwhile, 329,931 people are home-based or living with relatives.

Due to the surge of internally displaced people (IDPs), some evacuation centers are becoming underserved and crowded.

There are also reports of some IDPs being turned down by certain evacuation centers.

Based on the estimate of the Autonomous Region in Muslim Mindanao (ARMM), around 1,100 civilians remain trapped in the conflict zone. Reports also indicate that the local armed group has used civilians as human shields.

Many are still frightened when they hear sirens and loud sounds, which they relate to possible aerial strikes.

They are starting to live in constant fear, with a decreasing sense of normalcy. (READ: DepEd provides psych first aid for displaced Marawi students)

Children are also too scared to leave their parents, afraid of being separated – especially in case bombings happen again.

There are children who cry and shake when they see anything resembling the military, trucks, and uniforms. They are showing signs of psychological distress, which is a normal reaction during abnormal situations.

Around 33,000 school-aged children from Marawi City were displaced by the conflict.

Tracking and enrollment of these children are ongoing in Lanao del Sur and Lanao del Norte. So far, only 7,866 children were tracked down.

Classrooms in host schools are too crowded and not conducive to learning. Basic school items among poor families are also lacking.

Such problems make children hesitant to return to school.

Meanwhile, 1,400 teachers were displaced. Half of them have already been tracked down by the Department of Education (DepEd).

Some schools are occupied by IDPs, presenting challenges in holding classes which were supposed to start on June 18.

The available portalets are poorly maintained since there are just too many people sharing them. Interventions must be done to prevent outbreaks of illnesses like cholera and measles. Key health concerns in evacuation centers are gastroenteritis and respiratory infections.

Save the Children is providing education, protection, hygiene, and psychosocial support for Marawi’s children. These include the following:

Save the Children is especially concerned with how conflict impacts children’s mental and emotional well-being. Children exposed to such violence need our care and support.

We’re providing protective spaces where children can freely study, play, and go back to normalcy through psychological first aid.

Our team is continuously assessing children’s needs through active dialogue. We are also coordinating with the DepEd and local partner organizations to ensure the protection of Marawi’s children. – Rappler.com

Fritzie Rodriguez is the Media and Content Officer of Save the Children Philippines. Before becoming a development worker, she worked as a journalist, covering issues on children, women, and LGBT rights