The case for ‘Oplan Bakal’ 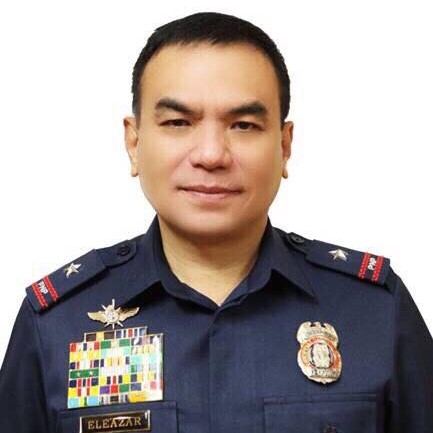 Note: This is an updated version of the earlier piece published on September 18.

The term bakal is a Filipino colloquial for gun or firearm. Oplan Bakal dates back many, many years. I remember I experienced my first Oplan Bakal operation in a nightclub in the province as a 2nd Lieutenant of the Philippine Constabulary after I had just graduated from the PMA in 1987.

Oplan Bakal is basically a police operation in an establishment, normally a bar or nightclub, where policemen enter the place unannounced and conduct a search for firearms that may be in the possession of customers or guests. It is a surprise search so that gun-wielding guests or customers can be caught red-handed.

As we all know, and as clearly posted in the entrances of bars and clubs, firearms are not allowed inside the establishments.

Unknown to many, Oplan Bakal is welcome to club and bar management and owners who give police prior approval without knowing when the operation will be conducted because Oplan Bakal helps ensure the safety of the majority of the customers and the club personnel themselves.

In fact, on many occasions, it is the club or bar owner who discreetly requests for an operation on his premises, especially if he is aware that indeed a customer or two bring a gun inside the premises. In conducting Oplan Bakal, police basically request guests to stand up so that they can see if a gun is tucked in their waists, or if anything is suspiciously bulging underneath their clothes.

The police also request – and not force – the guests to open their bags, so the authorities can see if there might be a firearm or deadly weapon inside. The customer may or may not open his or her bag. Again, the customer is not forced to do anything. However, anyone who hesitates to heed the request can give the impression that contraband is being concealed.

The standard operating procedure also requires that all the lights in the place are turned on, the presence of the police and their purpose is clearly announced by the management over the sound system, and the cooperation of the customers is requested. When police arrive, performers on stage are politely requested to stop their performance so that the appropriate announcement can be made. This is to keep customers from getting alarmed by the sudden arrival of uniformed policemen.

Oplan Bakal is not conducted in schools, offices, hospitals, parties, or even restaurants. Oplan Bakal zeroes in mostly on bars, pubs, nightclubs and similar establishments where alcohol is served.

The premise is very basic. People go to bars, pubs, and clubs to drink beer or other alcoholic beverages. Thus, some people get drunk and get out of hand. People mostly drink for two reasons – either to have fun or to forget their problems. 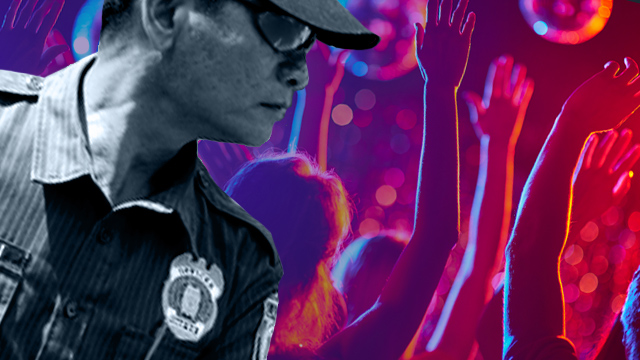 In forgetting their problems, there lies the dangerous side of drinking. Mostly, problematic customers get drunk and hot around the collar, become belligerent, and start trouble. Squabbles or spats in a bar or pub where everyone is hot and loose can be explosive. In many instances, especially when problematic guests encounter other problematic guests, when one or both are carrying firearms, innocent, fun-loving customers and guests can get hurt or killed.

I do not have the exact figures right now, but I am sure hundreds have died due to squabbles, fights or insane actions by guests inside bars, pubs, and clubs.  One indicator is the notoriety in recent years of Frank Sinatra’s song, “My Way,” where so many have been shot and killed for singing the song in sing-along bars and karaoke.

For the enlightenment of the public and unknown to critics, the operations were conducted at the request of the officials of the barangay.

Oplan Bakal is a routine anti-criminality program long in practice for decades. It was even ordered intensified by the previous administration in consonance with Oplan Lambat Sibat or Managing Police Operations.

Bar or club owners know about the Standard Operating Procedures (SOP), especially those who sell alcoholic drinks and those who are operating legitimately know about it even before they start their business. In fact, I reiterated this during our meeting with the officers of the association of bar and club owners of Quezon City last year.

Since January this year, a total of 843 Oplan Bakal operations were conducted in Quezon City which resulted in the arrest of 22 suspects and confiscation of 23 firearms.

The operations conducted in Lan Kwai, Jeepney Bistro and Tortuga, which were not the first time since last month, were coordinated with officials of Brgy Loyola Heights, who had complained after receiving information that these establishments, which are close to learning institutions, were used as fronts for prostitution and illegal drugs activities. In fact, representatives of the nearby Ateneo De Manila University had raised concerns about these bars in an Ugnayan or Dialogue in the barangay last August 31.

Proper coordination was likewise made with the bar owners’ representatives prior to the announcement to the customers of Oplan Bakal that night.

The inspections conducted by PS-9 policemen were properly done which the bar owners themselves attested to. They politely approached the bar managers and requested them to turn on the lights and announced the purpose of the police. 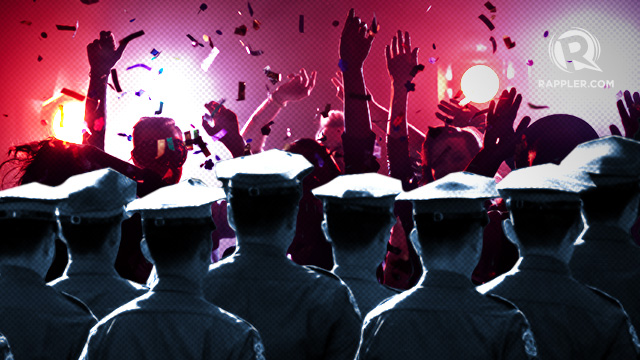 No customer was forced to open his or her bag contrary to what was projected in media. No one was even obliged by the police to a body frisk.

In this particular case, no firearms or contrabands were discovered. However, the said police operations revealed problems with the bars themselves.

Based on verification with the Quezon City Business Permit and Licensing Office, the license to operate of Lan Kwai was long revoked, and its registered business address is at Scout Gandia, Quezon City, not along Esteban Abada St.; Jeepney Bistro has no current business permit, its last being in 2014; while Tortuga cannot be found in the database. Also, the establishments were not given permits by the barangay to sell alcoholic drinks.

Finally, they did not employ security guards to routinely frisk customers prior to entry or inspect bags as conducted in malls, transport terminals, and other establishments, for security and safety of customers.

Search warrants are not needed for common sense police operations in public places such as bars and nightclubs to prevent crime and unfortunate incidents, or to verify reports of criminal activity as called for in this particular situation.

Oplan Bakal is a good deterrence to unfortunate incidents that have claimed the lives of many innocent victims who only wanted to have fun or a good time in a bar. Oplan Bakal is, therefore, far from what some quarters call a violation of one’s right to privacy where police must first secure a search warrant to conduct it. The law clearly authorizes this common sense police procedure which prevents gunplay or worse in bars, and also apprehends holders of contraband.

Nevertheless, I would like to assure the public that we will not allow any abuse or harassment in the conduct of all our police operations. – Rappler.com

Police Chief Superintendent Guillermo Lorenzo T. Eleazar is the Quezon City Police District director. You may contact him at odd_qcpd@yahoo.com.ph.