What I learned from being featured by the Duterte online machine

Oct 10, 2017 10:09 PM PHT
Cecilia Lero
Facebook Twitter Copy URL
Copied
I am a responsible person who makes positive contributions to my family, community, and country. Drug use in no way adversely affects my personal or professional lives. 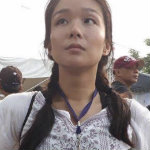 I have spent most of the last decade working with and among inspiring leaders from urban poor communities on various issues like housing, health, and gender-based violence. I have also spent the last 15 months witnessing the devastation that has resulted directly from the government’s out-of-control, violent obsession with drugs. I have had the honor of knowing just a drop of the real people and families who have been victimized. Their stories play on loop in my mind. Their faces burn behind my eyes when I try to sleep.

On September 21, I attended the rallies marking the 45th anniversary of the declaration of Martial Law with a sign on my chest that said: “I am drug user. Papatayin mo ba ako? #BreakTheStigma.” (Will you kill me?)

There were three reasons why this was the message I chose: First, to challenge the stereotypical image of a drug user. Second, to humanize drug users. Third, to inspire others to stand in solidarity with the overwhelming majority of drug users who are not violent threats to society.

On the evening of September 21, I started receiving worried messages from friends. A pro-Duterte Facebook page had shared my photo with the hashtag #ManlabanParaSaKarapatanNgMgaDurugista. By the next evening it had been shared by other pages and collectively garnered tens of thousands of reactions.

Given the nature of the pages, I expected many reactions to be full of violence and vitriol. Preparing for the worst, I dove into the comments sections. What I found helped enlighten my understanding of the way the most zealous drug war-defenders think.

The following are some common reactions and my observations:

While I expected the comments that blatantly said, “Yes, you should die,” I was surprised at the numerous people who believed non-violent drug users and even dependents should be rehabilitated and not killed. There were also those who, while taking a less nurturing tone, emphasized that I would only be killed if I fought back or posed a threat to others.

This was a revelation to me. In this highly polarized political climate, I had often assumed that government supporters also support the killings – that they morally believe the state should wipe out current and former drug users and addicts. Thus, I had given up trying to reach out to supporters because I thought we held diametrically opposite values.

It turns out, however, that most drug war supporters and opponents hold the same values. Both believe that drug addicts should be arrested and given a chance at rehabilitation. Both also believe that police officers have the right to defend themselves if their lives are in immediate danger.

Where we differ is in what we accept as fact. Supporters believe the state’s claim that deaths only happen when victims fight back. Opponents, on the other hand, point to the communities who report name after name of those who surrendered and quit, but were killed anyway. (READ: Half of Filipinos don’t believe cops’ ‘nanlaban’ line – SWS survey)

We point to hard cases like those of Kian, Carl, Jefferson Bunuan, Efren Morillo, Michael Siaron, and countless others who were shot in the back, while on their knees, while handcuffed, or while sleeping. They did not fight back.

While fake news is a real problem, it is always possible to reconcile facts but it is nearly impossible to come to a mutual understanding when you have diametrically opposed moral ideologies. It appears Filipinos have not totally lost their moral compass.

Analytical capacity, however, is something we desperately need to work on. 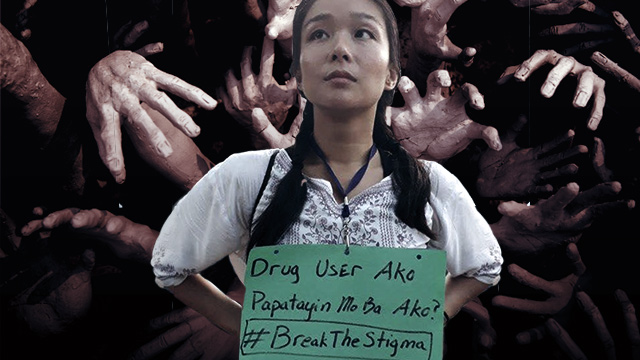 Yet, so many netizens were quick to blast me for my drug addiction. Even those who nurturingly urged me to go to rehab belied their lack of understanding of the difference between a casual drug user and an addict.

The vast majority of illegal drug users are not, and will never become addicts. According to a 2016 Dangerous Drugs Board (DDB) report, of those who tried shabu or marijuana once, 72% and 75%, respectively, will never do it again. Worldwide data shows that 85-90% of drug users do not become addicts.

The vast majority of people who use or have used drugs, to paraphrase Dr Carl Hart, go to work, take care of their families, contribute to society, and overall live normal lives.

My sign also did not indicate what kind of drug I use. Many commenters assumed specifically that I was a shabu addict.

However, police operations have also been cracking down on marijuana. In the Congressional investigation about the secret Manila jail, the station chief stated testified that detainees had been arrested for “pot session.”

Raymart Siapo, the club-footed victim whom police told to run before shooting him, was placed on his barangay watch list when a neighbor claimed he used marijuana. As the world and even our own laws move toward legalizing marijuana use, marijuana remains a justification for state-sponsored violence and killing.

As expected, the comments also included threats of violence, and especially sexual violence. Hundreds thought they were witty by saying “papatayin kita sa sarap.” Others said they would rape me before cutting off my head. A former DILG secretary, with whom I have had many friendly personal interactions, instructed my parents to “beat the stupidity out” of me.

The violence that characterizes both police operations and zealots’ defenses presents a paradox. Those who defend the killings say they are necessary in order to prevent rapes and murders. Yet, they condone and strive to normalize exactly that: rape and murder. As the President has done on multiple occasions, these zealots are justifying and encouraging the very thing they claim to hate.

If we really care about stopping rape and murder then we are doing a disservice by focusing on drug use instead of focusing directly on rape and murder. If we are serious about preventing rape, let’s invest in massive street-lighting and gender sensitivity campaigns. If we are serious about preventing murder, let’s invest more in the PNP’s campaign against loose firearms.

Instead of mobilizing barangays to identify past and current drug users, let’s mobilize them to identify and monitor those who have displayed violent tendencies. After all, who is more likely to commit rape or murder: A student who takes a few puffs of marijuana while watching a movie? A worker who occasionally takes a hit of shabu to pull an all-night shift? Or, a person who sees a picture of a girl and says “I will rape you. I will murder you.”

Popular images of drug users are strongly related to class. Say “adik” and the image that appears is usually one of a poor, thin, dark-skinned person in tattered clothes. Unfortunately, the contempt with which society treats the poor has extended to apathy or even joy when the poor are killed. If I received comments like “hindi ka mukhang adik (you don’t look like an addict),” photos of real victims in slippers and shorts receive comments like “eh mukhang adik talaga (but you really look like an addict).” In neither case do the commenters know which one of us, if either, has actually used drugs, but the assumption is that the poor person deserved to die because he was probably guilty.

As someone who looks very stereotypically middle class, I have privilege. The point was to use my privilege to stand up for those who can’t. It is not lost on me that my appearance provides me some protection. But, for millions of Filipinos who were not lucky enough to be born with light skin and chubby cheeks, a sign like that, or an unsubstantiated whisper from a neighbor, or prior drug use that they have long stopped, is enough to get them killed.

I suppose I haven’t addressed the elephant in the room: am I really an illegal drug user? It would be so easy for me to say that I am clean, that the sign was just a political statement, but alas, that would defeat the purpose. What I can say is that I do not hurt people.

I am a responsible person who makes positive contributions to my family, community, and country. Drug use in no way adversely affects my personal or professional lives.

No one has ever become a drug dependent because of me. There are thousands of people just like me who have been killed. There are millions more just like me. Maybe you’re one of us.

Do we deserve to die? – Rappler.com

Cecilia Lero has a B.A. in Politics from New York University and an M.A. in Political Science from the University of Notre Dame, where she is also a Ph.D. candidate. She has been working with grassroots communities for research, organizing, and advocacy for a decade. She thanks all the commenters who thought she looked young enough to be called “ineng.”