Dec 30, 2017 11:07 PM PHT
Facebook Twitter Copy URL
Copied
Japan should just allow the Filipinos the liberty to commemorate their history the way they want to, while it continues to do some soul-searching on how to come to terms with its own past 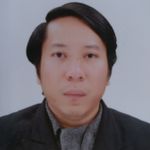 Manila is now under pressure after the Japanese embassy expressed concern over a statue to commemorate “comfort women” put up along Roxas Boulevard on December 8. Wartime atrocities, including comfort women forced into sexual slavery by the Japanese Imperial Army during World War II, continue to mire Japan’s relations with its neighbors, notably China, Korea, and the Philippines. But over time, Japan’s soft power, investments, and overseas aid softened the position of most Southeast Asian countries, including the Philippines. While surviving comfort women became national figures in Korea, their Filipina counterparts have become marginalized and Philippine authorities have become largely indifferent to their legitimate demands for an official apology and compensation from Japan.

As Japan actively seeks to become a normal power and play greater formal roles in the international system, it has to sincerely own up to its past mistakes and refrain from applying pressure on countries simply commemorating part of their history. On the part of the Philippines, good relations with Japan should not come at the expense of forgetting history and disregarding those who have suffered under Japanese occupation. Government, alongside academe, media, and civil society, has a moral responsibility to narrate correct historical facts to its people and establish and preserve monuments that honor those historical episodes.

As our national hero Jose Rizal poignantly said: “Ang hindi lumingon sa pinanggalingan ay hindi makakarating sa paroroonan (Those who do not look back from where they came from cannot reach their destination).” 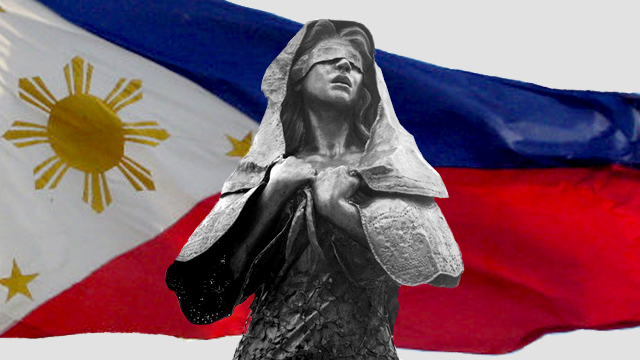 “Comfort stations,” as they were euphemistically called, were set up all over Japanese-occupied Asia-Pacific during World War II, attesting to the institutional scale and official sanction of this atrocious wartime practice. To memorialize those who have suffered from this brutality and constantly remind the world about the need to prevent its reoccurrence, comfort women statues had been put up in Korea, China, the Philippines, US, Australia, Germany, and even in Japan. Women’s and human rights groups like Amnesty International, and international organizations like the United Nations have also taken up the issue of comfort women.

Since 1992, Korean comfort women groups and their supporters had been staging protests in front of the Japanese embassy every Wednesday, earning the Guinness Book of World Records title for the longest sustained protest on a single issue. A comfort women statue was also placed right in front of the Japanese embassy in Seoul as if to serve as an eternal reminder to Japan to reflect on its past with remorse and contrition. (READ: Japan PM urges South Korea to remove ‘comfort woman’ statue)

Personal apologies of previous leaders and contributions of private organizations, while recognized, cannot substitute for an official government apology. This sets Japan apart from Germany which has made official acts to commemorate and redress grievances arising from war crimes committed by the Nazi regime in occupied Europe during World War II. Germany, along with 15 European countries and Israel, passed laws to penalize Holocaust denial. In contrast, the lack of a strong and enduring official position on Japan’s role during the war creates openings for historical revisionism. For instance, comfort women were excused as military necessities, and the helpless victims described as volunteers.

Japan’s opposition to memorials for victims of Japanese wartime occupation only tend to heighten historical grievances, prevent closure, and raise suspicion about the ulterior motives behind Japanese soft power projection. Osaka threatened to sever sister city ties with San Francisco over a comfort women statue established in the latter.

Elsewhere, Japan made representations with local and national governments in countries where similar statues were built or proposed to be built, citing a potential flare up of anti-Japanese sentiments. This is despite organizers ruling this out in the agenda. While Japan and Japanese immigrant groups may have reasons to oppose the memorials as simply Japan-bashing, it cannot confine the way by which countries should memorialize history, war victims, and the perils for women in conflict. This is especially so as Japanese official attitudes towards the war continue to be perceived as insincere and half-hearted. Japanese officials, for instance, continue to visit shrines that also house the remains of war criminals.

Forgive, but not forget

Filipinos are known as a forgiving people, but are not necessarily forgetful. Predating a marker for comfort women erected in Liwasang Bonifacio in Manila in 2003 was a Kamikaze Shrine setup in Mabalacat, Pampanga, in 1998 despite the tragedy visited by these suicidal pilots and their aircraft to Allied ships participating in the campaign to liberate the Philippines. This attests to Filipinos’ desire for an inclusive and lasting peace. But continued Japanese opposition to the comfort women statue in Roxas Boulevard may trigger unwanted Filipino backlash and may strain the otherwise burgeoning comprehensive bilateral relations. (READ: What’s wrong with this statue of a comfort woman?)

Post-war Japan emerged as one of the Philippines’ largest donors, investors, and trade partners, and this economic dimension contributed in downplaying wartime grievances. This may have prompted the Department Foreign Affairs to inquire with the City of Manila about the circumstances that led to the establishment of the comfort women statue along Roxas Boulevard, where the Japanese embassy is also located.

But the experience of Korea and China suggests that robust economic interaction need not come at the expense of forgetting the past and denying justice for wartime victims. China and Korea are major trade partners of Japan despite the comfort women issue remaining a thorn in the complicated relations. China remains the largest source of imports for Japan and constitutes Japan’s second biggest export market after US. South Korea is the 4th largest import source of Japan and is Japan’s 3rd largest export market. This principled position accords the governments of China and Korea the dignity and esteem in the eyes of their own people, as well as of Japan. It is no wonder that Korea and China obtained enormous wartime compensation and economic concessions from Japan.

The comfort women statue along Roxas Boulevard commemorates an undeniable part of Philippine history and reminds mankind of the cruelty of war. That said, the forgiving spirit and maturity of the Filipinos to get over the past will ensure that the statue will not generate anti-Japanese feelings as the previous 2003 marker had shown.

If Japan is confident about its past, it should not feel insecure and anxious about the statue. Applying pressure on the city of Manila or the Department of Foreign Affairs will only draw more interest to an otherwise low-key historical marker and pushing further may only generate contempt.

President Rodrigo Duterte reacted strongly to efforts of other countries to dangle economic incentives and aid to sway domestic policies and Japan is aware of this. Japan should just allow the Filipinos the liberty to commemorate their history the way they want to, while it continues to do some soul-searching on how to come to terms with its own past. – Rappler.com

Lucio Blanco Pitlo III is a Lecturer at the School of Social Sciences of Ateneo de Manila University and a Contributing Editor (Reviews) for Asian Politics & Policy Journal. The views expressed in this article are his own and do not represent the views of his affiliations.