By ending Rappler-DepEd partnership, the only losers are the kids

Feb 10, 2018 8:54 AM PHT
Jane Bracher
Facebook Twitter Copy URL
Copied
Think of some of the dream-come-true stories you've heard or witnessed, or your own story. What did they have in common? Opportunity. 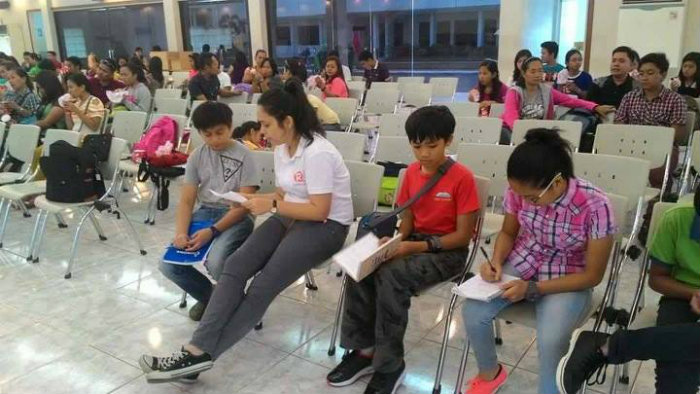 I’ve done a good number of journalism talks/workshops over the years, but the 2015 Palarong Pambansa Move.PH workshop in Tagum City, Davao del Norte, touched my soul differently. I had never met a group of kids who so badly wanted to learn something that they traveled some two to 3 hours on dirt road just to get to the workshop venue. These kids wanted to learn sports journalism – to write, to shoot pictures and videos. Their effort floored me and the strength of their dreaming made all of us in the room soar that day.

During the workshop, I asked the kids to write a game story based on some facts from an actual basketball game. These are some of what they wrote. Take a look. These are some 10- to 12-year-old kids writing actual articles – really good ones.

When I was around 10 to 12 years old, I was enthusiastic about school because I wanted to play, not to listen to teachers. I was certainly not writing anything beyond the occasional “dear diary.” And I was definitely not taking any meaningful steps towards my future at all at the time, unlike these kids. What were you doing when you were 12?

Rappler‘s partnership with the Department of Education for Palarong Pambansa has, for many years, given kids a platform to let their voices be heard. It has long been about the dreamers and their journeys – from campus journalists to student-athletes alike. After the workshops, the kids would get to cover Palaro and their work would be published and shared on Rappler, bylines and all. A portfolio of work for pre-teens. Many adults struggle with a portfolio, imagine how big that is for a grade schooler?

To learn that the partnership has been terminated is heartbreaking. Many stories that deserve to be told might no longer see the light of day – that includes the stories of student-athletes who compete for more than just a game. Many dreamers might never have such opportunities to learn, grow, or be heard. Many dreams might never come true anymore. (READ: Campus journalists to cover Palarong Pambansa)

We can argue endlessly about the why’s behind this decision. But we would never really achieve anything meaningful, because at the end of the day, this is simply about the recognition that the only losers here are the kids. Not you or me, not Rappler or the government. Lost in all of the bickering on social media is the devastating effect of such decisions made by those high up in the pyramid of society for all those at the bottom. For however way we got here, the point is this: Filipino kids are once again an opportunity short of carving a better future for themselves.

Think of some of the dream-come-true stories you’ve heard or witnessed, or your own story. What did they have in common? Opportunity. Someone somewhere took a chance on a person who worked hard and dared to aspire. Without that chance, dreams die. The Rappler-DepEd partnership gave these kids a fighting chance to make their dreams a reality. What now?

For those of you who believe this is all about money, or the comments I’ve seen from others who say it’s about training future corrupt or biased journalists – I implore you to read these articles written by young dreamers. Is that what you really think these kids are trying to become, or being taught to be?

How could you be so heartless? – Rappler.com

Jane Bracher is a former Rappler sports reporter. She is currently studying in London.