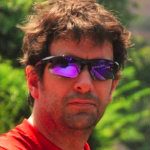 The way José Rizal is celebrated in the Philippines as a national hero finds no match in the world. Shrines and monuments dedicated to his figure are abundant throughout the archipelago, and his name indicates often the most prominent street or plaza in town. Rizal is a subject in the university as it has become a symbol of Philippine patriotism. Some historians have gained fame and money becoming eminent “Rizalistas,” and I was not surprised at all when I got to know that there is even a small group of religious believers in Mount Banahaw called Rizalistas, who claim Rizal is the real messiah. Rizal is the favorite among the national heroes, and the best word I find to call the relation between Filipinos and Rizal is devotion.

Although Rizal was already esteemed as a top intellectual and writer both in the Philippines and Spain, the making of Rizal as a national hero was a legitimate and well-intentioned operation carried out a few decades after his cruel execution during the American period. And the problem with having him converted into a national hero is that it has resulted in some unexpected consequences: an exaggerated focus in his life: what I have called “chismography” about Rizal, the oblivion of other world-class Filipino intellectuals – Sanciangco, De Los Reyes, Kalaw – and a neglect of what it should be most valued: his writings.

I remember a day in class when I asked my students what they could say about Rizal, and I was told he was a babaero (womanizer) and had many many girlfriends. “That’s why he is our role model!” one said cheerfully. I remember a student telling me she failed in class because she forgot the color of the shirt Rizal was wearing when he was shot. I can recall the faces of disappointment every time I bring my foreign friends to Rizal’s shrine, a reliquary-like place where you can find a long list of the professions Rizal supposedly practiced and the list of the 14 languages he was supposed to master, but nothing that could help to understand him.

The state of semi-divinity achieved by his figure carries other problems: “I will not achieve what he did in 35 years. He is a genius and he liked to work hard. I admire him, but I prefer a simple life,” another student told me. Rizal has been placed on such a high level that some young Filipinos do not think of him anymore as a human person whose achievements could inspire.

The lack of understanding of Rizal comes, in my modest opinion, because Rizal was a writer and suffers the irony of being a national hero in a country where most people do not like to read. Sadly, the proliferation of monuments, shrines, and homages have not been accompanied by a close scrutiny of his writings, which are most often read in a very shallow and purely nationalistic way. Apart from Noli and Fili, the rest of his abundant and rich written production is almost impossible to find in bookstores, and if not for the outstanding efforts of another patriot – Teodoro M. Kalaw – in collecting and editing most of his precious letters, those would not be easily available today.

The centennial of his birth moved the government in 1961 to publish most of his works in several volumes. However, the editorial criteria was far from the rigor demanded today in reliable editions and, most importantly, with the exception of Noli and Fili, and some other English translations, most of the works of Rizal are still only available in a language most Filipinos do not speak: Spanish. Even for his masterpiece, the only critically annotated bilingual edition was published by Vibal Fundation in 2011.

I perfectly understand that renaming a square or placing a statue in a square is way easier than publishing critical editions, but I truly believe, given the current circumstances, that the works of José Rizal truly deserve it. Establishing carefully the texts, annotating it in order to make more accessible to all kind of readers, and providing translations to the most important Filipino languages would be an undeniable exercise of patriotism that should not be longer delayed. No one can blame Filipinos for not reading Rizal when, in the first place, most of his works are not easily available.

It can happen that a Filipino reader does not have the patience to read his novels, but it could well happen that this same reader might enjoy reading his private letters or short articles. Although Filipinos cannot access the stylish beauty of his Spanish, they could get engaged with his rich arguments, with superb critical thinking skills, his uncommon intellectual brightness. Admiring Rizal without understanding him is a kind of empty nationalism and blind devotion. I do not find a better way to pay him a tribute than to read his work and getting to understand his formidable prose and his compelling ideas. Before being a hero, he was already a gifted writer, and Rizal, like another writer, wanted to be read. – Rappler.com

Jorge Mojarro has lived in the Philippines since 2009. He holds a PhD in Philippine colonial literature, teaches Spanish language and culture at the Instituto Cervantes de Manila, and conducts research for the University of Santo Tomas. He is a self-proclaimed lover of Philippine gastronomy.