[OPINION] Lessons on fear in the grand manner Facebook Twitter Copy URL
Copied
We must choose to uphold the true rule of law, even when those in power use fear to attempt to silence us 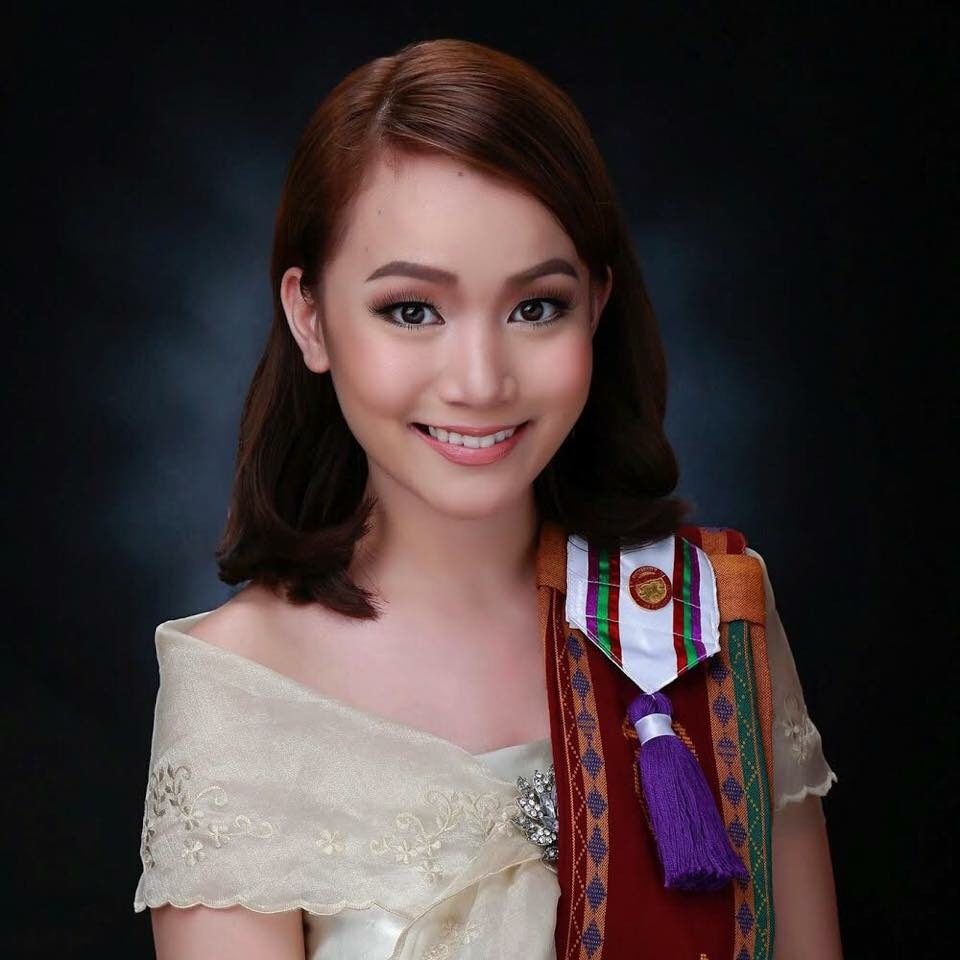 (This is the valedictory address of Maria Patricia S. Valena during the graduation of the University of the Philippines Diliman College of Law)

If I may, I’d like to begin with a story.

My parents had me when they were 21-year-old college students. I grew up going to UP not just to play in Sunken Garden, but also to sit quietly in the back of my mother’s undergrad classes and wait till she could take me to get ice cream at Shopping Center.

It took them a little longer than 4 years, but somehow, my parents both made it through UP while at the same time raising a family. They went to their classes, went to work, then came home to take care of me and my siblings. While times were sometimes rough, and money never enough, they always made sure that we were fed and clothed and most importantly, happy. (READ: Make or break: My freshman law story)

My mother, in particular, has shown me every single day what it means to live for others, and how to be a good person. I will never know anyone as hardworking and selfless as my parents, and I will never be able to thank them enough for everything they’ve done. To my parents – this is for you.

Of course my parents aren’t the only people I need to thank, since we all know that getting through law school is never a solo effort. In my case, I want to thank the rest of my family, friends, blockmates, sorority sisters, champion teammates in the Stetson and Jessup moot court competitions, everyone I worked with in the Bar Operations Commission Academics Committee and the Institute of International Legal Studies, and all my professors. I would not be here today if not for you. Thank you, from the bottom of my heart.

I was requested to keep this speech short, so to make this easier for everyone, I decided to forego writing a fancy speech and to stick with what I already know, which is law school. (READ: [OPINION] Gears shifted: From nurse to lawyer)

While everyone’s law school experience is unique, I believe there’s at least one thing we all have in common: fear. If there’s anyone here who never felt even the slightest bit nervous or anxious or afraid during their stay in the College, then I stand corrected, and I salute you. For everyone else though, I’m sure we all know what it feels like to be afraid.

Afraid of a professor, of recitation, of an exam, of stepping foot inside Malcolm Hall on days when it’s all just too much. Afraid of even getting out of bed in the morning because doing so means facing yet another day as a UP Law student. I’ve been there, we’ve all been there. We hear a lot about the grand manner of UP Law, but sometimes it feels like much of the grand manner is really just fear. From the moment we attended mock recitation before our freshman year and prayed we wouldn’t be called, till now, sitting here today, with the threat of November looming before us, we’ve constantly been taught to be afraid.

As a female student in this college, I’ve had to face an additional set of fears. The fear of being seen as overly competitive, overly ambitious, overly intense. The fear of being judged for my appearance, rather than for my work. The fear of having my accomplishments disparaged as products of charm, or any means other than actual blood and sweat and tears. For the most part, I and other women in this college have learned to rise above these fears. But they are real.

The College of Law teaches us fear, yes. But at the same time, it also teaches us how to overcome these fears, and if we can’t overcome them, to pretend they don’t exist and to keep going anyway. We learn to recite without our palms sweating. We stop breaking into a cold sweat every time the terror professor walks into the classroom. We realize that one failed Criminal Law II midterm is not the end of everything, and that a terrible recit will one day be a funny story.

In sum, we’ve all overcome fear in one form or another, one way or another, during our stay in UP Law. Today, we graduate and finally leave those fears behind. However, we leave Malcolm Hall only to face the so-called real world. And what kind of world awaits the UP Law graduates of 2018?

At times it feels as though we are graduating from one set of fears only to face even greater ones. There is much to fear in the Philippines today, from the rampant killings to the deliberate and calculated consolidation of power in the executive branch of government and its flagrant abuse of this power, in which the other branches of government are complicit. The current administration thrives on fear – creating it, perpetuating it, using it to immobilize those who dare to speak out. From the attacks of internet trolls to barely disguised political persecution, this administration has mastered the art of using fear to entrench itself in power and to silence dissent.

In this environment of fear, the rule of law has been perverted to mean nothing more than mindless acquiescence to the injustices perpetrated by the administration, all under the cover of so-called legality. Public office is treated like a commodity to be awarded to the highest bidder, and forfeited at the whim of the executive. Arrests are made on trumped-up charges or no charges at all. People are killed by the very authorities tasked to protect them. All this is done in the name of protecting the rule of law and bringing peace and order to the country.

In his address to the newest members of the Philippine Bar a few weeks ago, Justice Lucas Bersamin defined the rule of law as “the recognition that ours is a government of laws, and not of men, and the abiding belief in law.” I agree with this definition wholeheartedly. However, Justice Bersamin then went on to say that the principal ingredient of the rule of law is respect for the institution of the courts and of the duly constituted authorities. On this point, I must respectfully disagree.

Justice Aharon Barak of the Supreme Court of Israel wrote in the Harvard Law Review that “the substantive rule of law is the rule of proper law, which balances the needs of society and the individual. This is the rule of law that strikes a balance between society’s need for political independence, social equality, economic development, and internal order on the one hand, and the needs of the individual, his personal liberty, and his human dignity on the other.”

When the institutions of democracy become agents of fear rather than protectors of each individual’s personal liberty and human dignity, such institutions lose the right to demand the people’s respect. The rule of law does not demand blind deference to institutions; rather, as Justice Barak wrote, it guarantees fundamental values of morality, justice, and human rights, with a proper balance between these and the other needs of society. Fear of the institutions of government has no place in a society governed by the rule of law. The duty to respect the rule of law is the burden not only of the governed, but even more so of those who govern. Its principal ingredient is not the people’s unconditional respect for government, but government’s respect for the rights under law of each person it is sworn to protect.

The true rule of law should be the goal of every democracy, yet it is sorely lacking in the country today. This is the real world we enter as graduates of the UP College of Law. What then is our duty, and how do we serve the rule of law when those in power are determined to destroy it, and to silence every dissenting voice?

There is no one answer to that question. We leave the College to pursue our own dreams and ambitions, and to carve out our individual paths as future lawyers. As we go our separate ways, perhaps we can all take to heart Chancellor Michael Tan’s words at yesterday’s University Graduation – that we must always do our best to curb anger and unkindness.

Above all else, we all have in common the duty to remember what Malcolm Hall taught us about fear, and more importantly, how to overcome it.

The College taught us that in the face of our fears, we are capable of much more than we think. Today, more than the cases and the codals and the commentaries, it is this lesson we need to take away from our stay in the College.

We need to remember that the rule of law is more than mere adherence to the rules we’ve memorized, and when faced with a choice, we must choose to uphold that which protects the rights and freedoms of each individual, and guarantees fundamental values of morality, justice, and human rights. We must choose to uphold the true rule of law, even when those in power use fear to attempt to silence us. The grand manner of UP Law requires nothing less.

To the UP Law Class of 2018, congratulations.