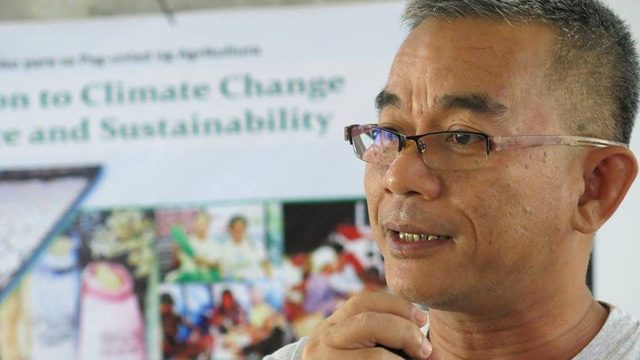 At approximately 9:30 PM (PHT) on Tuesday, November 6, human rights lawyer Benjamin Tarug Ramos, 56, was reportedly ambushed by two men on a motorcycle in Kabankalan City, Negros Occidental. Atty Ben sustained 4 gunshot wounds and was declared dead upon arrival at Holy Mother of Mercy Kabankalan City Hospital. He is the 34th lawyer killed under the Duterte administration.

I had the opportunity to meet and talk with Atty Ben on several occasions in 2016 while doing field work in Negros. He invited me to stay in the same compound as his family, and work alongside the PDG (Paghidaet sa Kauswagan Development Group) staff – all of whom shared his fierce commitment to uplifting the lives of farmers. I personally witnessed countless farmers coming in and out of the compound. No one was ever turned away. All were welcomed.

My conversations with Atty Ben were not only about the inequity, marginalization, and dire conditions afflicting so many farmers in Negros, but also, and perhaps more so, about overcoming those conditions. He described the power of peoples’ movements and the coalescing of national and international NGOs – all collectively working to empower farmers in the Philippines. And he was a formidable leader in that effort.

Atty Ben committed his life to building the resources and infrastructure necessary to empower farmers. He believed in farmers. He knew that if you give farmers land, build their capacities for developing their own agricultural resources, and revitalize traditional farmer-to-farmer knowledge and resource exchange, they would transform their lives and communities. He knew that farmers were (and are) the heart of the Philippines and central to her sustainability and resilience.

Merely days after this travesty, there has been an outpouring of statements linking Atty Ben’s death to the “red tagging” that is occurring under the Duterte administration, a guise being used to target human rights advocates, community development workers, progressive organizations, environmentalists, farmers, and their allies. A fierce defender of farmers, environmentalists, political prisoners, and mass organizations in Negros, Atty Ben was a victim of this targeting.

Despite receiving death threats leading up to his assassination, Atty Ben remained fearless and steadfast in his commitment to farmers, community development workers, and justice.

He provided legal assistance to the families of the Sagay farmers – the 9 members of the National Federation of Sugar Workers (NFSW) killed last month in a suspected land conflict. Dubbed the Sagay Massacre, the 9 farmers were occupying land at Hacienda Nene in Barangay Bulanon, Sagay City when unidentified armed men opened fire on the victims who were all resting under a tent at the time.

He was legal counsel to the Mabinay 6, a group of young adults who, according to Karapatan Cebu, have been illegally detained for serving farmers communities and doing community development work in Negros Oriental.

As many await truth and justice to rise out of this travesty, individuals, communities, and organizations across the Philippines and abroad are condemning the murder of Atty Ben. Many are drawing attention to the use of security forces by the ruling elite to avoid land reform policies and raising an alarm to the culture of impunity that is spreading throughout the Philippines.

Now is not the time to turn a blind eye to the accumulation of such statements linking Atty Ben’s death to the Philippine National Police, Armed Forces of the Philippines, and the ruling elite in Negros.

We must collectively and in solidarity condemn the “red tagging” that is occurring in the Philippines and call for justice for Atty Ben in honor of the instrumental role he has played in uplifting the lives of farmers in Negros; in honor of him fiercely fighting alongside sugar plantation workers in their struggle for genuine agrarian reform in the Visayas region; and in honor of his leadership in the Organic and Food Sovereignty Movements in the Philippines.

I, along with so many others, have a heavy heart knowing Atty Ben is no longer with us. But his life and commitment to the people will give us all a lasting and undying strength to continue the struggle that he so powerfully led. Maraming salamat, Atty Ben, for never giving up on the people and for being an example to all of us. My deepest condolences to his wife, children, and all the lives he touched in the Philippines and across the globe.

Amber A. Heckelman is a PhD Candidate at the University of British Columbia Centre for Sustainable Food Systems, Philippine Studies Series.