[OPINION] In seeking solutions to Rohingya crisis, ASEAN must learn from the past 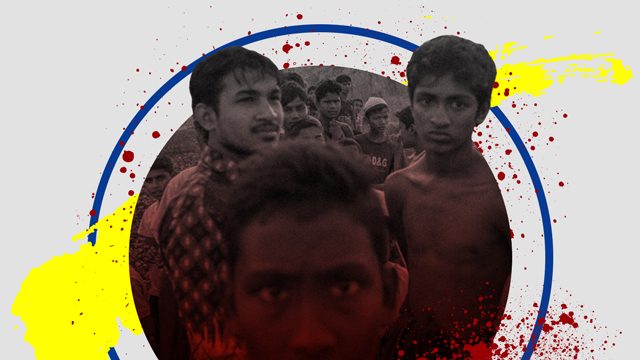 Facebook Twitter Copy URL
Copied
The displacement of Rohingya is a regional crisis that needs regional solutions. The largest refugee camp in the world sits at the doorstep of ASEAN.

“I’ve been a refugee 3 times,” said Rashida*, a 50-year-old Rohingya woman we met in the camps in Cox’s Bazar, Bangladesh. “Without full citizenship, I cannot go back to Myanmar.  So many times, the governments negotiated and we were repatriated. But we had to leave again and flee for our lives. We need the international community to help us resolve this problem.”

Leaders from the Association of Southeast Asian Nations (ASEAN) must work together to find lasting solutions for Rohingya refugees across the region, and to address the root causes of the statelessness and displacement crisis in Myanmar’s Rakhine State. It is now clear that the displacement of Rohingya is a regional crisis that needs regional solutions. The largest refugee camp in the world sits at the doorstep of ASEAN.

In addition to the nearly one million Rohingya refugees now living in makeshift conditions in Bangladesh, hundreds of thousands of Rohingya refugees have fled decades of persecution and discrimination in Myanmar to find refuge in other countries throughout the region. (READ: FAST FACTS: Who are the Rohingya?)

Recently, a group of Rohingya embarked again on dangerous sea journeys across the Bay of Bengal to seek refuge in countries such as Malaysia and Thailand. But without laws to recognize and protect the rights of refugees, Rohingya refugees across Southeast Asia have been living for years with no legal status, in miserable conditions without proper schools, health care, or jobs, perpetually at risk of arrest and detention.

ASEAN governments should commit to a concrete plan to improve conditions for and uphold the rights of all Rohingya refugees in the region.

The increased engagement of ASEAN leaders in finding solutions to the crisis in Rakhine State and the situation of Rohingya refugees in Bangladesh, as affirmed by Singapore’s Foreign Minister Vivian Balakrishnan in his recent visits to Bangladesh and Myanmar, is encouraging.

However, calls for the refugees to return quickly to Myanmar are premature. The United Nations refugee agency, UNHCR, has said that conditions in Myanmar remain unsafe and Rohingya people continue to flee the country.

The head of the UN human rights investigation on Myanmar said last month that genocide against the Muslim Rohingya population was ongoing. The announcement by the governments of Myanmar and Bangladesh that a first group of 2,260 refugees will be repatriated immediately is deeply concerning.

The governments of Bangladesh and Myanmar have made commitments that refugees will only go back voluntarily when conditions are safe. Yet none of the people earmarked for repatriation have been consulted or told where they will go back to. It’s crucial that refugees only return voluntarily in a process that is in line with international standards and monitored by UNHCR.

If return to Myanmar happens now, there is a serious risk that it would breach the fundamental principle of non-refoulement which states that no person should be forcibly returned to a place where they could face persecution.

Refugees we have met say that ultimately, they want to go home – but only when they feel confident that they will be able to live freely, without fear.

For that to happen, they want to see justice served and an end to the violence. They need equal rights, including citizenship, instead of restrictions that prevent them from finding work, attending school, or seeing a doctor.

They need assurance they will be allowed back to their villages – not trapped in confined camps, unable to leave and dependent on aid, as has been the experience of around 128,000 Rohingya and other Muslims in central Rakhine State for the past 6 years.

Refugees like Rashida remember what it was like to be sent back prematurely to Myanmar in the 1970s and the 1990s when conditions were unchanged, only to have to flee again several years later. They are terrified of what might happen if they are returned now.

Instead of calling for speedy repatriation, ASEAN governments should support the Myanmar government to create conditions in Rakhine State that will allow Rohingya refugees to return in safety and with equal rights. This means putting diplomatic pressure on Myanmar to end discrimination and human rights abuses against the Rohingya; providing practical assistance, such as health care, education, and jobs, for all vulnerable communities; and helping to build a foundation of trust and tolerance between communities, rather than fear and hatred.

The mistakes of the past must not be repeated. It’s time to break the cycle of persecution and flight, to ensure that Rashida’s children and grandchildren can enjoy the brighter, fairer future that they deserve. – Rappler.com

*A pseudonym was used to protect the identity of the refugee.

Rachael Reilly is the Oxfam Rohingya crisis regional advocacy manager. Oxfam is supporting more than 260,000 Rohingya refugees in Bangladesh and providing lifesaving aid to more than 150,000 people affected by conflict and natural disaster across Myanmar.