[OPINION] It’s tidying up, not trashing, with Marie Kondo

Feb 9, 2019 11:12 AM PHT
Novia Riani Putri
Facebook Twitter Copy URL
Copied
When we have a problem and feel hopeless, it’s not unusual for us to seek experts to help us solve them. Kondo does the same thing. 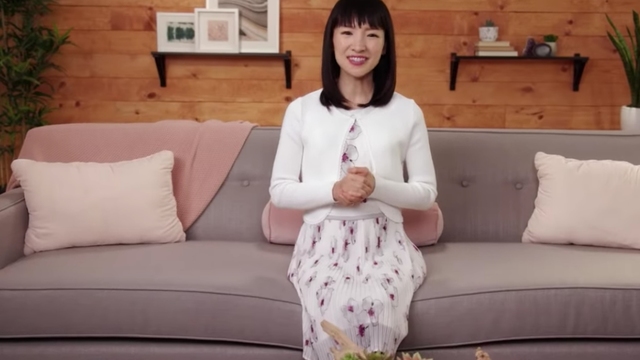 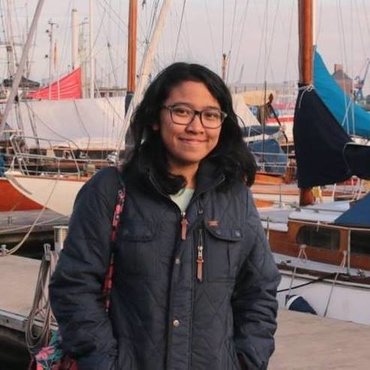 Marie Kondo has been in the “tidying up” business since her university days when she was only 19 years old. She continued building up her business and published her best-selling book The Life-Changing Magic of Tidying Up in 2012.

Kondo maintained her business course by finalizing a deal with one of the biggest streaming services at the moment, Netflix, to produce Tidying Up with Marie Kondo which premiered on January 1, 2019.

The “business material” that Kondo sells worldwide is actually based on a simple premise: Tidying up.

For some people, this concept might seem so simple that they often take it for granted. It starts with sorting your things into categories, folding clothes with the “KonMari” method, and ends with “throwing your things.”

Frankly, as someone inspired by her method (I’ve read The Life-Changing Magic of Tidying Up twice, and as soon as I finished reading, I was eager to clean my room), I never found her to be as ruthless as some people might claim. (READ: Marie Kondolences)

The way Kondo writes her books is mostly telling the “don’ts” first and the “dos” later.

When she grew tired of her siblings’ cluttering habit, she threw out their things without their permission. That is an invasion of privacy but Kondo is a mere human; she’s not faultless. The good thing about her is that she learned from the mistake and made that a lesson in the book: not to control other people’s cluttering habit, however bad it may be.

If we are truly bothered, or if we feel our sense of privacy is disturbed, we should take a different approach to help them tidy up.

Kondo’s non-authoritarian method is seen in her show. In her pilot episode, we’re introduced to the Friend family, Kondo’s clients who got bothered by their pile of stuff at home, adding to the stress of raising two toddlers.

Kondo told them the lessons that made her book famous: categorize your things, separate clothes that don’t spark joy, and say farewell to things that have finished their tasks.

Kondo shows them how to actually do this, but she doesn’t control and force the family. She lets the family to declutter by themselves, while she just shows the way. The one time Kondo interrupts their decluttering session is when Mrs Friend throws out clothes that have lost their spark without expressing gratitude.

Kondo also guides the Friend couple to focus on the task of categorizing clothes.

When Mrs Friend gives her opinion on Mr Friend’s confusion on whether to keep a certain t-shirt, Kondo asks her to be focused only on her task.

The Tidying Up show pilot lasts for 30 minutes. It’s compact and introduces all the things we need to know about the KonMari method. It basically features some of Kondo’s clients who have problems with decluttering. Kondo and her translator or assistant then shows up to help them solve their problems.

When I finished the pilot, I am certain that Kondo appeals to so many people because she crafted her method of tidying as something that can solve other worldly problems.

When we have a problem and feel hopeless, it’s not unusual for us to seek experts to help us solve them. We meet the experts, they analyze our problems, they try to offer advice and solutions, and we follow them. Kondo does the same thing. Both the experts and Kondo have their own methods; it’s up to us whether to follow or not.

Another thing special about Kondo is that she brings an unusual approach to her method such as expressing gratitude to things we don’t want to use anymore. By expressing gratitude, we say thanks in a literal sense. “Thank you for being there when I was in the university.” “It’s time to say goodbye and I really am grateful you were there” and so on.

Marie Kondo is an expert on decluttering but she will never be free from making mistakes. She never throws the fact that she has made some mistakes, yet she tries to repackage it as something to relieve her clients, readers, and followers. Once again, Kondo is just a mere human being like we all are. – Rappler.com

Novia Riani Putri graduated from French Studies program at Universitas Indonesia. She is currently working in financial industry, and is based in Jakarta, Indonesia.