7 Last Words reflection: The chain of anger-revenge is broken 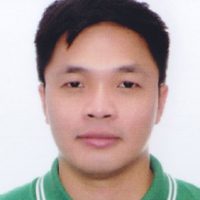 Over the years, people have taken keen interest in the final words or utterances of the dying, which give a glimpse of the person’s raison d’être, who he is, and what matters most to him. While most in their final moments are unconscious, too weak or in much pain to speak, anthologies of “famous last words” show how key personalities shuffle off the stage of life. Many of these words at the threshold are requests, thanksgiving, or contrition. Some are poignant, profound, jocose, defiant, or sarcastic; others are spontaneous and pithy, or rehearsed and contrived.

Religious traditions have guidelines for final words as they deem the transition between life and death as utterly holy. The Jewish Kabbala requires those passing away to pray the psalms and recite the Shema (“Hear, O Israel, the Lord is our God, the Lord is One”) and the verses of unity. The dying Muslim recites the first words whispered to him as a baby, that is, the Shahada or the Islamic declaration of faith (“There is no God but Allah and Muhammad is the Messenger of Allah”).

Christians, on the other hand, look up to Jesus Christ and seek to live by the spirit of his Seven Last Words, not just on Holy Week, at retreat or recollection time, but every day. These words convey Jesus’ concluding declarations and cries as recorded in the Gospels. They are also regarded as essential in the following of their divine Master.

Jesus’ initial word, as recorded in Luke (23:34), is a pleading for forgiveness of his tormentors. Forgiveness is at the heart of the leitmotif of the kingdom of God that he inaugurates. Jesus always speaks of God as Abba, a merciful and compassionate father and invites all God’s children to be merciful like the heavenly Father (Lk 6:36).

In Golgotha, a place called The Skull outside the walls of Jerusalem, Jesus hangs on the cross between two criminals. The carpenter-turned-rabbi who once gathered people to announce to them the Good News of God, healed, fed, forgave, and brought the dead back to life, is now sneered at by his adversaries, challenged to come down from the cross if indeed he is the Messiah, condemned as blasphemous by the Jewish religious leaders, and crucified by the Romans as a dangerous revolutionary. He is deemed a “foreigner” by his own people.

Jesus would have every reason to cry for God’s vengeance against his enemies, as the persecuted righteous figures had done. But to the crowds’ surprise and consternation, Jesus “walks his talk.” “Father, forgive them, they know not what they do” (Lk 23:34). What does this mean? Scripture scholar Raymond Brown says that the people who nailed Jesus to the cross did not understand that they were doing a crime against the son of God. Theologian Karl Rahner comments that the executioners knew what they were doing; what they did not know was that they were deeply loved.

A gripping truth lays clear to us. The ignorance, callousness, and wickedness of the people around Jesus caused him life’s toughest challenge. Hatred can blind people vis-à-vis their better selves, their humanity. They really don’t know what they are doing. Only forgiveness can heal them.

A God who remembers – and ‘forgets’

To err is human to forgive divine, says the English poet Alexander Pope. For Jesus, it seems that to forgive is human and to forget, divine.

In a culture that often forgets the things that need to be remembered, and that remembers the things that ought to be forgotten, Jesus’ challenge is crucial. While forgetfulness has its own merits, however, it is never a virtue.

Jesus knows well and lives by his faith in the word of God to the end, namely, that God is the God of the covenant (Dt 7:9), a God who remembers (Ps 105:8) and redeems his people most especially in their sufferings and afflictions (Ps 102), a God compassionate and gracious, slow to anger and abounding in mercy and truth (Ps 86:15). That while God is omniscient (Ps 139:4), he chooses not to keep a record of wrongdoings, or brood over injuries and tales of iniquities (Is 43:25). The humble and the contrite, the conscientious and the accountable, then, can begin anew.

Things are easier said than done because the forefathers’ approach of “eye for an eye” and “a tooth for a tooth” appeals to the baser instincts. Then people are caught in the vicious cycle; the victim becomes the victimizer, the aggrieved becomes the aggressor.

No matter how painful forgiveness is, there are those who boldly tread this apparently non-human path, and gradually allow God’s grace of healing, with the help of a support group, to move on – with or without the offender/s. These people do themselves good by not allowing the deeper enemy of pride, bitterness, hatred, and anger consume them. It all begins with the desire to do it.

Forgiveness may be the hardest part, but perhaps, the most vital and the most liberating. Jesus made that brave, sincere, and complete act as he was hanging on the cross. As he chose in agony to understand and lovingly pardon his persecutors, the chain or cycle of anger-revenge is broken. With that, a new chapter, a new civilization, has dawned. – Rappler.com

Fr. Angelo Paolo O. Asprer, SSP has been a priest of the Society of St. Paul for the past 4 years. He currently serves as the Assistant Director of St Pauls Publishing.

A video-reflection on the first of the  ‘7 Last Words of Jesus Christ’ presented by St. Paul’s Audiovisuals.