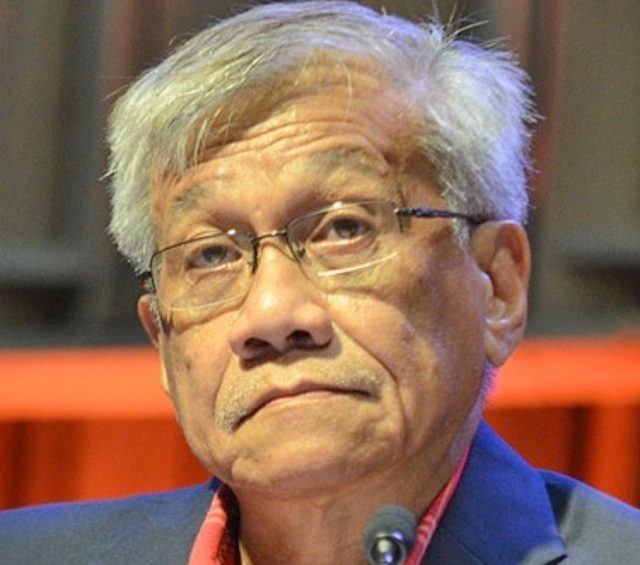 The principle of academic freedom is the product of a hard-fought centuries-long struggle to protect the free exchange of ideas from being undermined by state intervention and contaminated by political partisanship.

While I was a professor at the University of the Philippines over a decade ago, I found myself defending the candidacy for tenure of a sociologist with a brilliant academic record from colleagues who sought to deprive her of tenure for her left-wing political affiliations. The intellectual achievements of the candidate, I insisted, should be the sole basis on which a decision should be made, and the majority of the sociology department agreed with me. Unfortunately, a small politically conservative minority succeeded in overturning that decision.

Today, at another institution where I have taught, the University of California at Berkeley, a similar disturbing process is underway, though this time the ones pushing it come from the extreme Left.

The object of controversy is Dr Lisandro Claudio, one of the finest contemporary Filipino historians, whose appointment is being seriously considered by the Department of South and Southeast Asian Studies. People connected with the extreme left in the Philippines are making a last-ditch effort to block his candidacy by circulating a petition against him. The aim is apparently to make his hiring appear so controversial that it would scare the department from appointing him.

Those objecting to Dr Claudio are not doing so on academic grounds. How can they? He has just won the most prestigious award in Asian studies globally, the George McTurnan Kahin Prize awarded by the Association for Asian Studies, for his recent book, Liberalism and the Post-Colony.

They are objecting to him owing to his politics. Claudio is not just a scholar but also an engaged intellectual who is proud of his liberal politics. He has been outspoken in his criticism of extremism on both the Right and the Left.

It is this that has gotten him into trouble with the extreme Left in the Philippines and its partisans in the United States. For expressing his views, often in caustic terms, on the extreme Left, the latter have tried to pass him off as a McCarthyite.

It is a strange and false accusation since McCarthyism is the active persecution of someone with a liberal or progressive political persuasion, and Claudio has not persecuted anyone. He has been critical of the extreme Left (and extreme Right) and, yes, he has sometimes made fun of what he considers their Neanderthal views, but that is not being McCarthyite. It is the free expression of differences, intellectual jousting, sometimes with a comic and sarcastic touch a la Voltaire. That is stimulating, indeed enjoyable debate, not persecution.

I have had my disagreements with Professor Claudio, the most recent over some aspects of his treatment of the liberal tradition in the Philippines. However, we have aired our differences in accordance with the highest standards of academic debate, where truth and logic are supreme and name-calling and propaganda are out of bounds.

The debate we have had over his prize-winning book Liberalism and the Post-Colony is emblematic of the way he engages those who may not agree with some of his contentions. It is an engagement that is civilized and open to the assertions of the other side. That is the way Professor Claudio approaches those who disagree with him, by engaging them in debate, not persecuting them.

It is unfortunate that there are those who should know better who have allowed themselves to be seduced by a scurrilous petition authored by political forces external to the university. They who are contemptuous of academic freedom and are determined to hijack a great university’s hiring process in the service of their sectarian, extremist politics.

I continue to treasure the academic freedom afforded by the University of California at Berkeley, which provided me with a haven while I was in opposition to the Marcos dictatorship 40 years ago. I am confident that Berkeley, the birthplace of the famous Free Speech Movement, will not allow itself to be intimidated by the enemies of free speech. – Rappler.com