[OPINION] No, Mr Panelo, there is a traffic crisis and denying it won’t help Facebook Twitter Copy URL
Copied
'Your remark is insensitive and exemplifies what we already know about this administration: that you rarely really care about the poor, and that you coddle the rich.' 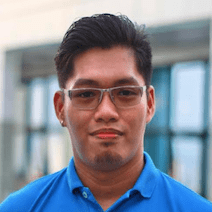 A few days ago, Presidential Spokesperson Salvador Panelo disagreed when asked if he thought there was already a traffic crisis in the country. “Everybody suffers from that, that is a given, but there is no mass transport paralysis, hence there is no mass transport crisis,” he infamously remarked in a press conference. It was the same week when all major train systems in the metro broke down. (READ: Panelo suggests choppers for emergency patients in traffic-logged cities)

You are wrong, Mr Panelo. And millions of Filipinos will agree with me. I will tell you why.

First, it is not a joke to spend two hours or more traveling to and from school or work twice a day at least 5 times a week. If you are unlucky enough, you will spend the entire trip standing in an already crowded bus or train, where getting in is almost as hard as getting off. Every commuter knows the paranoia of being pickpocketed, and of ladies, especially, falling prey to lascivious sexual predators.

But since your overlord is a proud misogynist, I guess you wouldn’t really care about that last part.

Second, exhaustion and frustration reduces productivity inside classrooms and offices. How can a worker provide creative ideas or a student face his or her professors’ grilling if they’re tired from commuting for hours? Leave earlier, you say? That time could have been used to spend time with their children, or read an extra chapter of a textbook.

But since your overlord is a proud historical revisionist, I guess you wouldn’t really care about that last part.

Third, to disregard the economic impact of traffic is tomfoolery. According to the Japan International Cooperation Agency, traffic costs the nation P3.5 billion a day in economic opportunities lost. That is around P1.3 trillion pesos per year. In contrast, the education sector, which got the lion’s share of the budget this year, gets only P501.23 billion or roughly P1.37 billion per day while health gets P98.57 billion or around P270 million per day. Theoretically speaking, if the government could monetize a third of the money lost due to traffic every day, that would be an additional P430 million, which could be used to improve social services and deploy modern jeepneys on the road.

Your overlord once squawked at jeepney drivers, “Mahirap kayo? Putangina, magtiis kayo sa hirap at gutom! Wala akong pakialam (You’re poor? Son of a bitch, then endure the hardships and hunger! I don’t care),” so I guess you wouldn’t really care about that last part

Don’t get me wrong. We all understand the limitations that our government has to overcome in solving the metro’s horrendous traffic. We also appreciate the exciting infrastructure projects of the administration’s flagship “Build Build Build” program. They will certainly help everyone, as well as leave a lasting and tangible legacy for the President.

However, your blatant disregard for the plight of everyday ordinary obreros and estudyantes (workers and students) does not help. Your remark is insensitive and, in many ways, exemplifies what we already know about this administration: that you rarely really care about the poor, and that you coddle the rich. The TRAIN law put higher taxes on poor citizens’ daily needs, but reduced levies on luxury cars. The war on drugs killed thousands of poor citizens, but only caught a handful of drug lords.

In the meantime, many officials still ride chauffeured cars on their way to government offices, while the President and his military elite will soon be riding a luxury jet to and from Davao once a week. At the same time, millions of Filipinos will have to settle with incommodious buses, rickety jeeps, and dilapidated trains – again. (The issue of security is, of course, a valid argument, but that is a topic for another day. If you can represent the rapist-murderer Antonio Sanchez in court, I think you are smart enough to know what I am saying here.)

At this point, all we want is for the government to solve this crisis fast, and to also have a little empathy. If better days are not yet forthcoming, acknowledge, empathize, and resolve. If representing an incompetent government is a challenge, at least have some class.

But since your overlord does not have that, I guess you wouldn’t really care about that either. – Rappler.com