[OPINION] An Undas reflection on Lolo-Dad, who left us a living piece of himself Facebook Twitter Copy URL
Copied
'It was definitely a shock to everyone in the family that my mom had a newborn half-sister, and that my brother and I had an aunt younger than us' 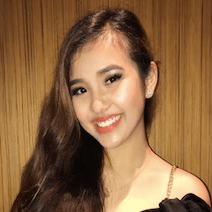 Lolo left behind a most unique memento in his passing: a piece of himself. At the age of 39, my mother discovered that she was no longer an only child.

My mom was an only child growing up, and she only had two children: myself and my older brother. And between the two of us, I had convinced myself that I was the favorite apo (grandchild).

My birthday is in May, so every summer during my elementary days, my Lolo would hold a birthday party for me. He would involve the staff at his bus company to organize all the nitty gritty details. One year it was a pool party, the next it was a beach party, and on another it was within the vicinity of his company’s main office.

Since most of my friends were in Manila, my guests had always been the children and apos of his staff and bus drivers. Although I loved being the center of attention at the party, as a child I hated the fact that I never received any birthday presents. But every time I made a sullen face, Lolo would always sit me on his lap and tell me that these children had probably never been invited to a party this big, much less be able to eat the kinds of food we served.

Lolo gave me bits of surprising insight even at a young age, but perhaps his biggest, most surprising insight came a few years later. It was definitely a shock to everyone in the family that my mom had a newborn half-sister, and that my brother and I had an aunt younger than us. I was 10 when she was born, and I knew instantly the moment I saw her, that even though I would always be the favorite apo, I would no longer be Lolo’s baby girl.

In the beginning, I thought it was weird to have this addition to the family and was confused about how to treat her. And then, Lolo developed Parkinson’s disease, and as I watched him grow weaker, I saw him less and less able to become a father to the newest member of our family. He could not carry her or feed her or even drive her to school. But I knew he loved her, probably more so than he did me.

Eventually, my jealousy turned into guilt, because I realized she wouldn’t be able to experience the kind of love I felt from Lolo. I took it upon myself to care for her and show her the love she deserved to feel from our Lolo-Dad. In time, she was no longer  my mom’s sister, but mine. I’m sure he had meant to fashion a piece of himself in this little girl so that every time we see her smile, we would see him. She’s our everyday reminder of the incredible things love can make.

Seven years ago, our Lolo-Dad passed away. On his deathbed were his family, his staff, his staff’s children, and every single person whose life he touched one way or another. It was then that I realized that there is one thing you can give in magnitude where there is always something in return: love. All the love you’ve given in your lifetime will come back to you eventually.

Our Lolo-Dad had been the epitome of love so much that I believe God took him back on Valentine’s Day on purpose. That is why every year on the 14h of February, we don’t mourn. Instead, we celebrate love. We celebrate his love and his colorful, love-filled life. – Rappler.com

Caryl Ambrocio has a double major degree in English and Management from the University of Aberdeen in Scotland, and is an unbelievable nerd. She has been writing since she was 7; loves reading bildungsroman novels; jumps the bandwagon in watching popular series, films and anime; has crossed out 16 countries in her travel bucketlist; and regularly complements her nerdiness with her addiction to makeup.