[OPINION] Who will police the police? 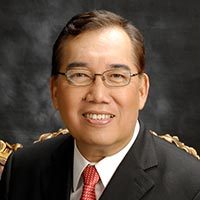 Trust and confidence in the Philippine National Police (PNP) appear to have hit a new low when the recently concluded investigation of the Senate blue ribbon committee revealed that prohibited drugs recovered in a buy-bust operation in Pampanga were underreported and recycled by “ninja cops.”

These same cops were later rewarded and even promoted to juicy positions. Worse, no less than the chief of the PNP had protected these cops from dismissal under the bata-bata (patronage) system. And as admitted by the police themselves, there have been more than 5,000 deaths in the course of police operations in the drug war.

In the face of this situation, it is timely to ask: Who will police the police?

It is little known that Republic Act No. 6975, the same law that established the PNP, also provided for putting up the People’s Law Enforcement Board or PLEB in every town, city, and legislative district. The PLEB has the power to receive, investigate, and resolve cases, and impose penalties of reprimand, suspension, demotion, and dismissal from service on erring policemen.

There is no active duty policeman or military element in the PLEB which helps generate trust and confidence in its proceedings. It is a collegiate body of 5 persons from the local community: a local councilor, a barangay captain, and 3 citizens of the community – one of whom must be a woman, and one a lawyer, a college graduate, or a principal. It shall be the central receiving entity for any citizen’s complaint against officers and members of the PNP.

The ratio of at least 1 PLEB for every 500 city or municipal police personnel helps assure that the PLEB will be more responsive and effective in its duty as grievance machinery.

The PLEB can ask any authorized supervisor for the preventive suspension of the respondent who refuses to heed the PLEB summons or subpoena, who has been charged with offenses involving bodily harm or grave threats, who is in a position to tamper with the evidence, and who can unduly influence the witnesses. The proceedings before the PLEB can be faster to finish because these are summary in nature, much like those in preliminary investigations of cases in the prosecutor’s office. (READ: The Philippines, a killing field)

The decisions of the PLEB are final and executory, with right to appeal limited to decisions involving demotion or dismissal from service.

Yet as of today, the PLEB has not really been given the chance to fulfil its mandate as the administrative disciplinary machinery of the PNP. There are LGUs where the PLEBs are not properly organized and lack offices, personnel, and cooperation and coordination with the PNP. The public is not even aware of its existence or the importance of the role it plays in demanding accountability from the police. (READ: What’s wrong with Philippine cops?)

What can be done to remedy the situation? The Department of the Interior and Local Government (DILG) must direct the mayors and the city or municipal council to operationalize the PLEBs by appointing the members, providing offices and staff, and providing the budget of the PLEBs in their areas.

We should have a nationwide information campaign for the public to know about the PLEB and encourage them to use it. As a corollary, we should adopt support mechanisms to provide moral and other support to citizens in the community who may file complaints before the PLEB. The PNP should be directed to extend full support and cooperation to the PLEB, its processes, and its decisions.

The PLEB needs strong political will if it hopes to succeed as a local community check-and-balance mechanism for the police. It gives hope that justice may be given to the victims of abuses. The PNP will also benefit from the PLEB as it will help restore discipline among its ranks and shore up credibility and trust in our law enforcement operations. (READ: How the PNP’s one-time, big-time operations work)

The appointment of Vice President Leni Robredo as co-chair of the Inter-Agency Committee on Illegal Drugs (ICAD) may hopefully provide new focus on the PLEB. The PLEB can best be appreciated as part of the government’s commitment to the rule of law and the doctrine of accountability. Thus, its full activation can help blunt criticism that the government cultivates a culture of impunity among law enforcers. – Rappler.com

Atty. Ronaldo T. Reyes is a member of the Brotherhood of Christian Businessmen and Professionals (BCBP) and Founding President of the People’s Law Enforcement Board Association (PLEBA).