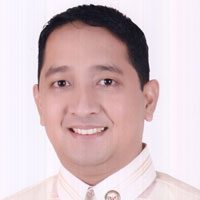 The most consequential post-World War II naval thinker and strategist to come out of the United States after Alfred Thayer Mahan, RADM J.C. Wylie, once wrote in his book Military Strategy: A General Theory of Power Control: “I believe deeply that strategy is everybody’s business. Too many lives are at stake for us not to recognize strategy as a legitimate and important public concern. But what I do decry is that strategy, which so clearly affects the course of society, is such a disorganized, undisciplined intellectual activity. And I believe this state of affairs might be improved.”

Addressing a just concluded online forum with the Manila-based foreign correspondents, Justice Carpio called on the country to conduct joint patrols in the disputed areas in the South China Sea “to fend off Beijing’s assertiveness, which persisted even if countries were grappling with the coronavirus pandemic.”

To which Secretary Esperon was reported to have retorted: “Kung ang iniisip ni Justice Carpio ay pakikipag-giyera eh iwanan na lang niya iyan sa defense [department] at kinikilala natin siya sa larangan ng hustisya, eh huwag na siyang masyadong pumapel sa pakikipag-giyera.” (If Justice Carpio is thinking of going to war then he should leave that to the defense [department] since we know him in the field of justice, he shouldn’t concern himself with going to war.)

Just to lay down my cards: I wish neither to pit one against the other nor defend one while denigrating the other. I share some nominal (not really close) ties with both Justice Carpio and Secretary Esperon. The former is someone I have shared an advocacy with as far as the West Philippine Sea/South China Sea is concerned; the latter is a more senior fellow alumnus of the Philippine Military Academy, a respected former Army and AFP chief, and one with whom I have regularly broken bread at least 4 or 5 times in the last year or so.

It cannot be argued that as President, Rodrigo Duterte is the chief architect of the country’s foreign policy.  That he chose a policy of rapprochement with Beijing shortly before and soon after he became president was enough for many quarters to issue a call to give Duterte at least the leeway and freehand to explore the China option – our maritime disputes and an active arbitration case with them notwithstanding.

I joined the early dissent against the so-called “pivot to China,” and Justice Carpio was among the loudest voices in calling for caution and circumspect in what would become a full-on embrace of the world’s second largest economy with one of the largest standing armies.

Almost 4 years into that change of policy, the risky gamble and embrace has not paid off in the manner that President Duterte would have hoped. China’s headway in the South China Sea has not abated, not even in the midst of the recession-inducing effects of the novel Coronavirus which found its genesis, ironically, in the Chinese city of Wuhan.

Supporters of the administration’s pro-China policy would be hard-pressed to cite its manifold gains; on the hand, critics that of that policy would have a field day citing the troubled waters of the West Philippine Sea, POGOs, and the yet-to-pay off promise of China’s OBOR underwriting Duterte’s own infrastructure spree “Build, Build, Build”.

It is self-defeating for President Duterte to continually pound on the argument that any Philippine action that seeks to uphold our victory as contained in the PCA arbitration ruling as well as activities that seek to preserve our prerogatives in the West Philippine Sea and among our islands, reefs and shoals scattered around the Spratlys will only lead to war with China and its mammoth People’s Liberation Army (PLA).

It is a patent fallacy, a false dilemma, because it wrongly assumes two things:

This false dichotomy apparently extends to Secretary Esperon’s exasperation with what he sees as “amateur” attempts at influencing national security decision-making on the part of an erudite former associate justice and expert in international law, hence he must stay out of this particular fray.

Justice Carpio is hardly an “amateur,” and the National Security Adviser’s views and the President’s policy on China and the Spratlys should not go unassailed – especially in the face of mounting evidence that Duterte’s risky gamble has put the country squarely into the steaming mouth of the hungry Red Dragon.

And that very same policy has virtually paralyzed any meaningful action towards a sustainable strategy to preserve whatever gains we have had so far in that troubled region.

Role of the public intellectual

Retired Justice Carpio has waded into the public discourse of our foreign relations with China and the manifold defense and security issues that this has generated vis-à-vis the Spratly Islands and the West Philippine Sea with the full force of a public intellectual’s erudition, lending his views on these burning issues from a mix of expert knowledge of the law, cross-connected knowledge from his days as presidential legal adviser to then-president Fidel Ramos, and general knowledge of history, strategy and maritime/naval affairs as a product of his scholarly pursuits.

Comparing my attempts at public discourse, they would surely rank “amateurish” alongside Justice Carpio’s and Secretary Esperon’s.

But in moments of crisis such as we are in now (and that extends far beyond the COVID-19-related dangers that we face), both the expert strategists among our long-time practitioners (whether it be law, politics, security or the academe) as well as the amateurs like me both serve a public purpose, as Admiral Wylie (and he was the farthest from what you would call an armchair admiral) firmly believed this was where our collective contribution lay:  [to determine whether] “our existing methods of thinking about strategy are superficial and inadequate, to set forth in bare outline the existing theories of strategy and their limitations, and then to speculate on a general theory of strategy that could provide a basis for more orderly and productive strategic thought than has generally prevailed.”

As the nation faces existential threats of a multifarious nature, it is the clarion call of statesmanship that must break through the noise.

While active and still serving in the judiciary, Justice Carpio all but threw away his last shot at headship of the highest court of the land. Now in retirement, he continues to risk the scorn and vicissitudes of a spiteful Chief Executive rather than simply ensconce himself in the accolades of a long and distinguished career in law and justice.

But the burden of statesmanship as such that befalls the likes of Justice Carpio must be borne, especially in these times of peril and uncertainty. To be fair, Secretary Esperon’s job does not call for him contravening the President.

But if he is to bear this burden (of statesmanship) as well – he must do so not just by conforming his advice to the Chief Executive’s intent, but also by allowing the discordant voice of a another statesman who cares not so much as to inform policy, rather only to question it in the hopes of ensuring that policy is forged in fire, thus becoming more effective. – Rappler.com

Francisco Ashley L. Acedillo served as senior consultant to the National Security Adviser from 2010-2013, prior to serving a term in the 16th Congress as a Party-list Representative. He has a Master of Management degree from the Asian Institute of Management, and is currently finishing his Juris Doctor from the UP College of Law. A member of PMA Class 1999, he served as a combat helicopter pilot in the Philippine Air Force from 1999-2008.