Mar 14, 2015 10:30 AM PHT
Facebook Twitter Copy URL
Copied
His resignation shows how a person can reconcile the tension between his individual political disposition with his responsibility to a cause, a collective or a party There’s a little known anecdote about Professor Walden Bello. Before joining Congress, he had a long academic stint at the University of the Philippines (UP) teaching sociology and public administration. One night, while he was with his graduate students, he suddenly blurted out in the middle of his lecture, “As my students, I expect all of you to withstand any amount of intellectual punishment possible.”

We have no record of how his students reacted to his statement. But this we can be sure of – Prof. Walden is an intellectual down to his very marrow. It is for this reason that he was able to teach his students to do the impossible, encouraging them to go through his unending reading list and to keep on writing even though their brains were already bleeding from sheer anguish and exhaustion. And we are certain that his students became better scholars (and citizens) because of him.

Unfortunately, he never quite prepared his students for that thing called resignation. 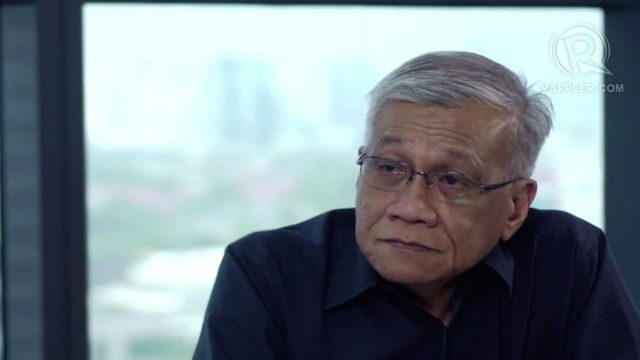 On March 11, Prof. Walden became front-page news after announcing his irrevocable decision to step down as congressional representative of Akbayan, ending his 6-year legislative career. But even before his resignation, Prof. Walden had already criticized the administration for the Disbursement Acceleration Program (DAP) and its handling of the Mamasapano tragedy.

The last straw, however, that prompted his shocking announcement was the recent remark from President Benigno Aquino III exonerating himself from the bloody Mamasapano incident, and shifting all blame on former Special Action Force (SAF) Chief Getulio Napeñas.

Prof. Walden described the statement as “a brazen cover-up of his responsibility,” which left him no choice but to withdraw his support from “a man I once admired from a credible president to a small-minded bureaucrat.”

What is striking about the resignation, however, was Prof. Walden’s decision to remain as a member of Akbayan, despite stepping down from his post as party-list representative. According to Prof. Walden, while he no longer shares Akbayan’s position of staying in the administration, he has no intention of abandoning his party. Far from it!

This is a far cry from the behavior of most politicians who, when they are about to switch to another party, would invoke one of the most infamous phrases in Philippine history: “My loyalty to my party ends when my loyalty to my country begins.”

First uttered in 1922, that line was used by then-Senate President Manuel Quezon to explain the apparent rift within the Partido Nacionalista – between the Collectivistas whom he headed and the Unipersonalistas of Sergio Osmeña. In that same speech, which he delivered at the Manila Grand Opera House, Quezon told his listeners that “from the moment that my convictions do not coincide with the ideal for which my party stands, I consider it my duty to leave it.”

Unfortunately, this quote has been repeatedly abused by today’s politicos who jump from one party to another, without regard for program or platform. Of course, Quezon delivered those words in the heat of the moment – while he was engaged in a bitter, internal debate with his own party-mates. It was also a time when the nation was just learning the ways of party politics, and a period when most Filipinos saw parties as self-interested factions fighting for the spoils of power.

But loyalty to one’s party does not have to undermine our bigger loyalty to the country. On the contrary, our love for the nation can, in fact, be expressed through our political parties. Simply put, patriotism – like love itself – has to be expressed through action. And it is groups (like parties and social movements) that provide shape, structure and direction to political action. They are the ones that channel our patriotism, making it more tangible, visible and concrete.

Prof. Walden’s recent political act is a good case in point. Not only was it a statement of principle, but it also speaks of democratic political maturity. It shows how a person can reconcile the tension between his individual political disposition with his responsibility to a cause, a collective or a party. He gave up his post as Akbayan’s representative due to his disagreement with the party’s position on the Aquino administration. However, he remains a well-respected (and dues-paying) member of the party.

Of course, any individual member can take a different position from that of his party. If you can convince other people about the merits of your arguments, it can even be welcomed as a minority position or tendency within your organization. But that does not mean you now have to abandon your party and head out on your own. As long as you still share the same vision as well as fundamental ethics and values of the party, there is no reason to leave. And this is the same logic that applies to all other large organizations, even those outside of politics.

The difference, however, lies when you occupy a key leadership position, especially if you happen to represent the party in the legislature. Asrepresentative, you embody the general will of your institution. You cannot perform that role unless your will gives way to the collective will of your party. That is party discipline in action and party politics at its best.

Prof. Walden has shown us how to do it, and hopefully, other elected officials can do the same.

And that, Tita Whitney, is where resignation letters go. – Rappler.com