How a citizen-led power system can disrupt energy sector

Apr 15, 2015 2:15 PM PHT
Ted Aldwin Ong
Facebook Twitter Copy URL
Copied
A citizen-led power system will steadily serve as a threat to private companies and will dismantle monopolies in the power sector in the long run The power crisis that the country faces today brings back to the fore of public discussion the issue of energy security.

What happened to the energy sector after the government passed the Electric Power Industry Reform Act (EPIRA) that paved the way for privatization of the energy sector? Did power end-users benefit from the conversion?

The passage of EPIRA in 2001 ushered a new era in the country’s power industry. It somehow brought fresh hope among people with the belief that the government’s inefficiency in running a state-owned power sector will be solved by going private. The conviction that private is more efficient and least corrupt are indicated in the many success stories that were used by the gurus of privatization to push for the full conversion of the country’s power industry.

Yet 14 years down the road, many communities continue to wallow in darkness and are without electricity. Instead of establishing a more competitive energy market the result was poor competition and a monopoly by the few influential families that control the power generation sector. The market, likewise, heavily favored the use of fossil fuel instead of clean renewables in spite of the passage of the Renewable Energy Act in 2008.

The case of Iloilo City under Panay Electric Co. (PECO) is one of the best examples.

This is why many institutions today are going into research to look at what better models can be adopted and what kind of system can best serve the interest of power end-users, who, after all, pay for all the cost – even though it’s the private companies that operate the entire system today.

Stephen Hall recently shared an article (“Is distributed energy the future of power”) in the Agenda in the World Economic Forum website which tackled a model called “civic energy sector.” The idea was grounded on researches undertaken by a consortium of researchers from universities in the United Kingdom which recognized that citizens and communities can form a civic energy sector and can “revolutionize the way we generate and use energy.”

The civic energy sector can be developed so that citizens will have the capacity to run or operate energy projects in their respective localities. They can be provided new ways to invest in local energy resources via energy “crowdfunding platforms.”

It was recognized, however, that “civic energy would need some early support, but it could soon become the natural preference over what an increasingly outdated utilities sector is offering, having failed to anticipate the potential of local energy and what consumers want from their energy providers.”

The civic energy sector looks like a new idea but it is not new in the Philippines. In some island barangays or even in urban poor communities, there are similar initiatives. The idea of how it can be put into operation varies from place to place, depending on the context of the community. 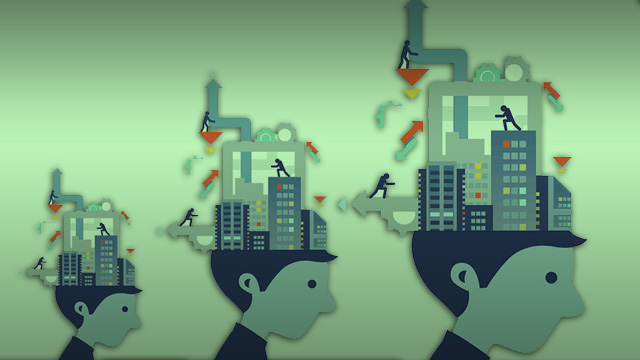 In Iloilo City, there are people’s organizations that are managing the barangay or community power distribution system. There is one being operationalized by urban poor associations such as the Bolilao Empowerment of Neighborhood Association (BOENAS) in Bgy. Bolilao in Mandurriao district and another one by Bgy. North Baluarte Paglaum Community Association (NBPCA). These associations are also organized by non-governmental organizations. The former is by the labor party Partido ng Manggagawa, while the latter is by Signpost Philippines Inc.

The benefits of having to manage its own power distribution system is three-fold: it minimizes power pilferage and illegal tapping by illegitimate power end-users; it prevents fire, which in many cases, has burned down entire communities, because of illegal connection; and, it has empowered people in communities by acting as a collective rather than going individual.

Professor Roberto “Obet” Verzola has also imagined a similar transition. In his research, “Crossing Over: The energy transition to renewable electricity,” Verzola explained that the Philippines has enough physical resources that can be utilized for renewable energy projects and are within range of financial viability.

Verzola also discussed the net metering system as the power system of the future, especially with the growing acceptability and affordability of solar photovoltaic at the household level. In the days ahead, households will no longer be just end-users of power, but they will likewise become generators of electricity with the use of solar power.

The net metering system has been adopted by many countries. Citizens who are using solar power at the household level now have access to a mixed source by being connected from its own power system from solar installed at the household and from conventional power dispatched by power distribution companies through the power grid.

Through the net metering system, household power can now be dispatched to the power grid especially during hours when solar power is not fully utilized at home. For instance, if Mr Juan has solar power installed in the roof of his house, he can utilize it in various ways, from providing its household need for lighting up, to running appliances. But Mr Juan does not stay at home 24-hours a day yet his solar power generates and stores electricity all day long.

In the hours that Mr Juan is not using solar power, say, from 9:00 in the morning up to 5:00 in the afternoon, it offers a good opportunity to dispatch power generated from his solar power system to the power grid. Mr Juan will again use it by the time he arrives at home. It makes him now also a generator of energy, and whatever amount he generated and dispatched to the power grid will be computed versus his consumption of conventional energy sources. This makes him part of the net metering system.

This kind of power system will have an off-setting effect. A power end-user earns from the power that he generated at home for it can be deducted from his actual consumption. The system once mainstreamed will gradually make baseload plants like coal plants obsolete. We will no longer need big power plants.

Verzola, however, emphasized, “Utilities do not like net metering, for obvious reasons. They think consumers should be paying utilities and not the other way around. Luckily for consumers, the Renewable Energy Act (RA 9513) requires utilities to implement net metering, as long as the size of a solar PV system is less than 100-kw-peak.”

The new models being developed and now being adopted by numerous countries will deliver more bad news to the big monopolistic companies in the energy sector. A citizen-led power system will steadily serve as a threat to private companies and will dismantle monopolies in the power sector in the long run.

Models like the associative power, power systems run and operated by cooperatives, or civic energy sector will open new debates on energy security. But one thing is for sure, it will reshape the future of the energy sector. – Rappler.com

Ted Aldwin E. Ong is a social development worker based in Iloilo and a senior policy analyst of the Center for Power Issues and Initiatives.