They asked for mercy, but there was none 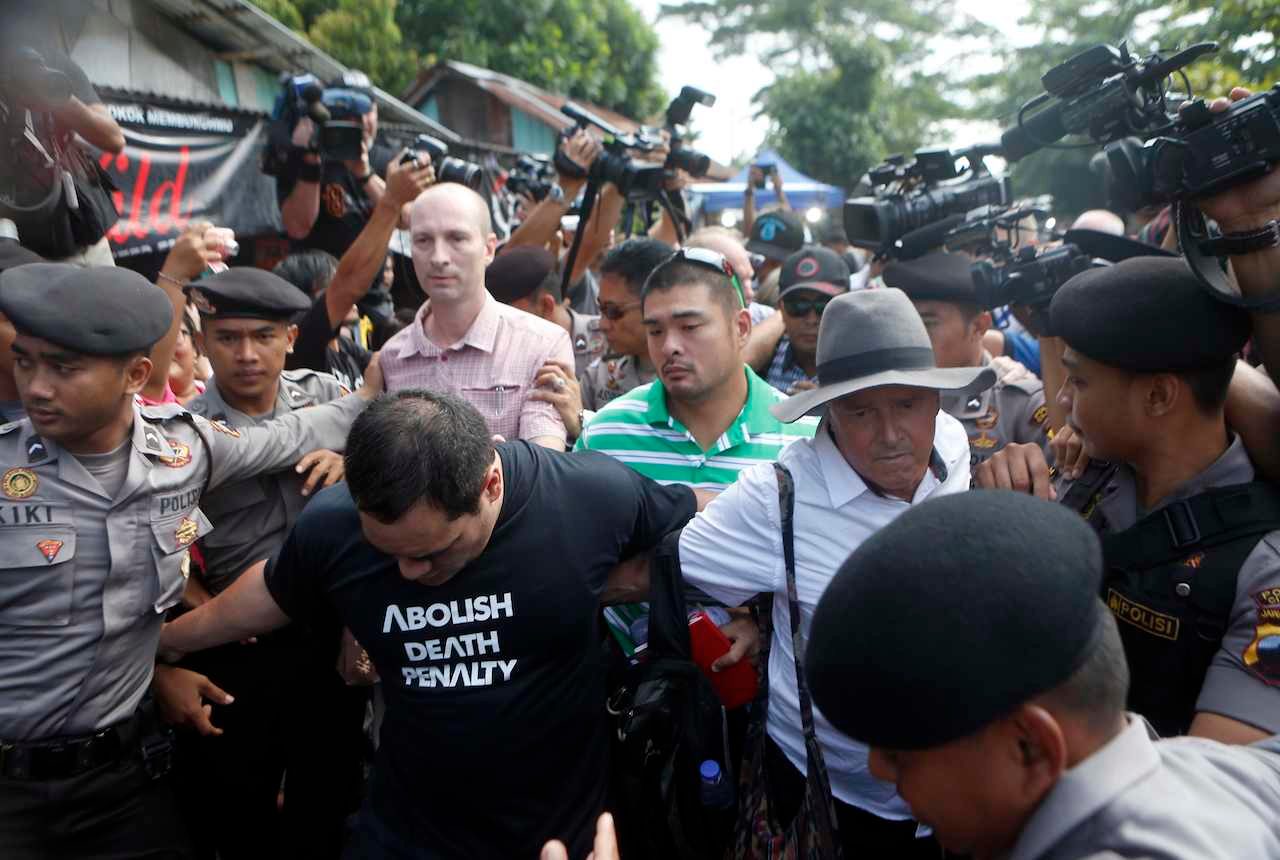 Like so many around the world, I was hoping Indonesian President Joko Widodo would pardon the 8 condemned at the last minute. They asked for mercy, but there was none.

I can try to understand their anguish but I can never understand why they had to be shot to death especially after they had repented and shown remorse. (READ: Indonesia executes foreign drug convicts, defying global anger)

At that moment my wife, Kim, happened to be reading an article by Wang Mingdao. She showed it to me. Then I understood why Jokowi could show no mercy. But they did not die in vain. All 8 refused the blindfolds. They stared death in the eye and sang hymns and praises to their God till they were cut down by the cruel burst of gunfire.

Indonesia, as in many countries like Malaysia and Singapore, imposes the mandatory death penalty for drug-related offenses even though there is no empirical evidence correlating the death penalty to crime reduction. This barbaric law has no place in our society, any society. There is absolutely no justification.

Given a chance, criminals can be reformed and even transformed as in this case of these 8. The sane thing to do is to give them a second shot at life but the law as it stands is impotent to do this. This is where grace steps in. Amazing Grace.

Immediately following their executions, the families of Australians Myuran and Andrew said in a statement: “In the 10 years since they were arrested, they did all they could to make amends, helping many others. They asked for mercy, but there was none.”

Reading the article “The Relevance of the Atonement” by Wang Mingdao (1900 – 1991), it became clear to me why the Indonesian law could show no mercy to the 8 even though there is a provision for presidential clemency. They had asked for mercy, but there was none.

Wang, who was among the pioneering Christian leaders in China like Dr John Sung and Watchman Nee, was no stranger to suffering. Both he and his wife were repeatedly tortured in prison and labor camps for 22 years simply on account of their beliefs. Mrs Wang was released only in 1973, blind in one eye, and Wang in the end of 1979, old, toothless, and nearly blind and deaf.

Wang cited the case of a murderer who repented and became a Christian and who had been “completely reformed,” yet was eventually executed. He too had asked for mercy, but there was none.

He wrote: “As we talked about this matter (with fellow Christians) I sat on my chair and thought…Was God’s law even more severe than man’s? Was God not holier than man? And did not God hate sin more than man did? If that was so, was it not perplexing that one who had repented of his sin could be forgiven by God but not forgiven by man?”

He said, “I continued to ponder this question when suddenly an important truth lit up my heart like a flash of lightning.” He continued: “The explanation was clear. God could forgive this man, greatly though he had sinned, because where God was concerned there was a Savior. That Savior had already accepted punishment and died in his place. Yet where the laws of the land were concerned there was no arrangement (indeed there could not be) for a savior to die in his place. So although he had shown contrition and had repented, it was till necessary for him to undergo the punishment ordained by the law.”

Those who were executed asked for mercy, but there was none under the law of the land. However, when they asked for grace, it made the difference. A crowd of relatives and local Christians had kept a candlelight vigil outside and someone recited part of Psalm 23 – The Lord is my Shepherd – in Indonesian, “Sekalipun aku berjalan melalui lembah bayang bayang maut, aku tidak takut bahaya,kerana Engkaulah yang menyertai aku.” (Even though I walk through the valley of the shadow of death, I will fear no evil for you are with me).

The 8 then walked to their death singing “Amazing Grace.” – Rappler.com

Bob Teoh is a freelance journalist in Malaysia and a former prison volunteer and missionary. He was formerly the secretary general of the Jakarta-based Confederation of Asean Journalists.