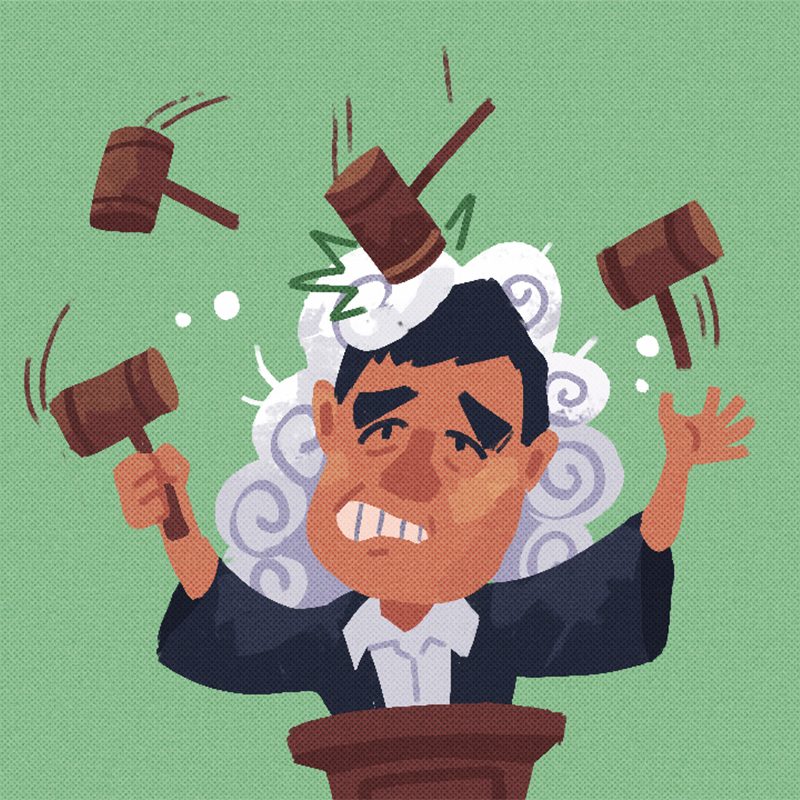 To the people who idolize Raffy Tulfo, who see him as a human alternative to our justice system, a one-man court of all levels, who cooks up decisions fast and easy, you might not like what you are going to read, but try to think first before you get mad.

On March 24, 2004, he wrote in his tabloid column “Shoot to Kill” about a foreign exchange dealer named Michael Guy. Idol Raffy harped in the vernacular that Guy had asked for protection from then finance secretary Juanita Amatong to stop the department from investigating him for tax fraud.

That particular column resulted in a multi-million peso libel suit by Guy against Tulfo and the tabloid Abante Tonite. During the trial at the Regional Trial Court of Quezon City, the defense was able to force Tulfo to admit that he merely relied on secondhand information fed to him by a “reliable source,” and at the same time, that he had not performed due diligence to ascertain if the information were true.

Unimpressed by his explanation, the trial court found Tulfo and executives of his newspaper guilty beyond reasonable doubt of the crime of libel. They were ordered to pay Guy the amount of P5,000,000 for actual damages, P5,000,000 for moral damages, and attorney’s fees amounting to P211,200.

An appeal by the accused failed to secure a reversal, but somehow the appellate court reduced the damages to P500,000 for moral damages, and P500,000 as exemplary damages, while retaining the attorney’s fees.

The complainant Guy, upset with the decision of the appellate court, filed a petition for review on certiorari with the Supreme Court. Tulfo et al, however, no longer contested their conviction before the higher court, leaving the Supreme Court to decide only the civil aspect, which is the amount of damages the complainant Guy deserved to be paid. Their only participation in the Supreme Court proceedings was to file comment when ordered, and Tulfo et al argued that the Court of Appeals ruling on the damages must stand since Guy failed to prove actual damages.

In 2019, the Supreme Court handed its final decision, retaining the Court of Appeal’s recommended moral damages and attorney’s fees but adding a P1,000,000 fee for exemplary damages.

This should be the end of the story. Until a new twist came along.

Today, Tulfo is eyeing a seat in the Philippine Senate as an independent candidate during the national elections in May next year. He is on fire, if surveys can be trusted, although recently the lead was reportedly snatched by the multi-billionaire real estate tycoon-turned-state construction czar Mark Villar.

Funny how some things we’ve done in the past have a way of coming back to bite us in the butt. The libel case should, if this country still believes in the rule of law, automatically disqualify Tulfo in the race to the Senate. The decision on that case is all over the internet; just ask Google – Michael Guy vs. Raffy Tulfo, et al. (G.R. No. 213023, April 10, 2019).

Batas Pambansa Bilang 881 or the Omnibus Election Code provides as ground for disqualification under Section 12 the commission of a crime involving moral turpitude.

Libel is a crime of moral turpitude, and all debates have been put to rest insofar as Supreme Court rulings on the subject are concerned. In the case of Ty-Delgado vs HRET and Philip Pichay (G.R. No. 219603, January 26, 2016), the respondent, already a sitting congressman of Surigao, was removed from office based on a past conviction of the same crime of libel.

One dramatic side bar that should be mentioned here is that the disqualification case of Pichay is so closely intertwined with the criminal case for libel entitled Tulfo vs. People of the Philippines (G.R. No. 161032, Sept. 16, 2008).

That familiar name again. However, this is not idol Raffy but his younger brother Erwin. The case arose from a series of articles that Erwin wrote against a Bureau of Customs lawyer. He too was convicted, earning his stripes in the battlefield of libel suits the Tulfos have become famous for.

If this were a battle of popularity, that libel conviction of idol Raffy wouldn’t stand a chance. His cult following will choose to exonerate their man in a heartbeat, the same way that people picked Barabas to be freed. But this is a democratic country, with a covenant to the rule of law and a promise to keep to their children to give them leaders who are decent, upright, and beyond reproach. – Rappler.com

Adel B. Abillar is a practicing lawyer and journalist. A caring and profoundly nationalistic person, he is still working hard at being a loving husband to Arlene and the coolest Tatay to Ulan, Sining, Alon, and Laya. He can be reached at atty.adel@gmail.com.